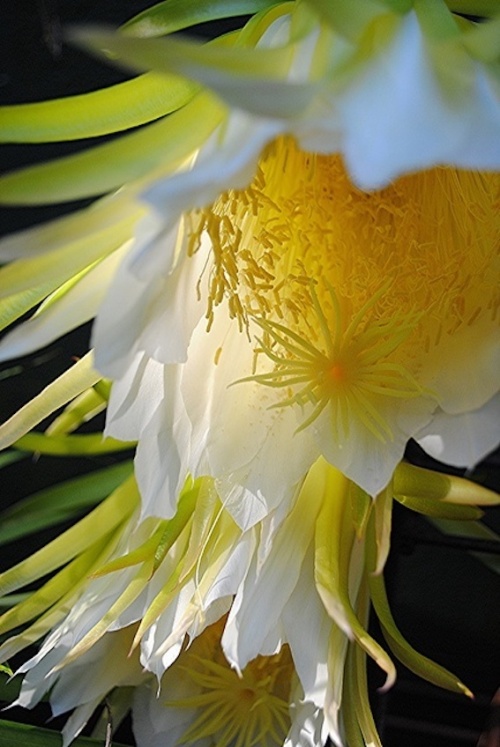 With my impending hospitalization two weeks from now, and North Korea’s Kim Jong Un sending missiles over the water in preparation to attack US military sites in Japan (the primary one being Yokosuka, where I am having my surgery! Yey!) ; with fascist governments on the rise left right and centre in Europe and Marine Le Pen about to ascend to the presidency of France, as well as utter madness reigning in the country formally known as the United States Of America, forgive me if I am in the mood for escape.

Going up the escalator the other day in Fujisawa, in yet another moribund department store from another age – that dying breed, where the aged shop for wigs and overpriced cardigans and parasols and umbrellas and pearls, and muzak floats above the generally empty floors, and assistants surreptitiously glance at their wrist watches… to my surprise and suddenly revivified heartbeat I unexpectedly came across a small, temporary concession by a vivacious lady selling perfumes.

Naturally making a beeline straight for the most tropical (oh TAKE, ME, TO, ARUANDA), from just one sniff I knew I simply couldn’t resist buying Puakenkeni  – even though it wasn’t cheap – because  HOW MANY FLOWERS MUST HAVE BEEN USED IN MAKING IT?

Lush tropical flowers rise up from the bottle; rasped with apple -like undertones and harshish FKA twigs of greenery and indolic, island realness, but, really, this is just the real smelling flowers from the plushfully, leifully, fragrant bushes of the Fagraea Berteriana species, indigenous to Hawaii.

Oh how I have been enjoying this. Natural it may be, but rather than the cool-breathed cream of the plumeria and other white flowers that I know so well in perfume and in the flesh, to me this smells fuchsia- red : purple, even (if it were a man-made perfume it would be a cross perhaps between Chanel’s Gardenia – which is why I put up that post again the other day because it so reminded me of it – plus a touch, if you please,  of Christian Dior Poison – I wore Puakenikeni out on the town in Tokyo on Saturday night – my last time of socializing and flamboyance before I start hunkering down pre-operation, and this perfume smelled GOOD, really nice – I was drenched in it, essentially, though I had applied it much earlier in the day; had my hoodie togs dipped in the Chanel Gardenia  extrait (another one of my weirdo tricks),: and then just before I met my friends, a touch of vintage Poison esprit de parfum, just a microscopic dot on each knuckle, as the compliments flowed in …………….’.god, you smell divine...’); full, sharp, alive, upbeat and healthy, but drying down – and this is the best part for me – to nothing but flowers.

So many ‘soliflores’ or floral melanges end up as either modern, or old-fashioned, musks, or else there is ‘cedar’ and ‘vanilla’ and, horror of horrors, ‘blonde woods’ and all the rest of it, and this can be nice if you are always intent on the full fragrant pyramid; insist on the full encyclopaedic note-fest; but sometimes, you know,  I just want that stamened, petallic flora.

The end notes of Puakenkeni,  – and they last all day in the most subtle, but sentient , skin scent – are just that; blue sky dreams;  jasmine-like fusions with the body and the mind ; an oasis of wind-kissed evasion:  : : :  and a chance, throughout the day, to just forget all the ugliness that is going on this strange, twisted, world of ours, and to instead just focus on the beauty.