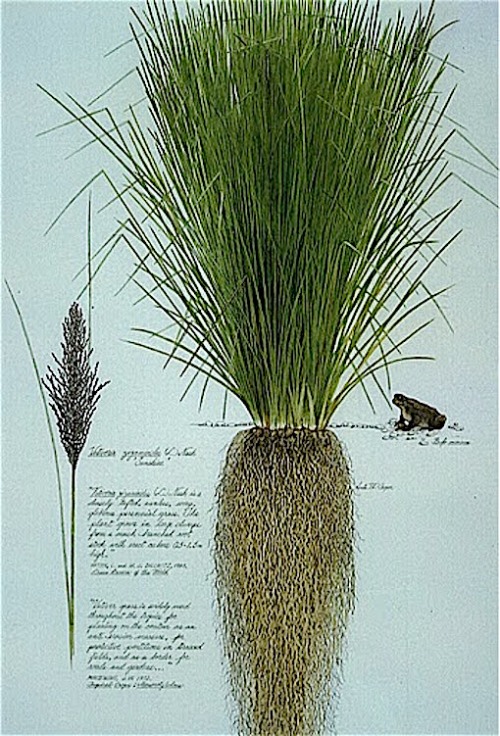 Pathetically, typically, infuriatingly, I have lost my glasses – the very day I am leaving England, making the last morning and evening with my parents more stressful and predictably Neilish than it need have been: I now face an endless flight back to Tokyo via Istanbul just able to see, but with strained eyes, the films that are necessary for me to weather the journey; will no longer be able to read the fascinating biography on Barbra Streisand I picked out from my mother’s book collection upstairs (I know, what a cliche of me, but I am loving the story of her phoenix-like rise out of emotional abuse and poverty and her absolute will to become ‘a star’, loving it); ugh, and even this, although I have just gone out to Boots and bought some ‘reading glasses’, meaning I can see the print but everything looks blurry and dizzy beyond, will have to be shorter than it might have been otherwise.

Not that I have been writing very much at all while I have been here, as you will have perhaps noticed. I have been all over the place, and not had any internet access while on the move on the train; seeing family and friends, more overbooked than I would have liked but then again you have to see people and I need that emotional connection: a lovely few days with D’s nephews and nieces in Norwich; trips to London and Portsmouth, time just spent here with my parents in the greenness of the garden watching the birds in the feeders, the constant rain and occasional glimpses of sunshine such a familiarly drab backdrop that my spirits have been absorbing some of that classic Englishness, even as I have one eye (myopic) firmly fixed on the warmer weather and cherry blossom that awaits once I get back tomorrow morning then face the anguish of an immediate return back to work on Friday.

England smells different to Japan: the air is clearer, sharper, the breath of the grasss, and of clouds, and of different trees. More replete for me, obviously, with memories that go back to when I was younger. People smell differently, too. Like Japan, the unscented are unscented, but those that are smelly here seem more so because of economical difficulty or indifference to hygiene ( in certain areas I sometimes have just felt that I have been in a George Romero zombie movie: the great unwashed: people shuffling along, grey and pasty-skinned, getting their shopping and substandard sandwiches: I have definitely missed the zing in the engine that is Tokyo); on the other hand the slower paced, less cravenly sacrificial society here, where people enjoy their private time – a much more gentle and self-centred (self-sufficient?) way of life, certainly has its cheery pluses, very far away from the cigarette breathed, dentally challenged reek that is often the norm in less smell-conscious Japan (where there is no fluoride in the water), and where many late middle-aged men, in my opinion, should be arraigned and given compulsory smell sense lessons, mandatory by law. Many of their young, freshly scented female office workers, at any rate,  would certainly be thrilled.

People here, obviously, do wear more perfume than they do in Japan, although I must admit that there has been less than I would have expected, or liked- and when I have smelled fragrance on people it has been crass and disgusting – no beauty in it  (the difference being when spent with my own friends and family: a deliriously good night of perfume was had when I went to the cinema with Helen to see the brilliant film The Square, last year’s Palme d’Or winner from Sweden at Cannes: she had booked the sofa seats at the back of the cinema where you could order drinks on your phone: I had spent the entire day bathing and preparing for the evening, doused in Indian Vetiver Khus oil worn in advance until it got to precisely the right level of scenting; coconut shampoo and conditioner, L’Occitane body lotion (the same smell as that lovely original hand cream), and by far the piece de resistance, and the scent I have been wearing the majority of the holiday, vintage Paco Rabanne Calandre Extrait, so silvery, green, beautiful and detached, yet comforting, soft and elusive that Helen was deliriously inhaling my sillage as I did hers; the vintage Chanel Cuir De Russie extrait I gave her the last time I was back which, like Tabac Blond, she renders mysterious and cold-warm and beautiful- she is always so effortlessly elegant); such pleasure to be immersed in absolute cinematic brilliance (the film is hilarious), imbibing big glasses of red wine, while swirling in a glorious aureole of each other’s perfume – this was an evening that I loved (“Swoon“, she said, as I leaned in with my perfume surrounding me from every angle); in Norwich, also, Duncan’s mother Daphne, intuitive with perfume and a giant consumer of it, wore the Lancome Sikkim I gave her mixed with some Ungaro Diva and a touch of Santa Maria Novella Patchouli for a dry, exotic, alluring aspect; Duncan himself took to wearing the Cardamom Coffee by Gorilla (delicious and dirty on him, very chocolatey), the bottle that Olivia and Greg bought me as a replacement for the ridiculous broken one; my sister was rocking her L’Artisan Nuit de Tubereuse with her usual sassy aplomb, while my mother had a daily change of perfumes at my behest, the most surprisingly stunning being one day when she wore an old bottle of Rochas Lumiere that I had given her last time she was in Japan, and which smelled almost unbearably fantastic, perhaps the best solar jasmine olfactory experience I have had in my entire life. Truly alive.

Perfume. The populace, as you already know, when they wear perfume, the ladies wear sickly vanillic florientals, and the gents wear horrifying sports scents, now with a requisite nuclear strengthed fake oudh chemical that I find so objectionable I can’t even find words for it. You get no scent, the smell of unwashed clothing and greasy hair (Japan is definitely way more immaculate in this regard); or this clobbering nasal aggression that makes me want to rewind the clock and do some kind of sabotage to prevent the oudh craze from ever happening (or just to have kept it in the Arab countries whence it originated and smells good when done in the proper manner). Ain’t nobody need, for example, a fake oudh note in the base of a verbena perfume, like there is in the base of Roger et Gallet’s Verveine Utopie, which starts off fresh and lemonish ( I love a good verbena note when I am in the right mood), but you immediately, in the back drop, sense that familiar slither of aggression and reject as it is just so unnecessary. No, on another lovely day in the town of Leamington Spa, a place half an hour from the more underinspiring place that I come from, Solihull ( I would go on pretentious aspirational days out to Leamington Spa as a seventeen year old, so much more pleased by its beautiful white Georgian buildings, nice tea rooms, and the park with the fountain), and it was lovely to go back there again on a nostalgia trip with my sister, going to all the charity shops looking for cheap bargains, and making a beeline for the lovely Cologne & Cotton, middle England at its most typical (but kind of lovely); all linen and towels and handwashes and soaps; their own range of well made perfumes; and a nice stock of French colognes: : I opted for a 500ml bottle of their Verveine – unsullied by bullshit, just clean and citric and perfect for the Japanese heat when I encounter it again in just a couple of months, and far superior to any other verbena cologne I have ever smelled before, like the L’Occitane, which again, like the Roger et Gallet, I find overburdened with aromachemicals).

Tubereuse Hedonie, on the other hand, a generous helping siphoned up from her own giant 500 ml bottle for me by perfume utopian Olivia, is a delight – and when I go back to work after Golden Week (the other spring holiday we have in just three weeks time (!) it will be my Work Scent. Clearly by Ann Flipo – anyone who knows L’Artisan’s Chasse Aux Papillons will immediately recognize this as a direct reworking; just tarter, fresher up top, less lindeny romantic flowers, but the same essential tuberosian structure, and more suitable, actually for a man. I have often considered buying the Papillons but there was always something just too femininely giddy in it for me to carry off convincingly; this is a stripped down but clarified cologne version that smells lovely on my skin and will probably become a regular signature. These things matter to me, they bring structure to my life, let me hone in on myself again if you know what I mean; it has been lovely in many ways coming back here – I needed to do it, absolutely, I needed to connect with my roots and just be here in England for a while. Eat all the calorific things I wanted to eat (fish and chips, roast beef dinners, Cornish pasties, Bakewell tarts). Just sit and watch English television.I also know though that for the time being at least, my creative life and my real base, permanently temporary though it may be, for the time being is in Kamakura, where the blossom will be out, the sun shining, the temperature higher – a woozy, future-filled, Japanese spring.

See you on the other side.