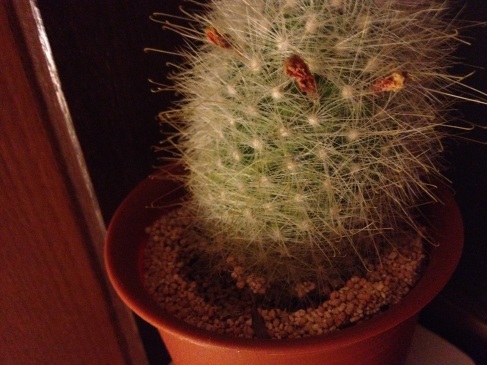 When I lived in North London I used to go to a very eccentric cafe called The Raj. Up some flights of the stairs in the Highgate Village was what seemed to be some kind of dilapidated, walled-in gypsy rose caravan, where Sunday breakfasts could be had at a snail’s pace as the dust motes of the years travelled slowly in the light, and cosy Londoners nursed their hangovers with the full English Monty and their thick newspaper supplements.  Albums proceeding on the  record player in the corner gave a pleasing aspect of homely, teenage bedroom reality: the stylus would come to a halt amid the sound of chaos from the kitchen, the crackle on the loping grooves of the vinyl only adding to the atmosphere. You let the  click.    click  fade into the general ambience of coffee mugs and trays being carried back and forth into the kitchen where a hodgepodge of spices (cumin and sage especially) was thrown into the often bizarre, haphazard creations. 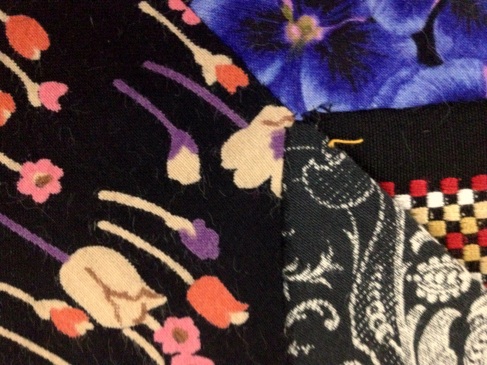 It was a really lovely place, and I have no idea if it still exists. But I imagine it would : the place was a real local favourite, despite or because of the thick-carpeted scruffiness and the sense that the proprietors were making everything up as they went along. Those egg-cracked red velvet curtains that you imagine had never been washed.

Illuminum’s Black Rose is like the rich, textured, olfactory version of this place. A London-exotic, hippyish tapestry: of lentils, mystics, and dusty old pot pourri; a thick, woody rose perfume combining rose otto, Taïf roses and Moroccan rose essence with a big dash of cumin, saffron, and black pepper. Dark, dry Mysore sandalwood (the perfume’s heart), and Somali golden frankincense form the foundation on which this rests, all amounting to a generous and androgynous scent that I find very appealing. It is the kind of perfume you wish your university professor had worn, sat benevolently in her study in a thick-knit cardigan; or some neighbour whose door you sometimes knock on to borrow a bag of herb tea, to sit and chat with over Vashti Bunyan.

What is so good about the scent is the lack of jarring edges. All has been blended as if in an Arab alembic; fused together, tarry and benevolent as a unguent. As time goes by it just gets better, deeper, has even more aura….

The only complaint I have about Black Rose is that it should, instead, have been called Raja Musk. Somehow this would have been the perfect name for the scent, given it even more mystique.  The actual Raja Musk is an inconsequential take on the modern laundry type of fragrance, in the manner of CK Be, and has nothing to do with what you might expect from such a scent (I was yearning for something diffident, Indian). Instead, shiny, synthetic top notes (” pear blossom “, ” red currant” ) and muguetty, Zanussi musks uneasily mingle in a soapsud formula that is very expensive, and ‘clean’, but which wouldn’t be out of place in a Gap store.

No: in my mind, Raja Musk is my fusty, good-hearted, old-friend-in-the-making Black Rose.

Shall we meet each other there next Sunday? 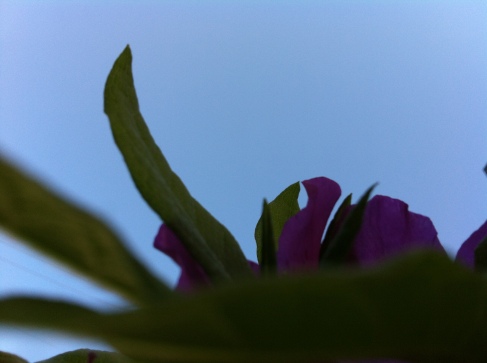 The pungent white flesh of the tuberose is a famously love-or-hate-it note in perfumery, but for lovers of the flower like myself, this floral intoxication by Illuminum is a boon: a full-bodied, properly tropical tuberose with all the mentholated salicylates we expect in the top notes – that peculiar rush of wintergreen that life-like tuberose scents must include – yet smooth, enveloping, and wearable. The medicinal top notes are embodied here in the flowers themselves, rather than floating in gasolined ether à la Tubéreuse Criminelle (Serge Lutens); the scent also more sensual than the studied pallor of Editions de Parfums’ Carnal Flower. This tuberose is rich and ylangy, with hints of clove and fruited intimations of banana; but with none of the creamy, buttery elements found in certain types of the genre such as Blonde by Versace or L’Artisan Parfumeur’s Tubéreuse. Moroccan rose absolute, and Atlas cedarwood fortify the flowers behind the scenes, adding weight.

While very much enjoying the uninhibited beginning of Moroccan Tuberose, I steeled myself for disappointment, expecting the scent to become overly creamy and extravagant as time went on, but in fact the best was yet to come: the dry down is in fact my favourite stage of the fragrance. A lingering, tropical breeze, as serene as a southern beach hut where you lie, pleasantly exhausted after a swim in the blue, as the sea air replenishes the room. It is an accord I find immensely appealing.

llluminum is an indie perfumery based in London and this is the first scent I have tried from their extensive range. I am now eager to explore further as I am already craving a full bottle.

Coming soon: what happens to the tuberose when it falls into the clutches of Madonna.