LILY OF THE BOTTLE 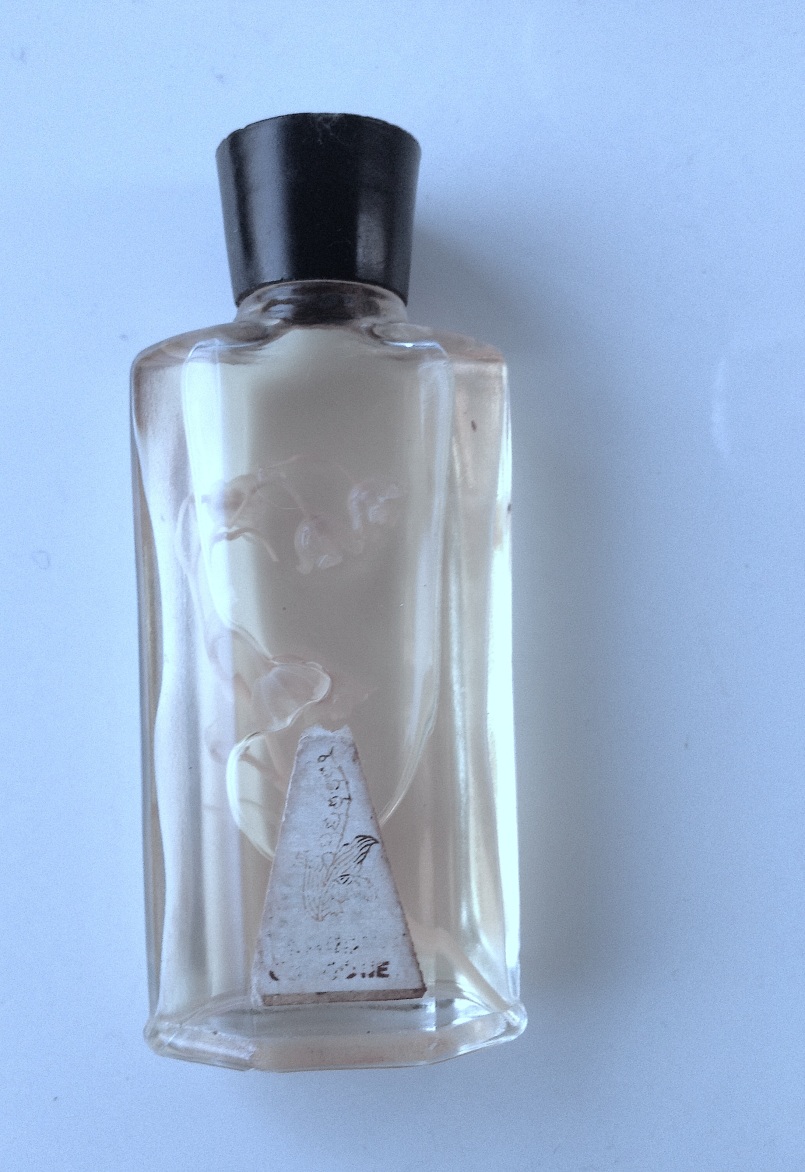 Just got in from a wild and fantastic weekend in Tokyo (though the cat was unimpressed that we didn’t come home last night).

Much to write about, which I will do I think tomorrow.

When you wake up in Tokyo on a Sunday morning though, obviously the first thing you have to do is hit the flea market to pick up some perfumobargains, even if it was FREEZING cold, inside and out, and I don’t know how on earth the vendors could bear to sit on their blankets in such Arctic winds.

Today was one of those plentiful days, where there was tons of vintage L’Air Du Temps and Diorissimo about for some reason, Chanel 22 and things like vintage Y soap sets and an EXQUISITE, but overpriced, Mitsouko Eau De Cologne in square bottle that I really wanted for the design of the flacon alone but couldn’t really afford to buy.

I left it there, beautiful and unpurchased.

The perfume above, though, I couldn’t quite resist somehow. An old lily of the valley number I can’t identify (does anybody know it?) with a very real looking muguet flower in the bottle, actually floating at the centre of the liquid (it’s probably made of silk).

This ‘suzeran’ (the Japanese word for lily-of-the-valley) doesn’t smell quite as good as it looks though,  unfortunately, and so for the time being it has been placed in Duncan’s ‘cabinet of curiosities’, where it seems to have found its natural home, there being, I think, something a bit ‘Franken-Muguet’ about it, like creatures, suspended in formaldehyde.

Incidentally, in case you were wondering about yesterday’s post, ‘Dead Taxi Driver, Tokyo’, which I realize was quite bizarre (but which I just couldn’t restrain myself from putting up on my iPhone in the heat of the moment), we were on our way to a friend’s movie premiere  – just the idea of which I found ridiculously exciting: it was a FABULOUS evening – navigating the labyrinthine streets in the heart of the city, searching for the theatre, and I passed this taxi in which the driver was profoundly asleep, looking dead. Japanese people sleep ANYWHERE and EVERYWHERE; on buses, on trains; I have even seen bus drivers asleep at the side of the road. There is no taboo about sleeping, even at people’s houses, which might come as a surprise in the ‘land of manners’. Almost as if, if you are comfortable enough to just fall asleep after dinner, it is a compliment to the coziness of the host. Construction workers, come noon, will just curl up on the pavement (literally), like cats, and snooze…

Seeing that we were on the way to a cultish action b-movie though, I couldn’t resist the noirish image of a ‘dead taxi driver’, somehow (the nerve-tingling tension that he would wake up as I approached the glass with my camera), although I wondered if some people might think it was an actual shot of a cadaver. I would never do such a thing, though, obviously, the irony being that it is usually me, rather than Japanese people, who alerts authorities when there is a dangerously drunk person staggering precariously on the train platform, or a person who looks dead on the street (once there was a man just fast asleep on the sidewalk but he really looked as if he were unconscious or no longer breathing, but everyone, except a very concerned me, just passed by without batting an eyelid). That is Japan, though: if it’s not my business, it’s not my business. .

No, this taxi driver was just stretched out and relaxing, ‘dead to the world’.

And in a city as sprawling but as safe as Tokyo, even at night he had nothing whatsoever to fear .

Tagged as safety in Japan 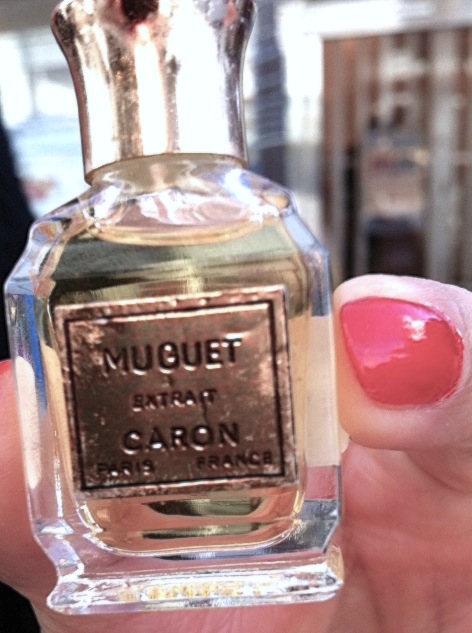 Me, on the telephone.

Duncan in the shop.

“It should be somewhere to the left, near the top. You might have to move some boxes”.

“It should be there. White box. Nina Ricci. Nina parfum. Rare, 2500 yen, perfect for mum as a Christmas present. She used to love it and I’ve never seen the parfum before. Damn I should have bought it when I saw it”.

“Tartine Et Chocolat…..Cabochard…..two other Nina Riccis but not that one……..

Setsuko says she has just found a Caron Muguet Parfum”.

“She already has. She likes the smell of it”.

See her gloat with her red, polished nails.