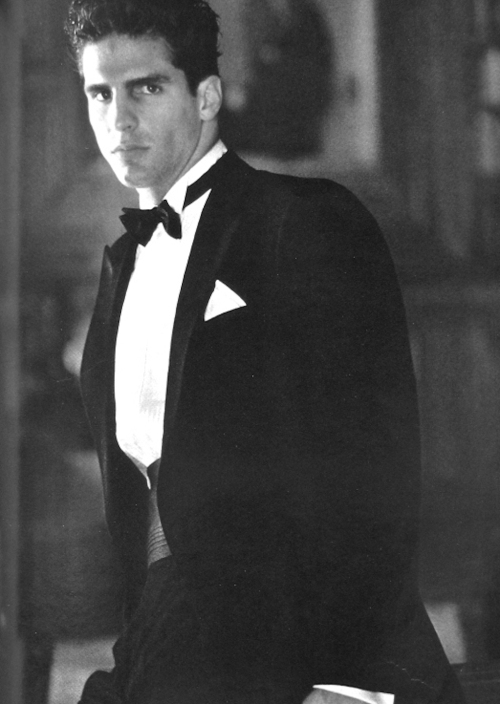 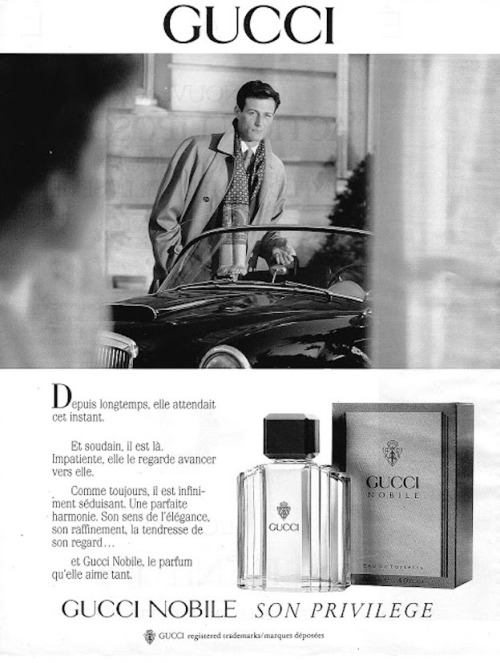 I NEVER wear scents like this. Never. But stinking, pre-shower, on a hot sultry afternoon here just before taking a bike ride to exercise the old legs,I decided to spritz myself with something, anything, so as not to offend any passersby I might encounter on the street with my stench. Something strong. And somehow, there was a quarter full bottle of vintage Gucci Nobile there by the bathroom sink, an unwanted throwaway that D had picked up for nothing at some recycle shop or other, and before I had even finished sniffing it I had sprayed it on my sweating T-shirt and was quite impressed by the pong. Real manly stuff.  Full of tight herbs and lavender; granite hard. And off we went.

Returning after my masculine bike ride and after my shower, strangely, I felt like wearing this again. God knows why. So I have sprayed it all over and it is suiting my mood. I feel kind of 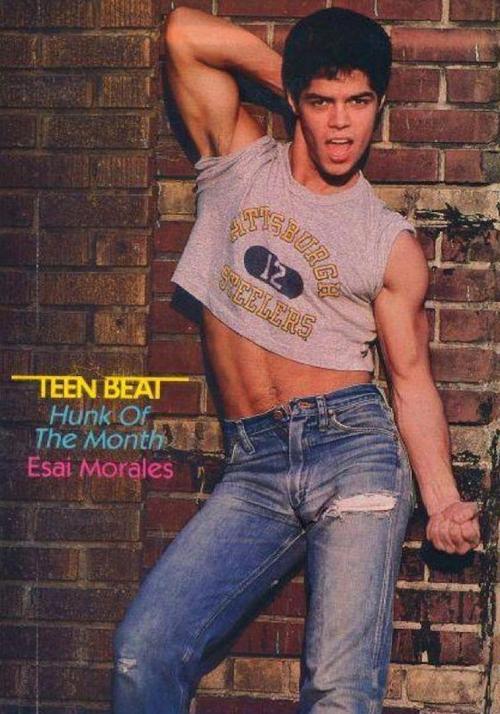 Quite sexy in a way. Nostalgically macho. But clearly well made.

This might not be the last time that I wear 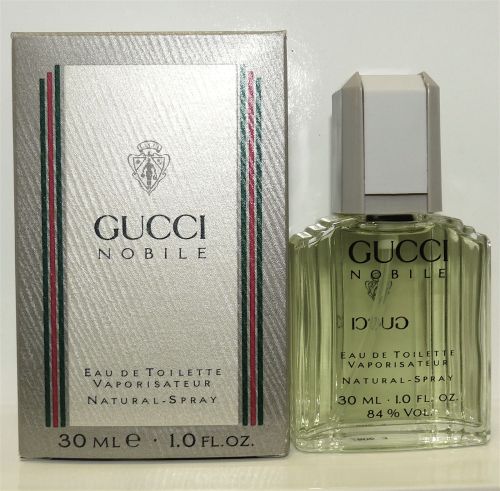 Do you ever go off on odd, irrational and unexpected scent tangents like this?

Tagged as Gucci Nobile, Off his rocker 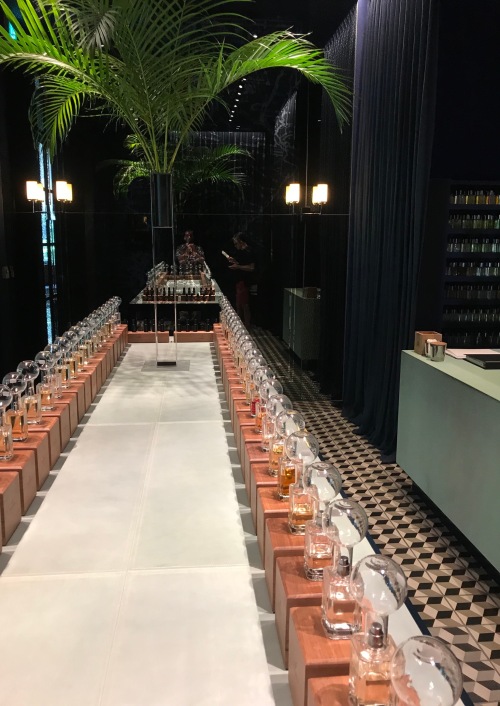 At Fueguia 1833 in the Hyatt at Roppongi,  and L’Officine Officielle Buly today in Daikanyama.

I am TOTALLY NICHED OUT

( you can see me and D endlessly sniffing at the end of the second picture. Fueguia had SEVENTY perfumes, some of them quite intriguing, but even so…)

Some perfumes I have liked, and would wear. And might buy ( like L’Orchestre Parfum’s gorgeous frankincense, Encens D’Asakusa, or L’Histoires de Parfums’ dreamy Madam Butterfly.) Even if, on the whole I sometimes I feel that with all these never ending grim hipster smoked woods and Burning Barbershops and pretentious conceptual nonsenses it’s as if no one has ever got over CB I Hate Perfume and Comme Des Garcons two decades after the fact: everything MUST be metallic and off putting and smell of sinister priests or gunpowder or blood or some other extortionately priced humorless claptrap.

But sometimes  I just wish there were more JOY in it all.

Any thoughts on any of the above brands?

Tagged as FUEGIA 1833, L'OFFICINE OFFICIELLE BULY, Some notes on niche 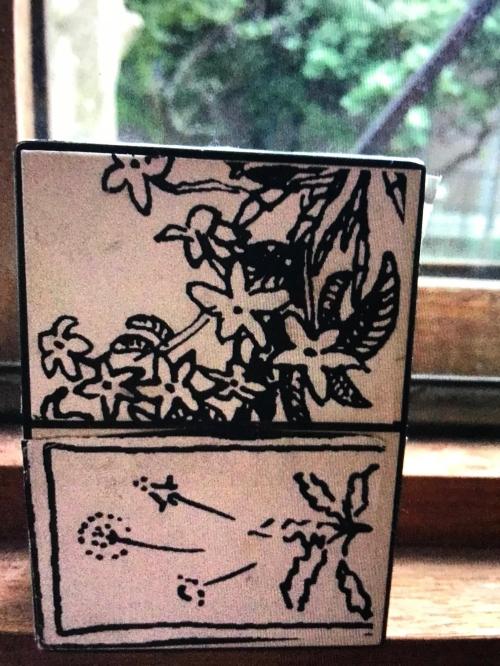 I decided to take a break from writing yesterday afternoon, because enough is enough sometimes, no matter when the deadline is, and we cycled round to the new house of Aiko, my ‘Japanese sister’, who I have known since she was a kid when I first moved to this area in Kitakamakura and we befriended the Mitomis, our neighbours, greengrocers, landlords  – and family, basically, who have been such an important part of our lives these last two decades. Birthday gatherings, New Year’s Day celebrations, summer festivals, hosting both mine and D’s parents for dinners when they come to stay with us in Japan – the bonds are very strong.

Aiko is all grown up now, and has done very well for herself, living in a beautiful, simple, light-filled house they have renovated  surrounded by green – about five minutes from where we are – with her husband and three year old son. She seems very happy. Living in the area that we do – an ageing demographic, like much of Japan, where the streets are not plucked of weeds every five minutes (which suits me perfectly – I love the wild ramshackle aspect of it all) near all the zen shrines, but not near the tourists……this area has been my oasis all these years, a place I can genuinely relax and wind down from the more hectic aspects of Japanese life elsewhere, despite its inconveniences. It is difficult for me to imagine living anywhere else, and telling, also, that all the Mitomi children have also decided, after being in different cities in Japan for several years, to return to the nest, all living not more than ten minutes away from the main Mitomi house.  This neighbourhood at the top of a mountain has real pull: there is a sense of community. And some indefinable, special energy.

As we entered the house and were given the ‘grand tour’ yesterday, the first room we went into happened to be where Aiko keeps her modest, though well selected, perfume collection. I suppose one of the pleasures of hanging out with younger people is sharing your loves and passions, and if they are influenced in some way that enhances their life it is certainly quite an enjoyable thing. In the old days we would have cinema evenings with food and wine, and of course perfume – it wasn’t quite teaching her English so much as her just being naturally immersed in it-  and it quickly became obvious that Aiko has a definite inclination towards scent- her favourites, and bottles she ordered for herself from the Palais Royal in Paris, being Fille En Aiguilles and Sarrasins (which she smells amazing in: it wasn’t until I smelled it on her that I finally understood the full redolence of that unmistakeable perfume).

A definite jasmine lover then. Which is why, I suppose about ten to fifteen years ago,  for one significant birthday or other  – although I had totally forgotten about its existence until I saw it there on the shelf  yesterday – I must have ‘made’ her a perfume. Smelling it again, and wearing a little as we chatted over cakes and umeshu plum liquor, the scent completely intact in its photocopied, re-upholstered Chanel box, I realized, or had vague remembrances of, blending various jasmine perfumes (Le Galion Jasmin and the original Gianfranco Ferre, and possibly one more) and then adding various jasmine, and other, essential oils (this can’t have been cheap and is totally indicative of my ridiculous profligacy over the years) – and it was hardly, it goes without saying, haute parfumerie. Not at all. In fact, it was a bit of a mess, in truth: I don’t think I really have that talent –  I am just too eager, and extravagant. I have no restraint (nor any knowledge of, or remote interest in, chemistry), so I could never be a perfumer in a million years. But even so, ‘Le Jasmin D’Aiko’ did smell kind of nice, I must say; florally potent; evocative of another era, tender; warm. 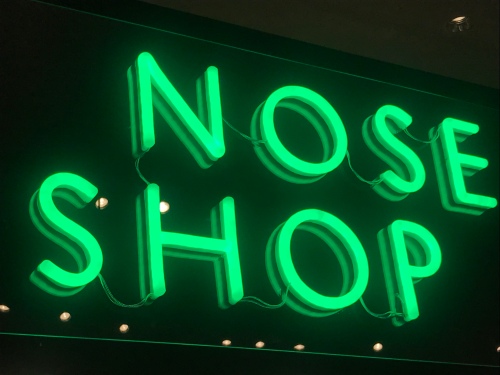 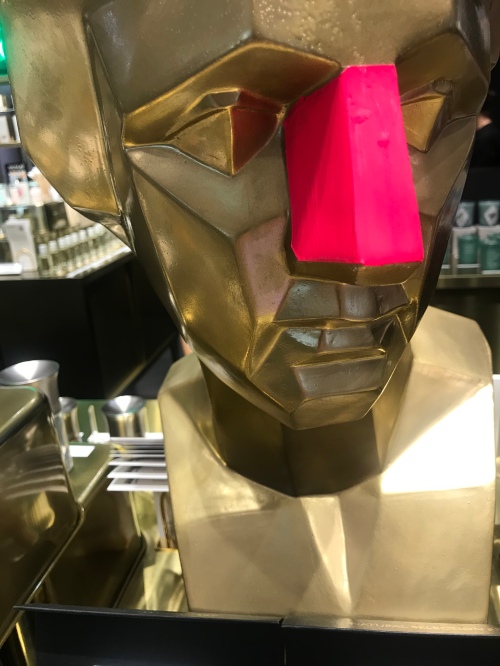 It was was a good idea to spontaneously go to this great new niche emporium in Ginza, to do some last minute research.

But it was a bad one to then get on the rush hour train in Tokyo, DRENCHED in full strength scent. 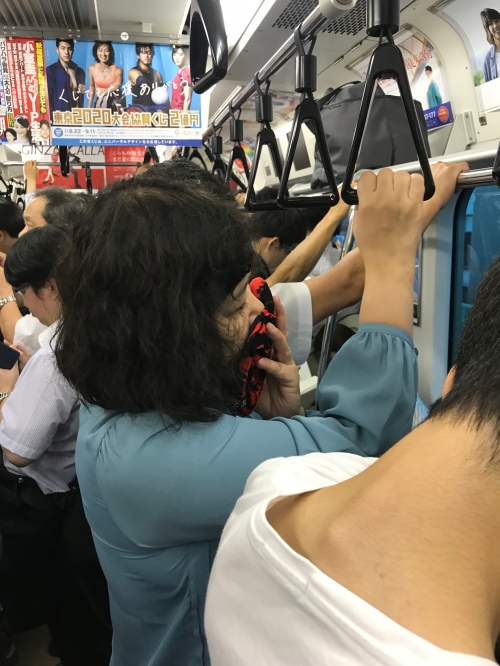 INTO THE LABYRINTH: : NOMBRE NOIR PARFUM by SHISEIDO (I98I)

via INTO THE LABYRINTH: : NOMBRE NOIR PARFUM by SHISEIDO (I98I)

Look at those labels ! 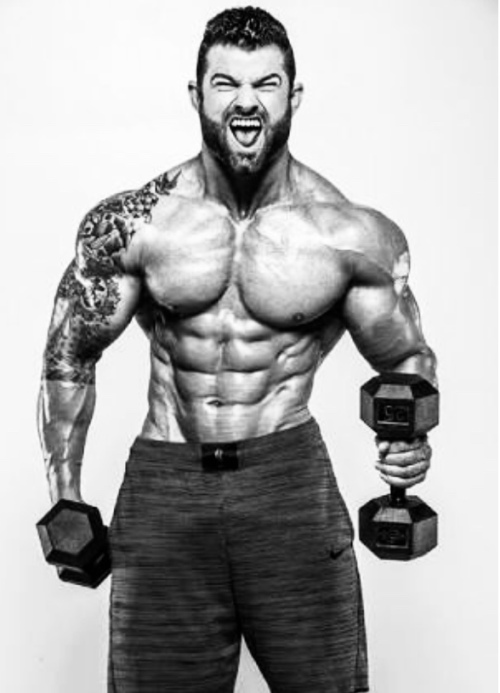 Walking into the Shinagawa branch of Dean & Deluca’s for coffee with some friends on Sunday, rather than the usual cinnabon latte odours of the quiche and delicatessen swirling temptingly around us as I would normally have expected, instead, in its place, there was a monoblock olfactory moron of oud chemical idiocy that was so encompassing in its horrifying all-pervasiveness that it was like having my head, and my nasal receptors ( and, intelligence, also ) unwillingly hijacked by its sheer blockheaded ugliness and crassness.

The culprit? I don’t know. But it was coming from one of three groomed and musclebound gaijin sat together in the corner, probably after a grimacing couple of hours at the nearby Gold’s Gym. After showering. Poured into their tight-fitting tees: and thigh clinging Lycra.

Maybe it was the new Dior Sauvage Eau De

Or it could have been one of any number of hideously brutalizing recent men’s releases  whose nuclear strength, and hulking assaults on the senses,  just make me want to 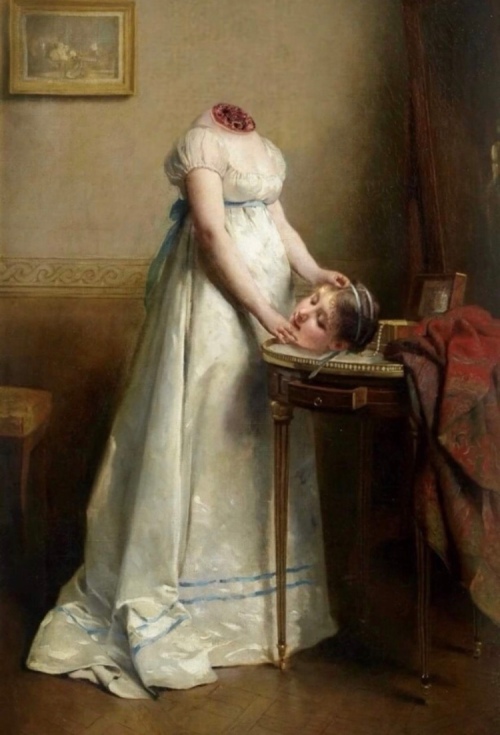 Coming home later in the evening on the train, I was suddenly plunged into an equally space- eating, but this time quite definitely familiar, masculine scent. All ozone and marine greenness and decade-ago gay club cliche,  I quickly realized that this was someone, out of eyeshot, doused in Armani’s Acqua Di Gio, at one time the best selling men’s fragrance in the world, as ubiquitous as its successor, the very nasty One Million by Paco Rabanne (one of the precursors of this bash-you-unconscious with-preposterone trend that so sickens me), but which, in retrospect, inhaling its unforgettable orchestrations for the journey back ( because I had no choice: also, as strong fragrance is so rare here in Japan to encounter it in such abundance makes my head spin ) I realized was actually vastly superior. At least in the Gio there is some gradation and airspace within the fragrance’s character: an orchestralness from the myriad of included ingredients. Some gentleness, or a hint, at least, perhaps, of human thoughtfulness. Although I never liked that perfume, while I was smelling it last night and making personal mental associations, I had to concede to myself that this former model of ‘masculinity’, in comparison with  whatever the brute at Dean and Deluca’s was wearing, was almost heavenly.

It is only in retrospect, sometimes, that we realize what we have lost. And got, for our sins, in exchange: scents of rage and aggression very suited to these cheap and bigoted, Trumpian times where the worst instincts of human nature are being jack-in-the-boxed out into the open and legitimized; perfumes that are more like basic weaponry : cretinous and clobbering scents of ‘strength’ and debasing ‘maleness’  I find just monstrous. 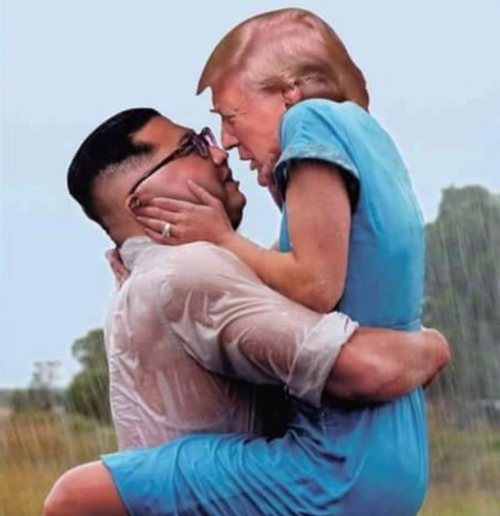 FINALLY this term has finished and I can get on with writing this book. It has been an incredibly hectic few months and at times I have felt an erosion of my sanity creeping at the edge of my conscious ( I love the heat at home, but working in it has been punishing- complete  renal overload).. Also I have realized : teaching and writing, though they flow into each other, when attempted simultaneously, are for me mutually incompatible. If I get into my space I can’t connect with the students, and if I teach properly I am too emptied to even write a word. Trying to get the first drafts in ( and then waiting to see if they are liked) while finishing the end of term courses has thus been a total mindfuck: the house is a slagheap, perfume samples everywhere; I haven’t been able to think straight or sleep well or know what to include ( my god there are SO many perfumes now – it’s out of control: do you even TRY to keep abreast of it all? And so many are shit! All those tedious woods drydowns…… trite dregs abound, so little inspiring…) At times I have wondered, deep down, whether I am even up to the task.

Anyway today I am taking a couple of days off from it all : I need to loosen up my brain a bit. Mong out. I am on my way to Tokyo, as pictured, to an underground cabaret event in Tokyo in which Duncan is performing as a 1920’s chameleon (‘Leon Charme, with an accent on the final ‘e’):  we will stay in a hotel, maybe go to the flea market tomorrow and catch up with friends, and I might go back to Parfums Satori to refamiliarize myself.

I want to just be, and absorb. Watch. Smell. Perfume-wise, today I am in total vetiver mode : two different Indian Khus oils, Nubian Hemp and Haitian Vetiver body lotion, some Roger Et Gallet Vetyver:  and also a couple of spritzes of the Green Tea cologne, on top : to keep  El Gringo fresh.