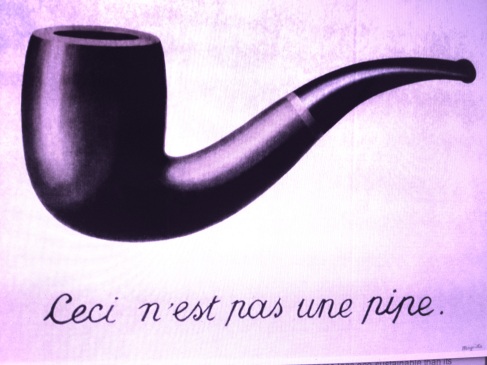 ‘Who’s smoking a pipe? I could swear someone’s smoking a pipe’ said my Japanese colleagues as I sat, silent and embarrassed (but amused) at their reaction to my wearing Hot Couture to the teacher’s room one cold winter morning.

Trying to decide what I thought about this perfume (given to me by a friend who had found it just that bit too much), aromatic, flavoured (raspberry) tobacco was actually the first thing that had come to mind, so it was hilarious to have my initial instincts confirmed. Hot Couture, which came in a fantastically passé and non-ergonomic sculptured bottle – so eighties, so c h i c  – is a peppery, aromatic and vanillic framboise: an unusual main note for a big house perfume, and perhaps the reason why, like all the best perfumes, it has disappeared (the eau de toilette is a fresher, floriental raspberry scent). From a distance, though, the eau de parfum really did smell exactly like pipe smoke; curls of thick, woody, vaporous raspberry.

Hot Couture is a pretty good scent I would say, worth picking up if you find it cheaply somewhere: nice on either sex, cosy and distinct, but with its atmosphere of smoke-infused nightclub cloakrooms – and swathes of thick, rising, dry ice on the dancefloor – I have to say it doesn’t leave much room to breathe.

THE UNFORBIDDEN : L’INTERDIT by GIVENCHY (1957) 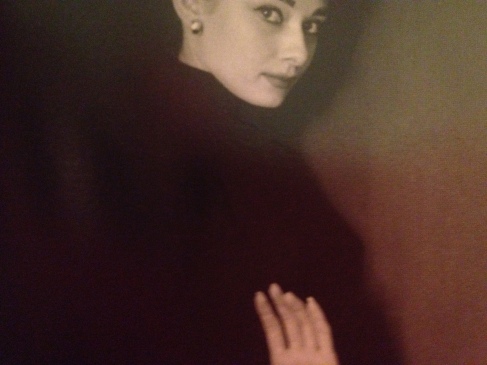 In Japan Audrey Hepburn is adored. She was the ultimate gamine, the incarnation of the Caucasian ideal, and her films’ popularity never seems to wane. In the princess fantasy of Roman Holiday or the artless guile of Holly Golightly, Ms Hepburn had an unthreatening innocence, a natural sense of style, and a beautiful, swan-like elegance that blinded people, in my view, to the limitations of her acting (which I am sorry to say I always found a tiny bit grating.)

Her face is, though, a popular choice with advertisers here, suggesting a bright-eyed innocence and impenetrable perfection.  There are notebooks, calendars, mouse-mats, and you often see it plastered over one of the Japanese banks who use her as their ‘mascot’ (all banks have one – I had Tom and Jerry on my bank card for ten years which I always found a bit silly, but it is even more difficult to imagine Audrey Hepburn emerging from the ATM, plasticized and smiling).

A long time before she became an oriental gimmick, however (revenge for the insulting racial stereotype of Mickey Rooney playing Japanese in Breakfast At Tiffany’s)? Audrey Hepburn was famously the muse of Hubert Givenchy  – who dressed her in Charade and other films –  and this was the fragrance that was created for her sole use until it was later released to the public: a precursor, if you like to the world of Celebrity Fragrance, though at a time when designer perfume had so much more cachet.

But despite its name, L’Interdit (‘forbidden’ in French) is, in my view, a rather uninteresting scent. Taking all the features of the classic floral aldehydes, but much thicker, woodier; dowdier, it emerges as a kind of flat, common denominator. The rose, the jasmine, the ylang ylang, the iris, the violet and the woods are all there as they should be, and it’s all fine, and perfumey, and ‘eventful’ and quite gaily and dustily ballgowny with its top note of cloves and sweet, fifties strawberry,  but somehow it remains dull. For me it never really soars, in the way that other scents of the type, such as Liù, Detchema, and of course Nº 5, do, with their champagne, aldehydic citric sparkle. I have had several bottles of the vintage parfum from Tokyo flea markets and have always come to this conclusion: there is something missing, at least in the perfume’s opening and middle stages. The base, in the vintage, however, has an insinuating, myrrh-dusted vulnerability ( musk, benzoin, tonka bean and frankincense) that redeems the perfume with a certain tenderness you won’t find with others of the aldehydic persuasion – whether there is often nothing but musk – and I can imagine that there must be some people out there hankering for this more original accord that does have clout.  Still, despite this latter feminine warmth, there is nothing, to my nose at least, in this staid, conservative perfume that speaks of the forbidden.

This really was the scent of Audrey Hepburn, incidentally. It is said that upon her death, musty, powdery exhalations came from all her closets – the smell of l’Interdit, lingering and sweet, still clinging to her dresses.

NB: L’Interdit has changed many times. This review is of the vintage parfum. The scent was relaunched in the late 90’s in a completely different fruity floral version that everyone ignored, and then was recently released as part of the classic Givenchy series, where it was  more polished, less fusty, but still rather unmemorable. I would very much welcome other slants on this scent though as I fear I might be doing it an unjustice.