Each morning when I wake up I reach for a scent ( I am surrounded by perfume, our bedroom a museum ), just to start the day, to line it with smell, to dip it in my reality. This morning, I was for some reason drawn towards Fame by Corday, an obscure and rare perfume I found at a second hand store in Kamakura and which I haven’t spent much time with, but which this morning, a hot and steamy affair with the cicadas outside in new chorus, and the plants on the balcony suddenly splurging in growth, suits the deliciously humid heat of summer mood perfectly.

This thing is gorgeous. And it’s nice for once to experience a vintage perfume that is not fixated on elegance, motherhood, tenderness, wistfulness, vulnerability, girlishness or societal righteousness, nor, on the other end of the scale, on glowering, femme fatale tropes of the Barbara Stanwyck school of cigar-toting double indemnity. Usually, much of the old scent is centred around these good girl modes of smelling, of being either the future wife, or the devilishly irresistible, but dark and a touch self-hating, fur-draped bit on the side.

Fame, however, is far more independent, existing more for beauty just for beauty’s sake, more self sufficient and independent to the point of foolhardiness: this woman (thinks that) she just doesn’t need anyone else  – except, perhaps, for her audience. The perfume, golden yellow with tropical pollen,  is a rich, solar, velvet-moth jasmine, cushion motes leaning beneath its corona of captured white flower essences;  civet and tobacco flower, benzoin and Peru balsam;  nods, perhaps, also, to the exquisite Vol De Nuit by Guerlain in its jonquil and irisian purrings, and also the lovely Bourjois Soir De Paris with its almost medicinal, antiseptic glow. Like gardenias in the dead heat of a summer’s night, lurking in the shadows of bushes but breathing steadily, the flowers in this perfume are bodied, stamened, and three dimensional – not compromised nor prettified à la Ricci; entombed in glacial splendour à la Chanel; nor even luxed and powdered into fulminations of gloriously beautiful parfum, à la Guerlain.

Rather, all here is as free as the waters of a beach: liberated, touched by soleil: a flower perfume, long gone but captured in my bottle and alive, and heady, a scent that this morning I am finding to be quite delightful, even inspirational.

Tagged as Fame by Corday review, the sultriness of summer, vintage jasmine perfumes

For happiness…………….. some Chant D’Aromes by Guerlain 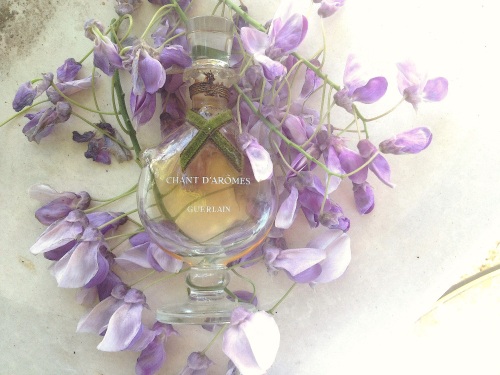 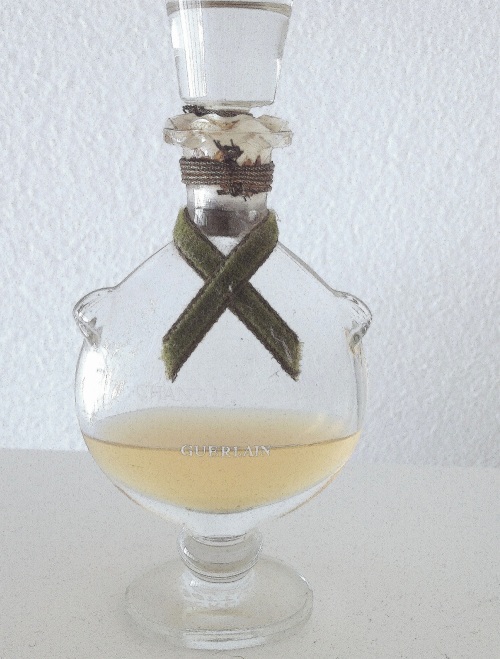 Tagged as Odd Japanese seaside towns, When you need to get away, You can find perfumes in the most unexpected places 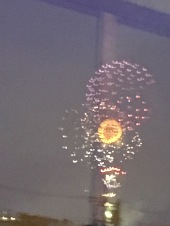 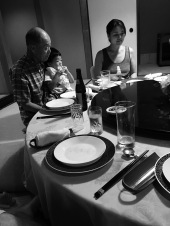 I bought Duncan a full, very discounted bottle of Gucci’s now discontinued ( and very much sought after ) cult scent Envy the other day. A spiced incense – but not in the mahoganied, lifeless, niche and mainstream current manner ; the accents are all tilted and upturned towards ginger, mainly ginger, over pimento and cardamom and opoponax and woods and all good things, very deep and lower registered, a factor I used to find disconcerting and strange, but which I now find draws me in. To think that this was once just a mere high street designer number strikes me now as astonishing. How thin, mean, fatless yet aggressive our day to day perfumes seem now in comparison with this suavity.

The boy hasn’t been wearing much scent though recently, it must be said, having bizarrely sustained hydrangea poisoning ( who knew they contained cyanide?) when using armfuls of flowers ripped from our garden and strapped to his body for a performance piece at our Trapezista a couple of weeks ago.

Result? Full dermatitis and insomnia- it has been a ratchety and highly strung, sweltering couple of weeks, I must say, but I think he is getting better now, well enough anyway to wear the Envy, just sprayed, instead of on skin, on the fan you see above, for the fireworks festival tonight in Kamakura.

We had been invited by our lovely neighbours and ‘Japanese family’ the Mitomis to view the proceedings for the first time from the serene environment of an old, famous Chinese restaurant established in 1947 called Kaseiro, just a minute down the road from the Great Buddha.

Thank God. I had rushed out of my workplace into a panic inducing, if beautiful, thrum of young men and women in summer yukata kimonos, families all excited for the occasion, young lovers, school children, old timers, foreign tourists, but it was too much. Apparently 200,000 people all crammed onto the beaches last year and it really felt like it this year as well. I am not very good in the throng, and  was very relieved to be able to turn down a side street,  and then make my way to the restaurant, which I had never noticed before, and which was a picture ( and taste) of that old fashioned, Japanese Chinese.

Delicious, actually. And when the room got a bit too warm as we came to the end of the fireworks and our meal, the low, warm incense smell of Envy emanating slowly from the waves of a black fan was the perfect accompaniment to the old furnishings, the swish of the waitress’s pink satin kimono, and the lingering excitement of the fireworks outside, beyond the glass. 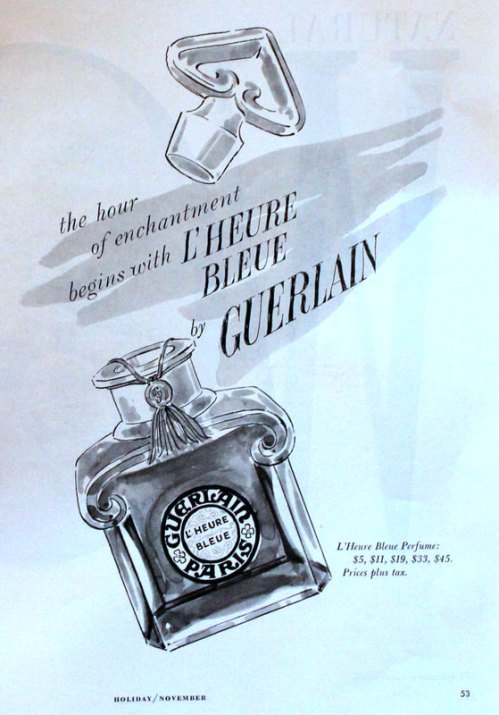 Lip-pinched gin lemon on an immaculately tendered lawn. Beyond: the spruce trees. In the foreground, a sedate, but rather formal pock, pock, pock of summer bowls as a white, pristine, ball runs slowly, but surely, along the grass.

A quietly gentleman-ish English idyll, inspired by the grand, stately home of Bleinheim Palace in Oxfordshire, ancestral home of Winston Churchill and other Dukes Of Marlborough –  Blenheim Bouquet is a discreet, and muted, citrus green that I bought for Duncan recently at a discounted Yokohama emporium. Fresh, refined, but faint, this scent has a discreet dourness to it – very removed from reality (just like the upper classes that have always ruled the land):  a consummately realized contusion of lemon and pine, pepper and lime, and a subtley sun-dried lavender.

Short-lived, but with a pronounced and effortless delicacy, this pleasant, if inconsequential, early creation by Penhaligons, even in this (probably 80’s/90’s re-introduction), has that pre-war, shuttered, nightingale glimmer: the satisfaction of knowing that you are alright in your world of comfort and seclusion: that all things are in place as they should be, yes,  just so.

Across the lake, the city of Paris is now proliferating in all its creatively glittering, roaringly twenties condescension. The couture houses are in motion, and perfume is soaring; Chanel is taking the metropolis by storm and Francois Coty is in the last twilight of his alchemy (Paris was one of his very final creations), a miniature, boxed extrait of which I bought recently from a Kamakura antiquery, and which I had, I admit, initially dismissed with one cursory sniff as ‘just another of those powdery floral aldehydes a l’Interdit (which I was never really fond of) -but which, now that I come to try this perfume again, on night at home in bed, I find to be fulfilling.

Sweet. Powdery. And then some. But also thick, uplifting, light, heady :all heliotrope, lilac, ylang ylang and jasmine/ Bulgarian rose (there is more than a hint of Patou’s Joy in the head notes, though that classic was yet to be invented, again showing this Corsican genius’ prescience): swoopingly feminine, musked, and melancholy ( one can only imagine the pleasure that this perfume must have given to women in its heyday as they got ready for an evening with the products sat alluring on the dresser) :  the unfettered, and more joyful, cousin of Caron’s original Fleurs De Rocaille (one of the most heartbreaking perfumes ever made, in my view) and Chanel’s own inextinguishable and more baleful No 22, which had debuted merely the year before. In this precious vintage formula, untouched for many years, hidden in the dark of its ornately decorated paper box,  with her doomed-to-be Tonkin musks and powder-pressed floral essences, this Paris, is, in all truth, an anachronism:  beautiful but almost unwearable, like a ghost, or a genie, that has been suddenly let out of its bottle full of Jardins Des Tuileries prettiness and alacrity, her optimism for the future and what possibilities there may be to come, still pitiably alive, and intact.

Infini is probably the vintage perfume I have found the most at flea markets in Japan:  I have had bottles and bottles of it. Some of which I have w…

THE EMPRESS OF MOSS: MITSOUKO by GUERLAIN (1919) 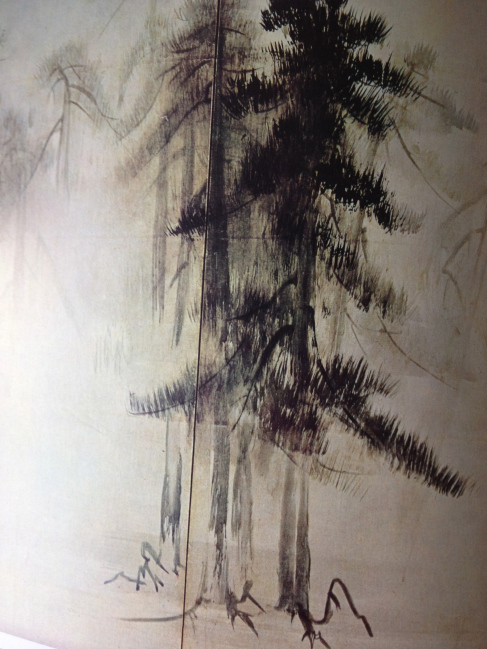 Source: THE EMPRESS OF MOSS: MITSOUKO by GUERLAIN (1919)

GREEN DAY: What is cool and refreshing on a hot afternoon? (starring OMBRE HYACINTH by TOM FORD, from the JARDIN NOIR COLLECTION (2012)) 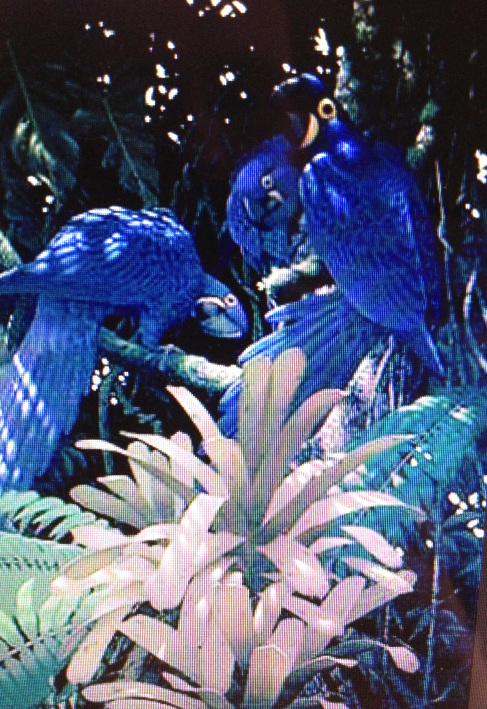 I can’t deal with the world right now. I can’t write, either.

I can only delve back, on The Black Narcissus, into more dreamy, sylvan mind scapes.

Source: GREEN DAY: What is cool and refreshing on a hot afternoon? (starring OMBRE HYACINTH by TOM FORD, from the JARDIN NOIR COLLECTION (2012))