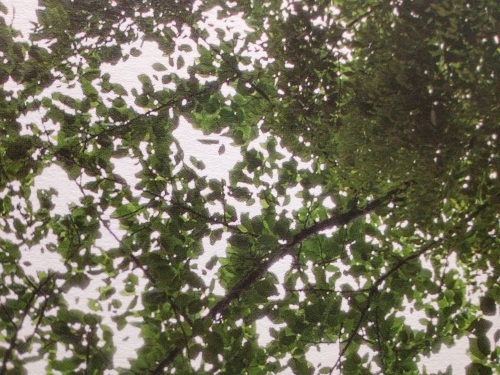 Much of the criticism aimed at this somewhat maligned creation  – a green, restrained, but equally stimulating scent made exclusively with all natural ingredients by the understated doyenne of deft, Olivia Giacobetti,  is for its fleetingness. Gone in sixty seconds, people say. Cannot be considered a perfume, say others. Ridiculously short-lasting, the consensus.

And it is true: Nugreen, an original and rather odd composition of chlorophyllic freshness and light consisting solely of ‘crumpled mint leaves’; grass notes, tarragon, Indian botanical musk, and cedarwood, does disappear from the skin rather quickly.

This is not, then, a scent to be worn to the opera, a party, or a wedding (unless you are one of those people, like myself on occasion, who just yearns to find a place to get away from all of the shrieking and hubbub and hide behind some shrubbery in the garden) – but then, I don’t think that it was really intended to be.

The gentleness with which the accord initially bursts from the skin, in a refreshing, pale, bright cusp of green, coupled with a certain rigor of spirit – a thirst for the outdoors, for a pristine, herbaceous tranquillity – make the scent strangely appealing to me, when I am in the right mood, like a Zen Buddhist retreat in the woodlands of Shikoku.

Then again, from another angle, it is hard to say whether the perfume is in fact unresolved, if it needed to be more (I do understand the ‘this is not a perfume’ detractors, as Nugreen does feel almost terroristically anti-perfume, even avant-garde in its scything through the established formats of perfume construction with its single blade of grass.)

Nor, importantly,  do I think it is especially beautiful. There is something peculiarly savoury and ‘unpretty’ about ‘Nu Green’: grossly obstinate and unyielding in its lightness. Psychologically, it possesses a deeply repressed passive-aggression, stemming possibly from the quietly rasping, dry and oxygenated cedarwood aphorisms at its heart that remind me of some ostensibly gentle, environmental, stylish, tasteful, but inwardly hostile individual who will not brook her meticulously kept, chemical-free, bogusly ‘spiritual’  wooden home being sullied with anything other than the hypocritical presence of her beloved cats; her organic condiments, and the occasional presence of her quietly obedient, and equally alternative lifestyle- following coterie of macro-biotic, Muji-clad, beard-stinking and garlic breathed vegans.

(It will go without saying that on the whole, I tend not to gel with such people. There is always a mutual  clenching of teeth; fixed and glass-beady eyes, and a certain, you-and-me-both, repelled, murderous silence. They find me perfumed, decadent, aggressive: I find them smelly, boring, and overly rigid in their hair shirted self-hating puritanism).

Concurrently, though, anyway, I do have to say that in various ways this organically green perfume is a quiet, unusual,  and quite intriguing scent that does gives you a momentary pause; a chance to breathe and stand back (and the knowledge that the formula’s ingredients comes 100% from the natural world certainly does nothing to detract from this). Nugreen creates, for a short time, a pastoral mirrorglass – a glimpse of a natural moment. Yes, it fades, and far too soon, but, then, so does everything.

Central Park occupies a very important place in the mental scape of New Yorkers (and cinemagoers); it is the heart and lungs of the city. Bond No 9, a brand I have not had much success with, apparently wished to pay homage to this island of chlorophyll with a fragrance inviting us to ‘commemorate New York’s grand oasis of greenery; a lush sensory landscape that simulates a walk in the park’; a park, as we have seen in countless movies and soaps celebrating the metropolis, with joggers in visors and white shorts running every which way but loose; tennis courts, basketball, dogs a-larking, you name it – this is a place for the lovers of the outdoors.

Lancôme’s Trophée, another celebrator of green (discontinued but easily found online) has a similar, pastime on the lawns  theme; with a golfer on the bottle, and a golf ball as a stopper, its sporty, green-grass message couldn’t be more explicit.

Trophée, while not desperately original (a slightly more masculine version of the seminal lemon-leaf eau fraîche, Ô de Lancôme) is a great fragrance you just can’t go wrong with; citrussy, natural, minty notes of lawns, verbena, and a gentle, chypre finish; bright, clean, refreshing. It is liberating: you can imagine a man in newly laundered polo shirt, up bright and early, splashing it on before a day out with his friends on the greens. The citrus notes don’t last so long, but the base is lovely too; a soothing note reminiscent of cold cream that makes me think of the aforementioned tired golfer in bed, later, with his wife; clean white sheets, late afternoon, the hot sun outside kept at bay with breezing white curtains.

Bond No 9’s scent begins with a vivid technicolour panorama of Central Park; vibrant green, grassy notes of verbena and basil, and a neroli note similar to Thierry Mugler’s cologne. Impressive. A  momentary, dazzling vista. And worn with Trophée on the other hand you might say it beats it, initially, in the lushness stakes. But Lancôme’s little known trophy has great subtlety. Bond No 9’s creation gets gradually worse, and worse, then even worse, as time passes.

‘the park has its very own lawn bowling area. Here the terribly civilised pastimes of lawn bowling and croquet can be indulged without fear of colonial intervention.’

Translated into perfume terms, that would mean, then, eschewing the classic (European) template for perfumery which dictates that a perfume, like a person, should fade and die gracefully, yet be anchored with earthy base notes to let it stay as long as possible; not botoxed and plumped to eternity.  The final accord in Central Park of ‘water jasmine’, ‘muguet’ and ‘cashmere musk’ sticks to the skin, irremovably, like a tattoo and is vile. If it is Central Park, then it is some obscure, forgotten corner; an oil-covered pigeon, stiff and festering, near some frayed, yellowing astroturf.

‘When I go into the glass houses and I see the strange plants of exotic lands, it seems to me that I enter into a dream.’ (Henri Rousseau) 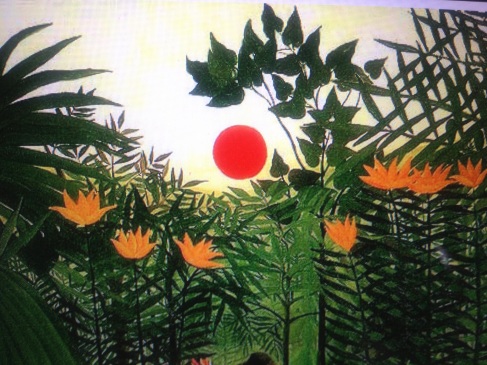 Annick Goutal’s simple but beautiful Eau de Camille is like one of Rousseau’s paintings. A primeval dawn of innocence where seringa flowers bloom and dew evaporates on giant leaves in the ten o’clock sun. A garden where quick young children hide in secret, dark-green places. 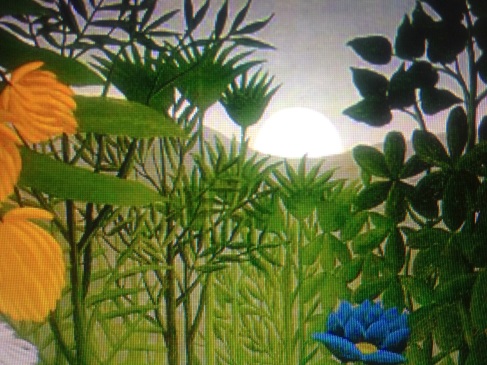