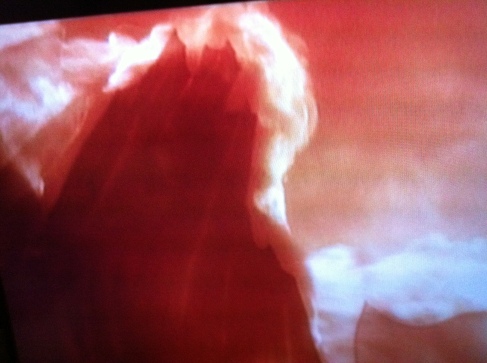 Celtic Fire is possibly the hairiest, most virile scent I have ever encountered. Intense, rugged, romantic, it is also the best ‘smoked’ smell I have come across – a very specialized nook in perfumery that includes such alumni as Feu de Bois by Diptyque (technically a room spray but fine as a perfume), and Le Labo’s legendary Patchouli 24. While the Diptyque is severe and somewhat one note as you claw among its embers, and the Labo has a meaty jambon/vanilla fusion I can find nauseating, the first half an hour of this scent achieves a fiery perfection:  it  is natural, clean, and trustworthily sex-charged. Presumably it is the ingredients that count here: a litany of no-nonsense UK sourced botanicals that, when blended together, add up to a club-wielding brute to set hearts pounding (the company itself describes it as ‘positively tribal’ and I can’t say I disagree).

Bog myrtle from Fife; glowing birch from Inverness; an ‘oak extract from ancient forests’: pine needles from the wilds of Aberdeenshire, the list of storm-lashed ingredients goes on, though one will get the most attention: a touch, in the heart, of Marmite, that yeast-extract spread that polarizes all those who taste it with its sour, hoary breath.

Fear not: the effect when you first smell this scent is more fragrant lapsong tea chest than weird savoury: a fierce, glorious smoke that conjures a hunter, fresh from the forest, thrusting you to the ground with a feral intensity acted out brutally on a black bear rug, as the open fire crackles and emptied whisky glasses glow in its light

Then, as this arresting accord dissipates, though, a more typically ‘masculine’, harsh woody drydown begins to feature more prominently, at which point I am no longer enthralled.

We find ourselves now less in a hirsute wood cabin and more in a Friday night meat market: the bestial grunts have gone, and we are left instead with winking chat up lines.

Nevertheless, it is still a good smell, and sexy – I just wonder who could carry it off.

Perhaps a naturally manly type who can wear it with humour; a desperate woman with Joan of Arc fantasies; or else by a pale, timid urbanite who imagines a bit of hair on his chest and dreams of a fireside, booze-drenched frenzy

Epiphany on a golf course: HOLY THISTLE by UNION (2012)

The idea is captivating. Locally sourced plant materials native to Scotland are used in the blend: bracken from the Borders, bay from Pembrokeshire, pine sap, and the starring substance, Cnicus Benedictus, or Holy Thistle, picked from the highland estate of Kinra.

With this description, you may be forgiven for expecting a Braveheart green of bitter intensity, as was I. Having experienced Union’s Gothic Bluebell (see my earlier review), I readied myself for another full-blown Brontëan fantasy: something peculiar and diffident – a scent to admire rather than love.

The scent is nothing of the sort. Rather than a rugged, windswept, boreal rush, Holy Thistle is more like the most heavenly green herbal shampoo (found, perhaps in the exclusive bathroom of some expensive Scottish castle resort); an emblem of the easy life. An unambiguously lovely smell, mouthwateringly uplifting and happy, its effect instantaneous: a grassy, kiwi fruit cocktail, natural and leafy, with a slightly bitter underkick, delightfully zinging and fresh. A sense of the cold outdoors; the sharp intake of the morning air that awaits after you make your way downstairs, shower-stoked and clean for a full Scottish breakfast, and a day on the greens of St Andrews.

The holy thistle is traditionally used in therapeutic herbal tonics as an appetite stimulant, and there is something sharp and thirst-quenching about this smell. While it contains none of the edginess of ancient myth and valour you expect from its name, eventually, as the top notes fade into the soapily verdant heart, something darker and bitter does rear its thistled head, stubbornly remaining until the scent – which I can wholeheartedly recommend – gently fades from the skin.