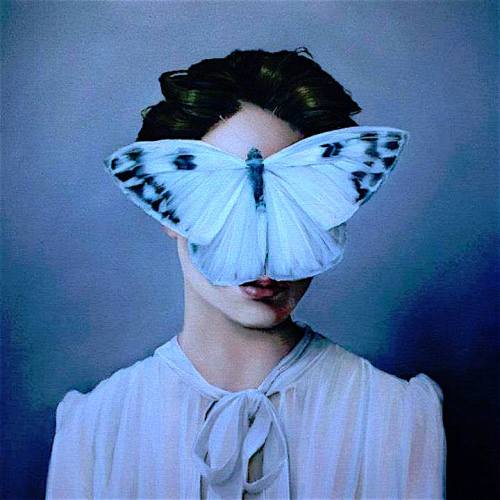 Blue can be cold and detached – the retraction of the self into remorseful reflection. The colour of melancholy: formal, austere, even chilling, and the doleful and anguished depression of Picasso’s Blue Period, where he retreated from society following the suicide of his friend, only ever finding solace in painting almost exclusively in blue.

But blue is also the most tranquil of colours – calming and rehabilitating to the human spirit – the blue of lakes, of rain and the sea, unburdening and psychially liberating. A colour in which to plunge.

In perfume, while in traditional masculines, blue usually signifies mainly marine-centred, preconceived ideas about conservatism, money and the outdoors, it also, in more thoughtful perfumed creations, can signify a real sense of interiority and mystery.

As a person far more drawn to reds and pinks, corals and crimson ( I am a fire sign after all), I am ambivalent towards the colour blue, finding it both relaxing when in the right frame of mind, yet also a natural depressant. As a result, I tend not to go for films that are bathed all in blues  – quite a modern, cinematic trope – as my body intuitively rejects the feelings that my eyes receive. One notable exception, though, was Derek Jarman’s brilliantly experimental ‘Blue’, a film of sound and curious vision that featured nothing but a solid blue screen for the entire duration of the film , representing the director’s blindness as his deteriorating illness led him to death.  Yet despite or because of the blank of blue, the poetry, dialogue, sounds and music used in place of the visuals were beautiful and hypnotic: you forgot where you were, just bathed completely in one colour, and the memories, and fantasies, of the artist. When the screen suddenly faded to black at the end of the film, it was deeply disorienting, like being startled out of a deep blue dream. 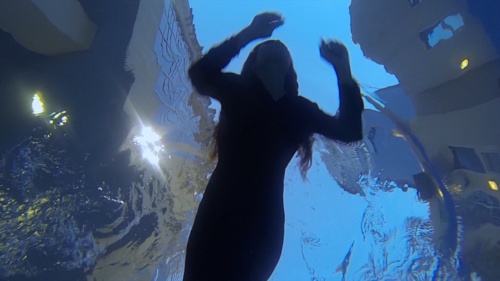 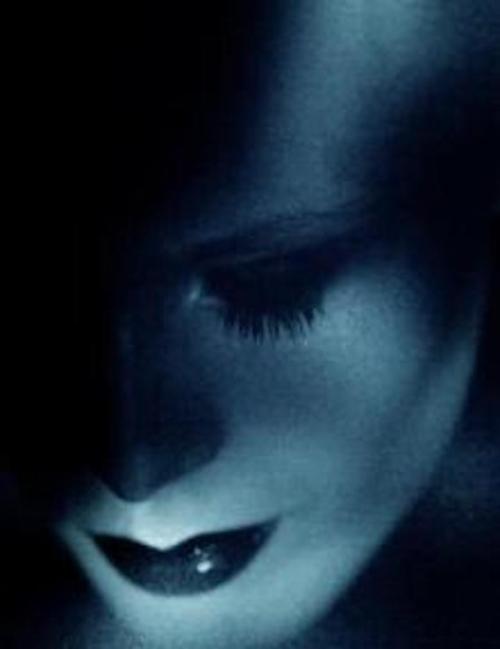 Armani sent forth waves of perfumist jealousy  when he released this very expensive, limited edition perfume (just 1000 bottles worldwide) of irisian, light humming-blue – a stardust, textured, scent of iris and cacao with an edible and savourish, wooded powder texture that emanates real mysteriousness. A veil of black iris, and a nutted, violet eiderdown over light accents of cedary vanilla and inquisitive exhalations of subtle incense- to evoke a beautiful, starry sky, dry as the desert (the perfume was inspired by the indigo blue robes of the Tuareg nomads) , this is the kind of perfume that really draws you in. La Femme Bleue enters the room and  your senses soften and open in response to her atmosphere.

She eschews all the typicalities, this ‘blue woman’, and while she might come across ultimately as a touch too swathed in her fashion, her demeanour, her pronouncements and her perfume – everything of the most impeccable taste, almost predictably irreproachable –  La Femme Bleu nevertheless has something that you can’t quite put a finger on:  that extra, indefinable quality of an enigma. 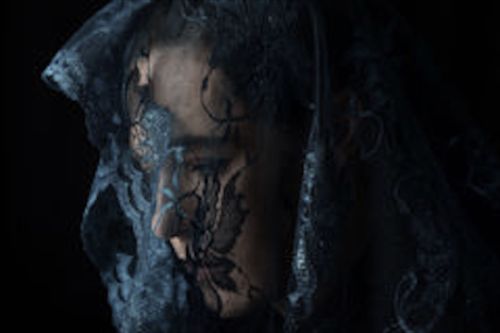 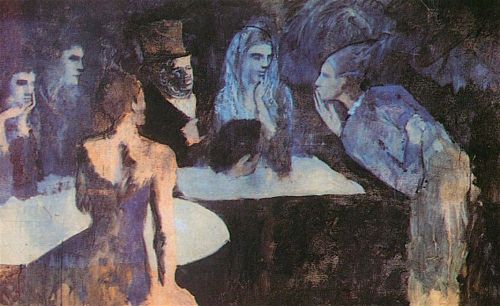 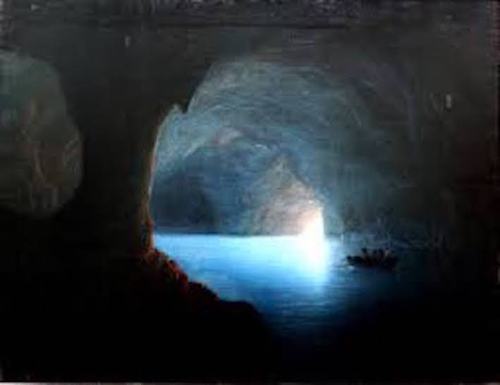 We were travelling back through Florida via Tampa. D was sleeping in our private car – so snug and concealing those carriages –  and I passed the five hours embarking on the pieces that I ended up posting, here on The Black Narcissus, about New Orleans – the place we had just been staying in; that louche, decaying and magnificent city that still haunts us.

My perfumed accompaniment on that  journey was Lys Bleu (“ authentiquement Royale – somptueusement feminin”, as the original advertising says), a scent I had never even heard of, and which was part of a clutch of generous samples to me by Brielle that I had randomly snatched up before flying out to America. I was enjoying it on my skin as the houses, swamps and low hanging, moss-covered trees passed by – this perfume was shimmering.

The idea of embellishing a classic can feel like sacrilege. Why gild an already perfect (blue) lily? But like the perfume Alizee by Parfums Detaille that  I wrote about last year, which really is a next level Samsara (like the reincarnated getting closer to Satori englightenment), Lys Bleu, seen and smelled from some angles, is a re-elaboration of Clinique’s quintessential Aromatics Elixir.

At my birthday at the Closet Ball last December, when my friend Zubeyde turned up dressed all in black and fragranced with the vintage version of this classic, dear god, the effect was amazing: a delicious drop of two degrees or so in temperature in the bar when she came towards me, as if my whole being were suddenly being sharpened into olfactory focus: yes, this is what real perfume is I thought at the time: a voicing of the unspoken – invisible poetry that alchemically alters the frame: a magica nera, patchouli-cloaked aura that smelled infinitely more magical and memorable than its contemporary incarnation, like the night sky being snuffed out by stars; something infinite and truly bewitching.

Lys Bleu aureoles this cruel and heretical fantasia with a shallow blue light – perhaps the azulene vapours of blue chamomile extract?  – takes the same theme, but enravels it in an opioid filter of blue poppies: the sky turned liquid, purified, and endless.

Like Ravel’s masterful orchestrations of Mussorgsky’s Pictures At An Exhibition, this perfume is Elixir orchestree, the same woman captivated by early summer. You may well prefer the starkly Russian (or in this case, American) melodies of the original composition, but it would still be remiss of you to ignore the swirling, delirious gossamer of Maurice Ravel’s strings.

Likewise, musically, Lys Bleu douses Elixir in new chromatic possibilities, but then,  rather than sifting into powdery, high-boned meanness, as Elixir sometimes can, she begins to loom and shift, becomes softer.

As the train meandered its way through oily green Floridian orange groves, I began to notice that the perfume was beginning to change; no longer a dark-lashed divorcee but a freer, looser creation – a softer, more Diva-ish rose. She was retreating within herself, and perhaps that is why a shape-shifter like Lys Bleu – a person quite hard to pin down – unlike the resolute character of a more forceful Elixir, is destined to not survive so long in this world. Lily Blue is fur-draped but flighty; amorous, but noncommittal. And her sillage simmers in the rooms that she enters; covert, like a corn-flower dreaming mirage. 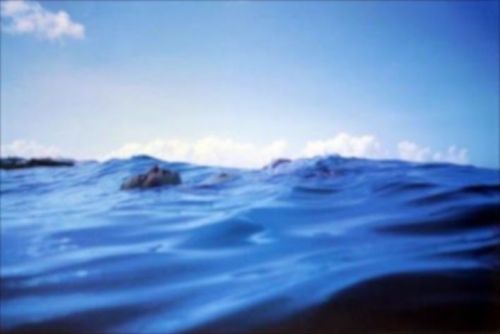 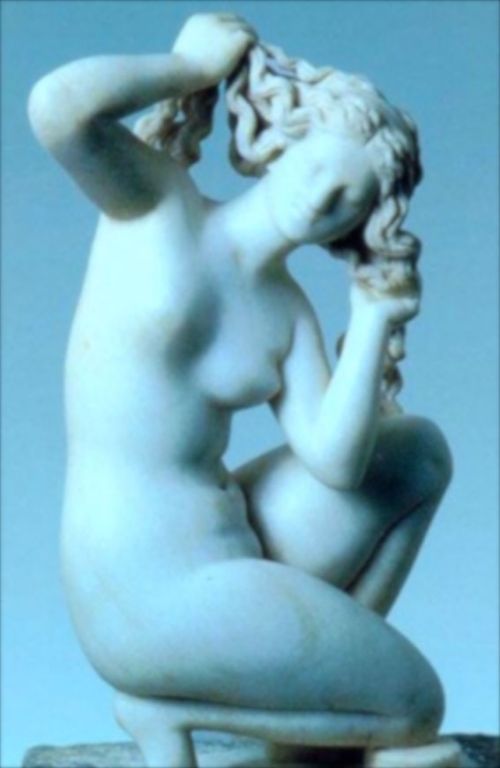 While the preceding two blue perfumes are compelling, capturing some of the colour blue’s essence as well as its contradictions, neither is quite as distinctive, strange, or downright unearthly as Ombre Bleu – one of the most beautiful perfumes I own.

The original Ombre Rose, the perfume that made Brosseau famous, is a marvel  (if you are not familiar with it, this classic is a thick, musked, powdered rose scent with a deep, cedrous belly : to me it always smells like the woody, mysterious sachets of pulverized incense put into sachets and traditionally concealed in the secretive inner pockets of silk kimonos), but it is a a very clothed, interior, and inward looking perfume with an early eighties, New Romantic aura of freshly blushered cheeks. Very much rose, be that the colour pink itself, or the hue and timbre of the flower.

Its successor, Ombre Bleu, came and went without trace, and I would never even have known about it had I not happened to one day come across an unboxed, unlabelled extrait at the Salvation Army Bazaar in Tokyo, washed up like flotsam among the assembled, thrown away perfumes like a message in a bottle.

Ombre Bleu (‘Blue Shadow’)  is a very difficult perfume to describe in terms of structure and notes, but the overall feel of the scent is like Botticelli’s Venus rising, radiantly blushing from the waves. You can smell the echoes of seashells. Pools in a shallow bay. Alive with the ambered, sensuous softness of skin, salt sea spray and solar lights refracted: prismic, rays filtering through closed eyes. At once floral (tiare? tuberose? mimosa?) and provocatively animalic (dreaming in a rich, downy bed of beeswax), this exquisitely strange scent is lushly evocative of lovers resting lips in the cave of a lagoon; bodies sated, the sigh of clear blue waves lapping gently on the shore. Lascivious, angelic, aqueous – the serene arousal of a pearl.

Where Ombre Rose is a woman at her dressing table at a particular moment in history and time, her oceanic alter ego, Bleu, is more her archetype: mythical; joyously and inaccessibly out of reach: fused naked and shamelessy with nature. Foam-ravished. Divine as a mortal. Nacreous, translucently blue.