OH MY GOD I LOVE, LOVE THIS !! ( that mutually fantastic moment when you find a person their perfect, soul-tailored, made-to-measure perfume…..) 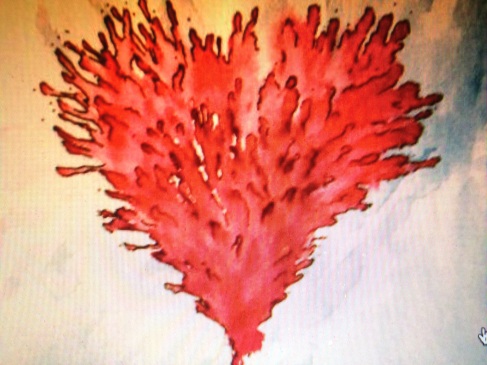 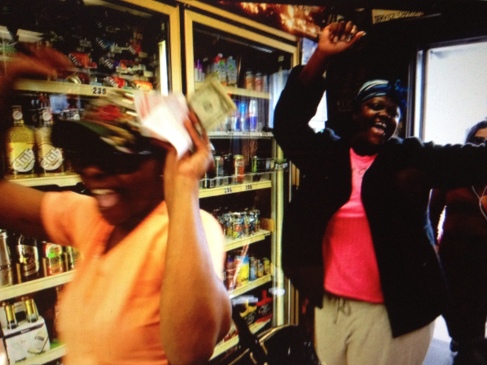 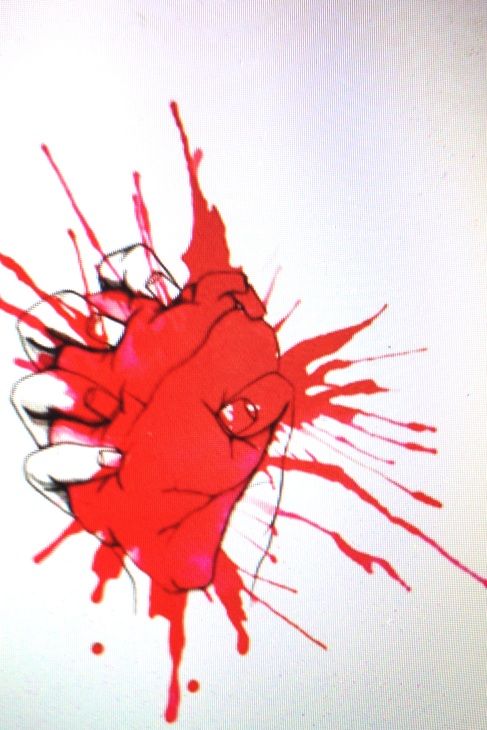 It has been a great two weeks. Off from work, cherry blossom viewing in Tokyo; piano, films, exhibitions, lying around doing nothing, finding vintage perfumes in antique shops, my kind of time. Quite sociable as well: although these days D and I seem to be swapping our traditional extroversion/introversion ( I am now, in some ways, veering more towards the latter, finding social situations a stressful bind, while he is Mr Bonhomie), we have intermittently been catching up with old friends, acquaintances, and enjoyably for me, I am pleased to say, made some new ones as well. 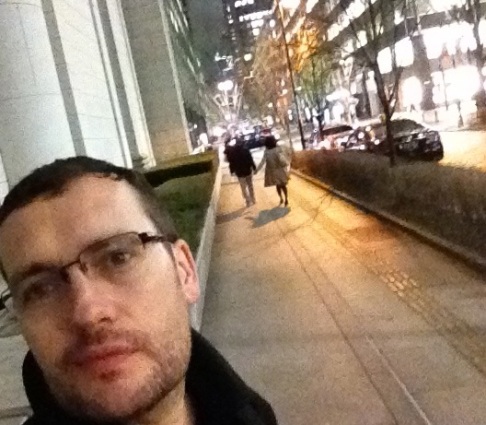 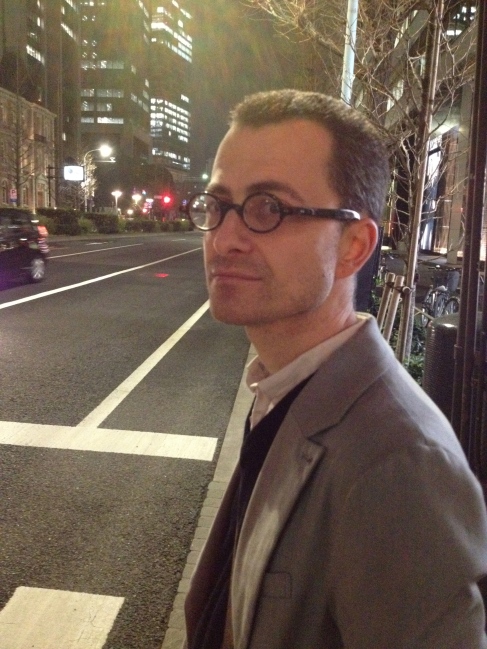 I was a bit worried about Sunday night, though, as a whole bunch of people I didn’t know were coming round for dinner;  friends of Duncan’s and their friends as well, and I didn’t know what to expect. In any case, we put on a decent spread of food, the people came, and, as it turned out, everyone got on like a house on fire. Fortunately, my ‘Japanese sister’, Aiko, daughter of our landlords (though I think of them more as my J-parents; they live next door) was home for the weekend, and she had come round earlier to help with the food preparation, which immediately put me more at ease – it’s like being with family.

I walked down the stairs and into the kitchen and there it was – a quivering, disturbing, beauteous jasmine lingering in the air – ah yes, she is wearing Serge Lutens Sarrasins today, her own perfumed holy grail, one I introduced her to and one that she immediately begged her husband to order for her from Paris for her birthday as soon as she smelled it. Funny how a scent that I love in the bottle, but which smells so wrong on me, should become so resplendent on Aiko, but then this is often the case :  we realize that we don’t really even know a perfume’s true potential until we have smelled it on different people, and this I truly understood on Sunday night when, as you might expect, we all headed upstairs to the perfume room after dinner, and amid much raucous hilarity, proceeded to raid the perfume cabinets and sample boxes.

I do find the process of picking out a perfume for someone I hardly know quite fascinating. Of course the guests were free to look and spray, but I find in general that people are just too overwhelmed to know where to begin and wait to be guided, and I am more than happy to oblige. Going on intuition, their physicality, their persona and skin, I can usually come up with something quite good, even a perfect hit sometimes if I also go with the counter-intuitive gamble and choose something shocking    ( ‘I wonder if….’), although I can just as easily choose something very wrong – hippie Oz professor Frances despised Guerlain Herba Fresca, and Parfum d’Hermès smelled immediately ridiculous (too powdery, flouncy, ballgowny) on Buddhist sophisticate Joan, though speaking of balls, I then found myself on a strange whim going for the extrait of Bal à Versailles, almost as a joke (” why don’t you try this opulent skank-fest for size”) and the unanimous verdict was that we had hit the jackpot:  we all gave the thumbs up straight away to this one-  you know when a perfume works, and this was WORKING: yes it was erotic, and warm and ambery and animalic, but she also made it mysteriously elegant ( I happened to also have a spare miniature parfum to hand so she will be wearing it to a gala this weekend)

….. I would love to be there to inhale her perfume as she walks out the door…..

Now to the men.

Dietrich, tall, long-blond haired, poverty-stricken, fast-talking polyglot German geometrist, came to the realization, to his great dismay considering how much everyone else seemed to be enjoying themselves, that through allergies and possibly Japanese pollution, or just through sheer hereditary damn genetics that he has no sense of smell. This is a horrible lack to have, and we all felt for him but sprayed him anyway……..  all thought that the expertly elegant, yet fully testosteroned Amouage Epic Man was a hilariously apposite choice given his stature; he asked me to write the name down just in case his current anosmia one day passes.

As for his friend, an intelligent, gentle, environmentalist named Federico, for some reason, rather than going for a soft, subtle perfume to match what I imagine his personality to be, I took some strange gambles that to my delight, really paid off: half-jokingly I suggested he try Micallef’s pissy, glinting Aoud, and to my amusement and his wide-eyed pleasure, it smelled absolutely perfect on him, losing all undesirable aspects and just smelling shining, sexy, and male Arab-rich. On the other arm we tried Montale’s Aoud Lime, but it was a little thin, and then –  bingo once more – Le Labo’s smoky Patchouli 24 (‘would you like to try some roast ham?‘) which he also fell in love with. It looks like Federico definitely wants both these scents now: he left with a decant of the Aoud but is going after them both on the internet. I don’t know why I chose such powerful, eccentric perfumes, but sometimes the gentle need a roar for balance, and on this occasion my instincts turned out to be right.

Venus, a hilariously gregarious investment banker from Singapore who is already a perfume lover and knows her stuff, relived her past with my vintage Paco Rabanne Ténéré (an unusual musty rose masculine I have yet to review), but when I see someone who is not remotely afraid to cross the gender line I know I am in good company. However, although Sisley’s grass-green Eau De Campagne did smell very good on her (and, in keeping with the green theme, she did something really rather outré, eating some Italian parsley and coriander and, saying ‘ wow, this is just like a perfume, try this’: came towards both me and Duncan and blew this perfume into our mouths like a kiss, and yes, it did in fact smell quite lovely and was also strangely thrilling in the context of Japan, where no-one would do such a bold and spontaneous thing); aside that, for some reason, I was stumped; she said FIND ME SOMETHING BEAUTIFUL AND FLORAL but I just couldn’t rise to the occasion.

HOWEVER, I did, near the end of this explosive perfumestraganza, find Moe, a beautiful, self-contained girl who goes to the same Butoh Japanese dance class as D, not just a perfume she liked, but a perfume she utterly adored; that she totally and completely fell for, and oh how I love these moments.

Looking at her glowing there contentedly on the tatami mats I thought Polynesia:  coconut nectar on a softly thighing beach, and so we tried a combination of Guerlain’s lovely Ylang Vanille and Yves Rocher’s Noix de Coco on her left wrist and hand, and, to be honest, she smelled like heaven.

On the other hand, on a whim, I tried Givenchy’s leathery floriental Ysatis, which smelled a touch mature but which we also liked, and on the top of the left arm, to go in totally different direction, some vintage Sisley Eau du Soir, which she tamed too much I thought, taking out its venomous, witchy sting (that one smells MUCH better on The Black Narcissus, I adore that perfume).

Yes, she liked them. But I wasn’t quite satisfied, and kept thinking and looking. And then: there it was – a phial of Love By Kilian, hiding itself behind some old bottles, a perfume I always quite liked but which on me just becomes a blob fest of amorphous sweetness. However, I could tell from her skin, which drinks perfumes up and purifies them (my skin does the opposite – I skankify them, bringing out all the base notes), yes but Moe, for sure,  was the opposite, and I saw that Kilian hiding up there and I knew –  yes, this has the potential to be amazing (and she said afterwards that my eyes lit up as I presented it to her, full of ridiculous excitement) and, to your unsurprise and  to our mutual delight, it was.

Light; hovering, sweet, but not too sweet, alive delectable

OH MY GOD I LOVE, LOVE THIS, she said, thrilled, where can i get it where can i get some i have to buy some of this, so there we were, searching on the internet for that extortionately priced elixir, but she is just going to save for it – she needs this perfume

46 responses to “OH MY GOD I LOVE, LOVE THIS !! ( that mutually fantastic moment when you find a person their perfect, soul-tailored, made-to-measure perfume…..)”