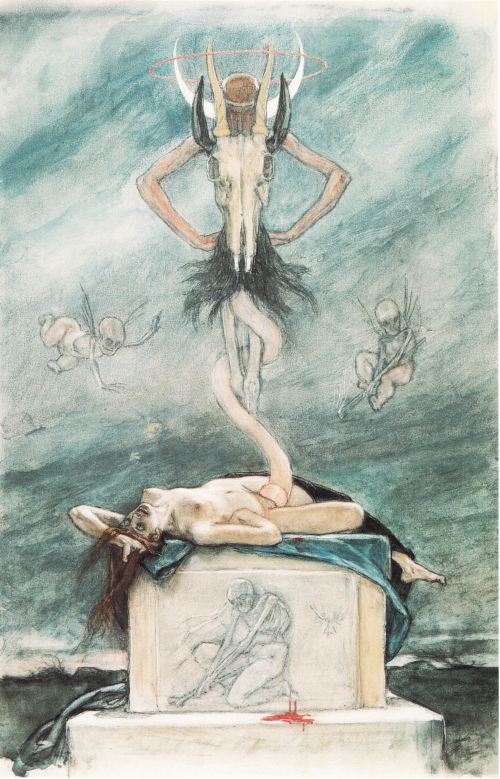 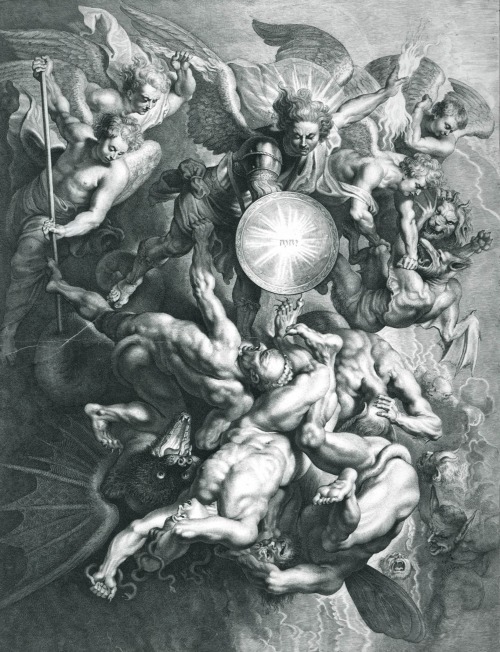 Wednesday afternoon, the day before the D had to go back to work, we decided to have one last stab at Tokyo and the summer holiday before some relative seriousness takes over, and went up to Shibuya to see Bunkamura’s current Fantastic Art In Belgium exhibition.

It is always strange being thrust from the overwhelming youth fashion hub that is Shibuya  – the site of the famous Hachiko crossing, the panoramic, overhead rash of neon screens all flashing together noisily and disorientatingly, insanity inflicting, in town; hordes, throngs of people all moving in all directions, the real Lost In Translation Tokyo that visitors want to lose themselves in and marvel, as they recombine themselves, at the energizing, oriental futuristic – –  and then suddenly finding yourself in the dark, air-conditioned tomb of a respectable gallery, five hundred years past, underground, in the brain of Hieronymous Bosch, Reubens, Rops, Magritte, and other, morbid and otherworldly,  Belgiana.

It was so cold in there that a small majority of the skinny Japanese women moving about respectfully, wide-eyed, were making use of the gallery’s brown blankets offered at the entrance of the gallery to stave off the chill. D and I were also quite cold, but I was also pleased, from the olfactory point of view, that the canvas preserving temperature had allowed me to properly enjoy my scent of the day – Shiseido’s mythical InouÏ, from 1976 –  to perfection.

Leaving the house that afternoon, the air roiling and humid before a downpour, I had wondered. The civet and ambered sweet myrrh in the base of the perfume was troubling me. I have made that error a couple of times this summer, thinking that a scent choice would work because it felt right at home, forgetting that once the heat and the sweat took over it could all go disastrously wrong (animalics and my skin just don’t work very well if I get hot);  but it turned out that my intuitions on that day-  Inoui immediately came to my mind when I woke up that morning – I have two bottles – precious; very hard to get now – in the doleful, dolorous world of the Belgian exhibition,  there was a very dark and melancholy aspect to all of the paintings running through it all despite the disparate nature of the artists in question; black swans at twilight, sad, caverous forests; Flemish landscapes silenced in hushed snow; vulnerable souls prey to satanic attentions;  that my perfume, so soft, and enveloping, and mysterious – Inouï is a foresty, androgynous chypre, unusual yet familiar: with cypress fruits, pine needles, thyme and galbanum/oakmoss creating a quiet, woodland canopy to hide yourself in, reflect; while a warmer, jasmine /peach cedarwood heart make you less lonely – it felt like a soundtrack, a being.

An intriguing and perceptible presence in my own backdrop, the perfume worked quite perfectly against the sad pall of the paintings, in which demons and angels grappled with the virtues and the seven deadly sins; decadence wore masks of death, and you wondered what made Belgian, and Flemish, culture in particular, gravitate so strongly towards this crepuscular and life-snuffing melancholia. But this is what art does: it changes you, even if only momentarily, even if you don’t like it (but I did, I felt myself dropping, inexorably, into this world), so that you emerge back into the blinking sunlight of the outside, Orpheus-like, different than you were before, in a differing, darker, synapse-tweaked headspace.

Completing the long forested dreamline, Duncan was wearing Penhaligon’s beautiful Blenheim Bouquet, a perfect suffusion of lemon and coniferous notes that I love on him every time I smell it – so crisp and understated, gentlemanly, yet still up there in the peppery confines of the fir cones, when you scratch them and they exude those primeval nubs of power; of sap; of nature and life. At particular times I do love this genre of perfumery:  sylvan yet urbane, the pine needle and the sweat flower; Christian Dior’s Jules has some of this quality, as does Loewe’s beautiful Esencia; perfumes that can be erotic, but that still keep something back. I was very much an admirer, back in the day, of Givenchy’s lamented original Insensé Pour Homme, which I would like to have again, and which I finally realized, after a long bout of brain inquiry, was the perfume that Inouï somewhat kept reminding me of, at least on my skin. A feminine masculine (where Inouï is a masculine feminine), Insensé, a very original composition that was just too ahead of its time, and soon failed, infused a sharp, but slightly sweet, fruity, fir-laden main heart accord with florals – jasmine being prominent – with an aromatic, solar, love-inducing dry down. Though softer, more withdrawn, and more shadowy, Inouï offers a very similar ultimate accord; somewhere in between the male and the female: a perfume of  intelligence; not drowning in obviousness, gender clichés or vulgarity, but untenable, pensive: unreached.