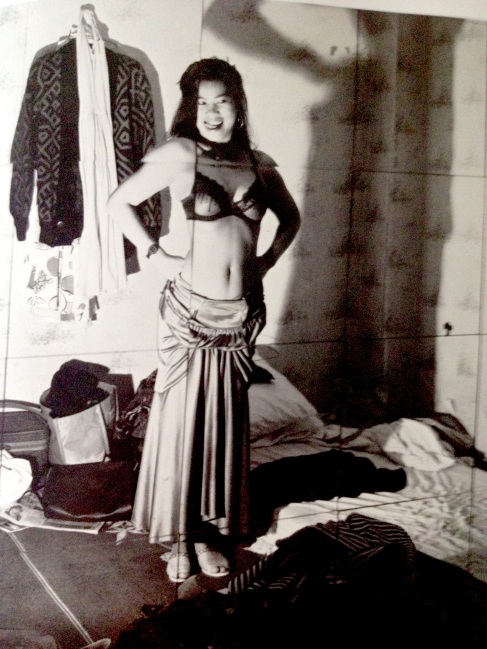 The Etat Libre d’Orange perfumes all have a very human quality.  The first impressions are generally flashy and ‘philosophical’, but the ends usually smell like real peoples’ lives.  In the case of Jasmin Et Cigarette, rather than designing a perfume to be worn in a late night bar, the company hilariously put the end result of this scenario (the morning after) actually in the perfume.  And so the top note of a beautifully fresh, living jasmine flower,  delicate, alive, kidnapped directly from nature,  is soon taken over, convincingly,  by the stale aroma of cigarette butts stubbed out by Saturday night careless punters in some overflowing,  snooker club’s ashtray.  Having myself actually on occasion at teenage parties mistakenly drunk from a beer glass in which someone’s fag had been extinguished, and paid the subsequent wrenching,  bog-heaving price,  I must say that I personally find this mouth of ashes hard to take.

On some skins, though, that resinous tobacco note, like swirls of cigarette smoke encircling a floral smelling shirt, achieves the Dietrich-ish pall the perfumer probably intended:  a tanked-up floozy; laughing, not giving a shit, and raucously lording it up in some late night saloon with her mates.   On my friend Laurie (the only perfume she will wear),  I have to say that this perfume really does smell kind of glorious. Strangely trustworthy and endearing; peculiarly vulnerable, with its contradictory angles of fag and flower;  butt and bloom, there is real poetry.

The majority though  (the moral majority…. …yes)  will obviously just smell spent,  trashed and unacceptable in this perfume ; a weeny bit dirty and annihilated.

Probably one to be avoided.