Tag Archives: THE MOST HORRIFIC PERFUMES EVER MADE

Pre- Covid we could actively go browsing in stores in the city, mingling, using up money. On one such occasion last year after visiting a clinic in Sakuragicho that overlooked the Minato Mirai ‘future district’, I went down the endless escalators in the same building to an extensive pharmacy that sells discount perfumes – bargain flankers of Salvatore Ferragamo; Bulgari; the Prada Candy series; Lanvin’s Japanese superhit fragrance, Eclat D’Arpège.

As a lemon fancier – I don’t think there is a flavour or taste that I like better  –  on seeing Eau De Rochas Fraîche, and ‘Cabotine Lemon’ by Grès, neither of which I knew, and for which testers were unavailable, both were so cheap I decided to buy them anyway; I had always rather liked the serene, curiously depressed citrus of the original Eau de Rochas and could imagine that a reinvented, less mossier version of that cologne might work nicely as a work scent; as might the Grès, even if I couldn’t entirely imagine how a green ginger lily floral (Cabotine – also a superhit here in Japan in the 90’s – everyone was wearing it) would be translated through the crisper prisms of lip-smacking lemon.

( Madame Grès was once famous for her beautiful dresses and classic scent Cabochard, as well as the beautiful citruses Qui Pro Quoand Homme de Grès )

Although at first, with its slightly metallic rinsing of the original classic, I thought it might be a bit Robo-Rochas, I found myself wearing Eau Fraiche during my first online lessons at the beginning of the lockdown just for a change of persona, and found that it gave off quite a pleasant chypric patina of citrus cleanliness with a slightly enigmatic touch: I might try actually wearing it out of the house this week on a white shirt in the classroom. 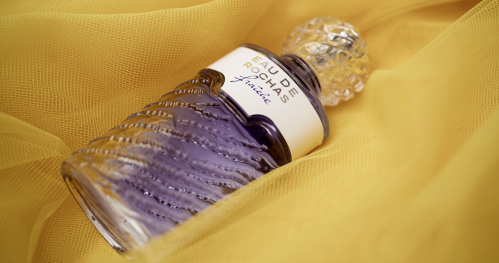 There is no chance of that happening whatsoever with Cabotine Lemon.

While plenty of perfumes are off-putting on first spray   — I know you will have your own tales of horror and am interested in hearing them; those scents that can turn your face unaware into a grimace or despair and disgust; those that you would rather die than wear on your person : : : : : what are your ultimate nadirs? ………..    —-  Cabotine Lemon is a very different, much more surreptitious  kettle of fish in that it insidiously almost made me feel, for a few minutes,  that I might actually wear it.

I TRIED, in other words.   I sprayed it and waited. And even though I knew instinctively that something wasn’t ‘quite right’, I persisted.

The cliché about lemon perfumes is that for a lot of people they smell just like furniture polish. I happen to like that particular smell, so a hint of Pledge in the air is not necessarily a deal breaker. And this perfume is ‘shiny and juicy’ initially (verbena, lemon, geranium, grapefruit), as promised by the blurb, but it quickly feels that the lemons you have ingested are all full of poison. A false lacquer. Something bitter, underlying a very fake charm ( at this point purchase officially regretted).

But it gets worse:  a synthetic ‘oakmoss’ and sage accord that is definitely the clincher – hideous – laced with an amygdala piercing petitgrain-peach.

Sage is okay for me in certain dishes – I find it quite nice with pork, even if there is something that makes me squirm about the grey flaccid, micro-haired texture of the herb’s actual leaves  (I have never particularly liked the essential oil either). What I really detest, though, is the burning of white sage leaves, a practice that quite a lot of people do for spiritual purification; white witches, fortune tellers; a kinky nightclub owner friend of Duncan’s stayed over one night and slept on our couch; I came down the stairs the next day to that heinous, gut clutching stench in the kitchen as she wafted about the sage smoke of death talking about rituals and ‘cleansing’ (the irony!) : an acridness that shudders my insides like old armpits and dead goats and marijuana all rising and nauseating me to the very pit of my stomach.

Likewise, Cabotine Lemon has that burnt sage note sewn into the centre of its vile core, but masked, painted like an evil clown with its sunny chemical lemon sunglasses on top, a veneer of shining happiness that you valiantly try to suffer through BECAUSE YOU HAVE BOUGHT THE DAMN THING and have to at least persevere a bit  ( twice : I could never go near it again in fact shit: where is it? I threw it angrily into a cupboard the second and final time I tried it which means it is STILL IN HERE somewhere    )  – 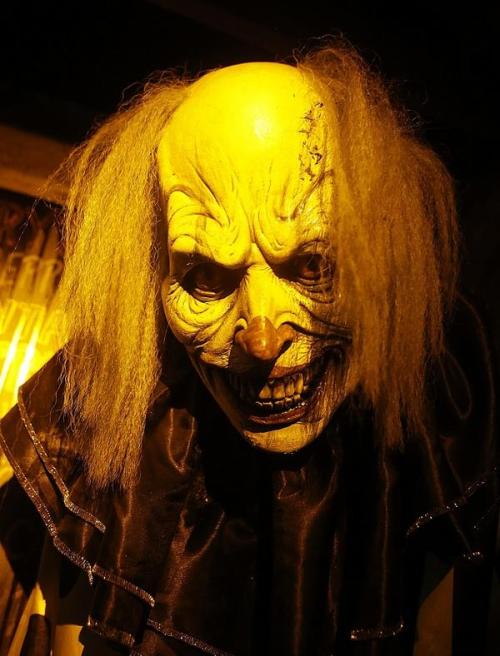 —     the final feeling for me, before I rushed to scrub the thing off, a horrific sensation inside my intestines of discomfort ; a physical and psychic toxicity. Other perfumes may be more antipathetic on first meeting ; anything containing burnt notes of smoke mixed with sweetness, milk and bonfire, for example, is immediately appalling to my senses, but those kind of perfumes are quite common in the niche world now and I know some people like them (appreciation of scent, of anything, being so obviously subjective ). For me though,  despite its apparent sunniness, in all honesty I don’t think any fragrance has ever quite wormed its way into my brain and blood system in such a repulsive; and duplicitous, way as this cheap, citric atrocity.

Tagged as AND YOUR OWN PERSONAL BETES NOIRES?, EAU DE ROCHAS FRAICHE REVIEW, GRES CABOTINE LEMON REVIEW, HITCHCOCK'S MARNIE: ALWAYS UNDERRATED, LIVING IN FEAR, THE MOST HORRIFIC PERFUMES EVER MADE