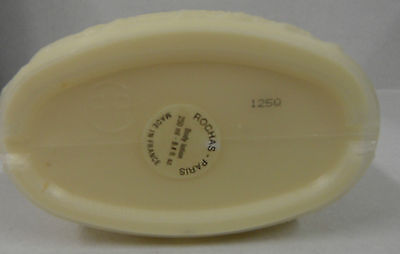 Strangely, I read the other day that Eau De Rochas is currently this venerable company’s best selling scent in France (I have never seen it sold anywhere else, although there is still a bottle on the dresser in the guest bedroom back in England).

There is a vintage bottle, also, in my collection, but for some reason I seem to never want to wear it.

Perhaps because this sharp, lemony perfume is an anomaly in the world of citrus perfumes. A depressed, serotonin-dipping citrus – the image evoked, for me, of a valiumed up California housewife, staring out, trapped in suburban hell.

The sun blazes outside her white 70’s condo. But all she sees is clouds, in her pressed, grey slacks. The shadows under plants, and nothing, despite outer appearances, really, to ever look forward to:  a curiously affecting, schizoid effect achieved with two very opposing accords that constantly dim and sync with each other: a bright top note of Calabrian lime, tangerine, bergamot and Sicilian lemon, giving a quick flowing glimpse of freshness and easy optimism. Deceptive, though. Her inner world, where the lights seem to have gone out, stems from a much darker undertone of patchouli, narcissus, Croatian oakmoss, and sandalwood.

She blinks for a second.

Straightens the ironing board:

wills herself to get ready.

There are few things more satisfying than a well done citrus. And seeing the latest Guerlain on sale at Birmingham airport on Thursday at the beginning of a MONSTROUSLY long journey to Tokyo via Dubai (ugh….more on that later), I decided to just buy blind – as, for some unfathomable reason known only to the local sales ladies, there was no tester available and it was time for me to get to my departure gate. But lime is possibly Duncan’s very favourite note in perfumery, I was feeling spendthrifty, and I was, I admit, seduced by the writing on the back of the box:

“Enjoy a Caipirinha under the lemon trees on the banks of the Amazon river….the spirit of lime with a tropical note”.

Oh go on then. I love rum, and I love that harsh, crushed icedness of the strong; the slightly too sour limeness of a good Caipirinha, and also, aesthetically, the words LIMON VERDE. Different from citron vert somehow, an anomaly: the couldn’t-be-more-Gallic stalwarts of perfumery going all FIFA and latino on us and making a Brazil-themed perfume to celebrate ( and cash in on) the forthcoming World Cup while extending the citric winning streak that began with the delightful Aqua Allegoria Pamplelune, dipped slightly with the lamentable Lemon Fresca, but continued to strike again with the estimable, and highly sense-pleasing, Mandarine Basilic.

THIRTY HOURS LATER – yes you read that correctly; it was a f***ng ordeal to be honest – I met the D at Tokyo Haneda airport, we went to a hotel, I had the most welcome shower of possibly all time, and we then went out together to a cheap izakaya for cool beers, whisky gingers, and to relaxedly ruminate on the brilliant trip we had just had to England, while being secretly delighted simultaneously to have arrived back safely in the gleam dream (England is perhaps just one dose of reality too far…..) as fresh, cool Japanese rain chucked it down on the streets of Kawasaki – so very deeply wet, oxygenating and refreshing after being stuck, rigid and knee-bound, in the metallic carcass of an airplane for so damn long, watching formulaic, irritating Hollywood films and eating gut-clogging meals while feeling my lips begin to crack in the mucoid aridity of the ‘air’ – my clothes yearning and begging me to just have please permission to run off and wash themselves, my addled, slimy, claustrophobic brain just yearning for greenness; the outside; FRESHNESS.

In a way then, as Duncan ripped off the plastic from his unopened Limon Verde, this was the ideal perfume to have bought back with me, despite an overly familiar aspect that you get in many of the less overtly macho modern masculines such as Guerlain Homme, which, while admittedly uninspiring, can still be quite attractive on the id level in spite of one’s initial, prissy, perfumista judgementalism. Yes, the scent does dry down to a figgy, green-tea woodiness you have smelled several times before, but there is also a rather delicious aspect to this scent as well that I find quite appealing. I like how the initial fresh, matinal, lime note runs into a cool, basmati rice-like accord that brings to mind Etat Libre D’Orange’s Phillippine Houseboy (Fils De Dieu): an airy, almondish drinkableness that I can easily imagine on some young Brazilian alighting at a cafe one sunny July morning as he flips his friends a bom dia; an easy, casual insouciance, lazily cheering up the air around him with a smiling, minty, come-to-bed charm.

This latest release for Guerlain is certainly no game-changer, but I still feel sure I will enjoy smelling it on the D: I might even wear it to work myself when the temperatures start to hot up (perhaps with a touch of coconut?) as it is light, optimistic, and unobtrusively sexy. I can also imagine it working commercially, actually, can picture it quite easily rocking the terraces of the Estado Do Maracana as the nimble-footed gods of the stadia work their hot, southern hemisphere magic; the fans go wild in the stands, and the entire world, for a short period of soccer madness this coming summer, goes crazy . 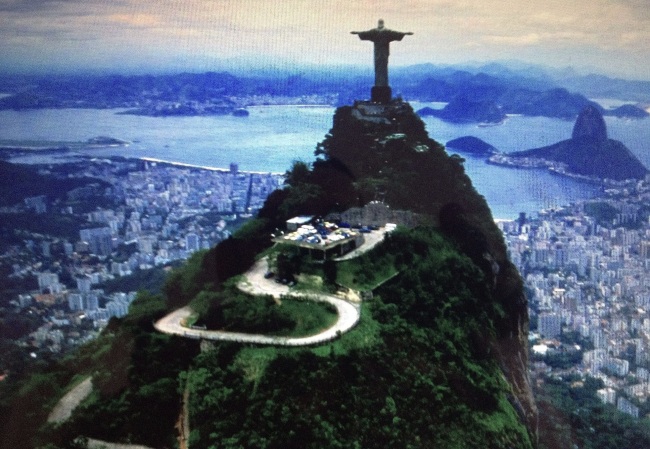 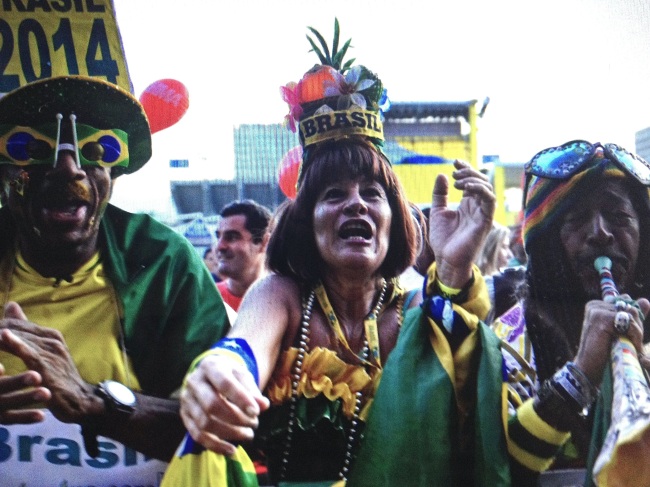