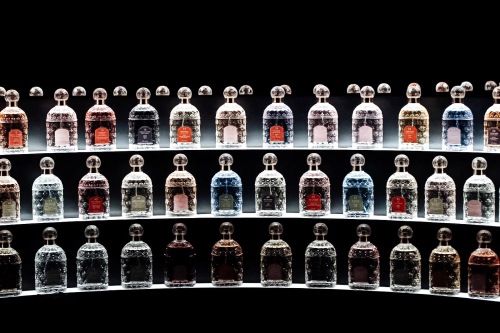 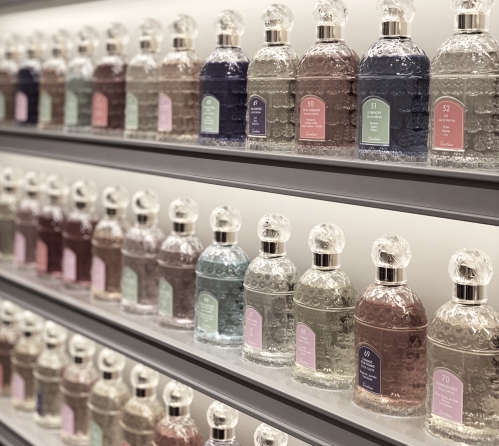 Yesterday upstairs on the men’s floors at Isetan Shinjuku was a scramble of male fashionables rummaging through lithe haute mode, a fascinating sight to behold as futuristically garmented assistants clad in hot fashion (and cold attitude) looked on blankly as the equally well put-together, handsome and moneyed men of Tokyo took advantage of the January bargain sales; discounts on Balenciaga, Yohji Yamamoto, Saint Laurent et al, all piled up in quickly discarded decisions or else bagged up and contentedly paraded out in swinging retail bliss from the overheated black interiors through the automatic doors and out to the chilly city air.

Leaving Duncan to scout out a choice item  ( I myself was very quickly overcome with claustrophobia ) I instead made my way down to the Perfume Halls downstairs to have a quick look at what was what, immediately finding myself drawn towards the new Guerlain Concession, wherein virtually all of the house’s perfumes have been put in identical bottles and given numbers in bingo or assembly line fashion; a factory line up of identically packaged scents, but with complicatedly different prices I personally find a little discombobulating: a lesser Guerlain Aqua Allegoria such as Limon Verde, for example, will be placed next to a classic such as Vetiver, and you make your selection based on your instinctive reaction to the smell, helped by the new Mindscent system, as explained below from the LVMH website: 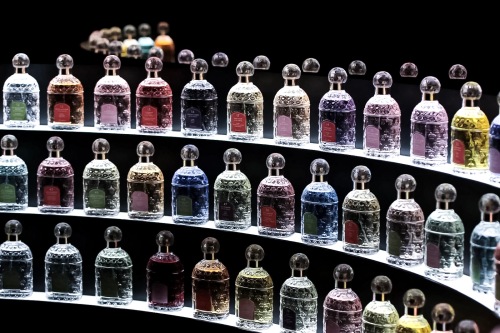 Always seeking exciting innovations, Guerlain has developed Mindscent, a fragrance finder powered by emotion sensors. Thanks to cutting-edge technologies – neuronal headset and visual interfaces – customers in Guerlain boutiques are invited to discover a unique experience to find out which of the Maison’s 110 fragrances is their favorite, the perfume that brings them the most positive emotional reaction and best matches their personality.

After inventing Olfaplay, a digital radio app and website for people who are passionate about perfume, Guerlain continues to tap into the latest digital technologies with Mindscent, a new perfume experience proposed at the Maison’s boutiques. Created by Guerlain’s Digital Innovation team and fragrance experts, this groundbreaking experience is based on an innovative concept developed by researchers from Nantes University called “Keurokiff” that is able to detect feelings directly from the brain. 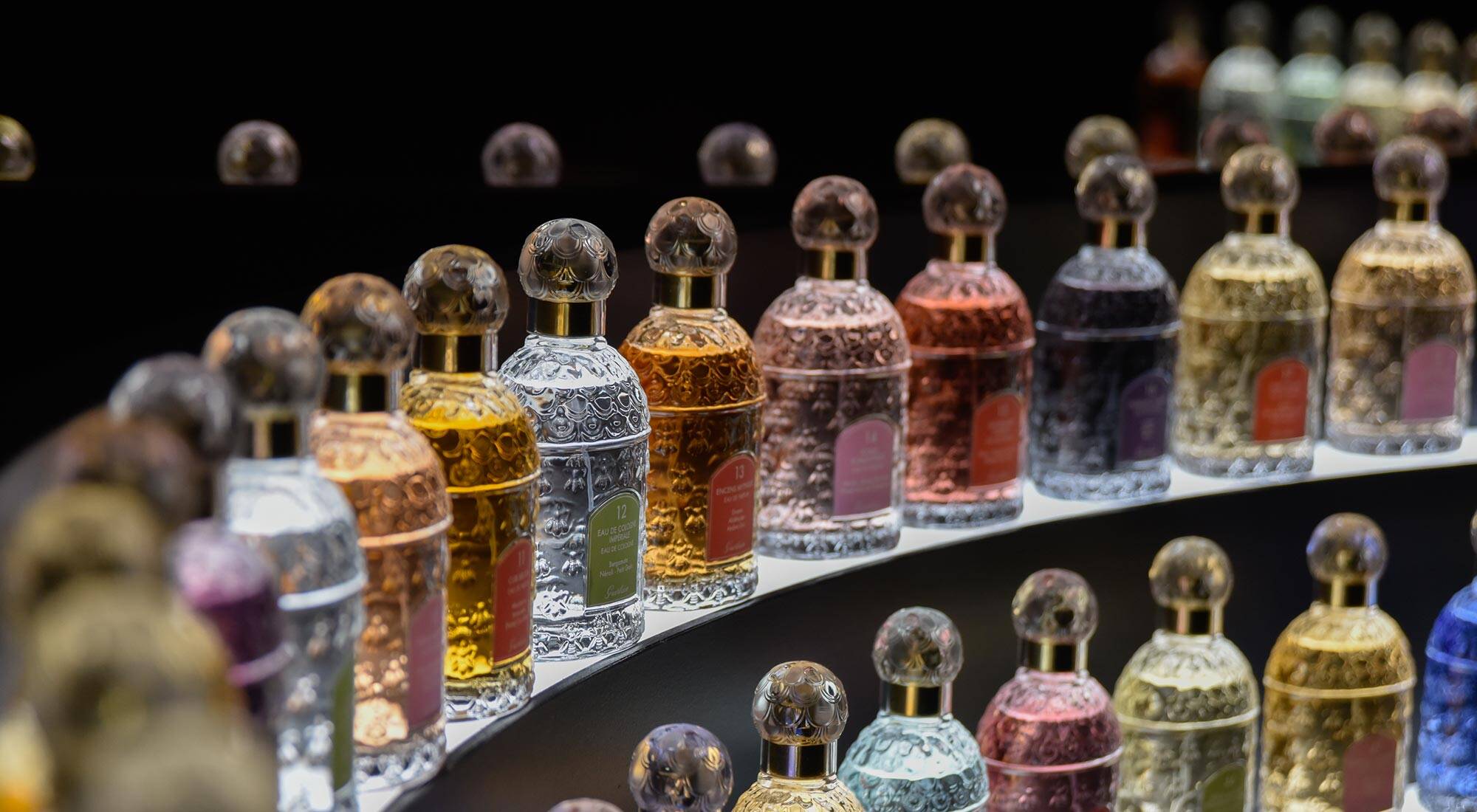 Visitors to Guerlain boutiques simply ask a sales associate to fit them with a neuronal headset and are then invited to blind test four distinct fragrance families – fresh, floral, oriental and woody – before answering a few questions while looking at aspirational images. The neuronal sensor analyzes the customer’s feelings to guide them. After testing several recommendations from among the 110 Guerlain fragrances available in the boutiques, their perfect perfume match is displayed on the screen in just a few seconds.

The Mindscent app was officially unveiled at Guerlain’s emblematic 68 Champs-Elysées store on October 11. It will initially be available at the Guerlain Place Vendôme and rue des Francs-Bourgeois boutiques in Paris before being rolled out internationally, supported by the “My Emotion, My Fragrance” campaign.

(Me again):
I was too hot and consumer-bothered on this occasion to try out this new system in such hectic surroundings  – as I have written before, Isetan must have the highest ratio of staff to consumer in the world; the makeup counters are insane in particular; there is no space to move; it is a milling of gently pushing luxe that nevertheless has a certain pull as it is the centre of all such things in Tokyo………….yet to truly test out my brain waves as a newbie I would need more elegant silence and space. It might be interesting to see my emotions displayed in gigabytes instantaneously on a touch screen, though, and to know what images I may aspire to (and D and I have a thing about ‘aspirational living’ but I won’t go in to that right now).
The truth is I know virtually all of the perfumes already, of course, so yesterday it was just a question of sniffing from one to the other in order to check out the quality, refamiliarizing myself with them all (so strange though to have an extrait of Mon Precieux Nectar, say, which I rather fancied with his almondy crisp warmth, placed in a pea in the pod bottle next to it of something like Mandarine Basilic and then Tonka Imperiale, all the ranges declassified and reclassified into One. There is an unsettling clone/robot/factorized utilitarianism to it all, a, homogenisation of the line that while useful for the person unaccustomed to the glory of Guerlain, deprives them of the sheer beauty of each perfume’s original presentation and incarnation. Where they stand alone. Though I love the bee bottle itself and have several, such as Parure and Chant D’Aromes in that format (the chunkiness in the hand, the lovely apian glass insects giving you a heft of pleasure in its tactility before you get to the spray within), to have all of the line reduced to this presentation feels almost like the end of an era. I want Chamade to be in its heart shaped bottle, Jardins De Bagatelle to be in its own, awkwardly 80’s angular flacon, Insolence to be in its own violetty little twisty; all of them individualistic, distinct.
What are your own thoughts on the matter?