Two days ago I went to see, for the second time, the new David Cronenberg film Cosmopolis. It is a work, for me, of insidious, glacial beauty matched perfectly to my own visual aesthetic, and it had been surreptiously replaying itself in my mind ever since the first time I saw it in Ginza three weeks ago. It was still on in Shinjuku so I found had to go and see it again.

I write about Cosmopolis here because it strikes me as being one of the olfactively sensitive films I have seen. In fact, smell, and the bodied, fleshed realness of the human odour seem to be one of the film’s subcutaneous themes, embedded in its dark, redolent celluloid. It is a cold film, certainly, but sensuous, and one that got under my skin.

As the main protagonist, Eric Packer (Robert Pattison), a young self-made multi-billionaire in the finance world whose company is suddenly bleeding money on yuan speculation gone awry, crosses New York in his white, gleaming, high-tech stretch limousine (because, on a whim, he decides that “we need a hair cut”), he encounters various people from his sealed, cut-off world who are called to his car, spout insider information to him like automatons, self-absorbed oracles in a world that is quickly losing all meaning: beyond the bullet-proofed windows the cold, angry city threatens to engulf them and his security warn of a ‘credible threat’ on his life; anti-capitalist anarchists erupt in fury on the streets, the president of the IMF is assassinated on live TV, and figures from his disastrous financial losses flow endlessly on the car’s blue computer screens like thoughts in a brain; the armour-plated, sound-proofed, cork-lined car gliding slowly, imperiously through the streets.

The metal, glass and chromium of the monitors, the immaculate steel carapace of the limousine’s shining exoskeleton may all be conspicuously odourless, but as the film progresses, Packer, who begins the film spruced, impeccably, in his slim black Gucci suit and fitted white shirt (the ‘odour of sanctity’ of the privileged, obscenely rich world in which he lives very much intact), he begins to corrupt his hygiene with sexual encounters (one with art dealer Juliette Binoche inside the car), the stink of booze, and, bizarrely, a prostate examination by a doctor held while he is mid-business conference with one of his advisors, she herself rank and sweaty from a day of jogging and last minute panics to save the company’s skin. The smell of clammy human corporality is almost eerie in these scenes, and is depicted in almost angelical hypercontrast to the scenes featuring Packer’s wife (Sarah Gadon), a detached, minted member of the super-elite, who seems almost instead to represent cleanly perfection: a paragon of Caucasian beauty; poreless, with the flaxen, unattainable hair of the Upper East Side déesse, almost not of this world (because she isn’t).

Through cinematographer Peter Suschitsky’s beautifully pellucid camera work we can almost smell her smellessness when the couple, like flawless extraterrestrials, meet in a diner among the lesser mortals of the metropolis, the camera honing in on each blonde hair (the light in this film, the extreme resolution of each image, is, on the big screen, really quite something). She is untouchable, smells of nothing, lies beyond his reach.

Recently married, the couple have had no intimate relations it seems (a situation Packer is most eager to rectify), yet every time they meet during this fateful day the smell difference between them seems only to intensify and make this possibility ever more remote (it is eventually the deciding factor; the smell of his lust and indiscretions the key in severing the union). Her porcelain aura becomes more impenetrable the more his becomes more rank and sweat-suffused : “You reek of sexual discharge” she tells him, and we know by looking at him that he does. Whether Packer takes a shower at any point in the day is unclear (there is a tryst at a hotel with his female body guard en route which would make this a possibility but it somehow seems unlikely), but Cronenberg ups the bodily awareness by also having him relieve himself in the limousine; we see on his skin the clammy, rising sweat of fear (he is threatened with assassination), can smell his loosening. 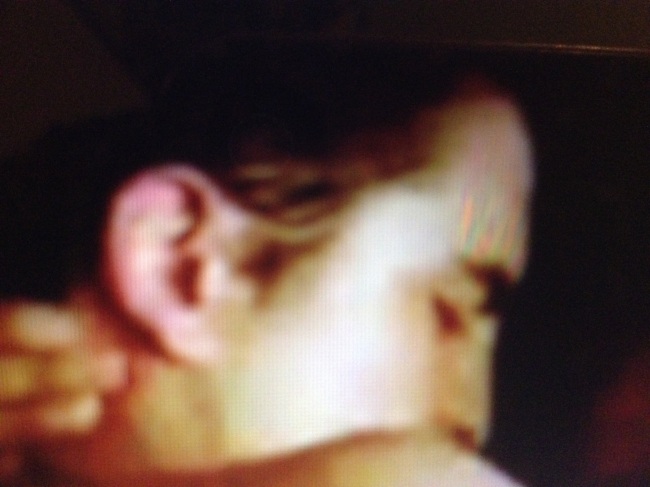 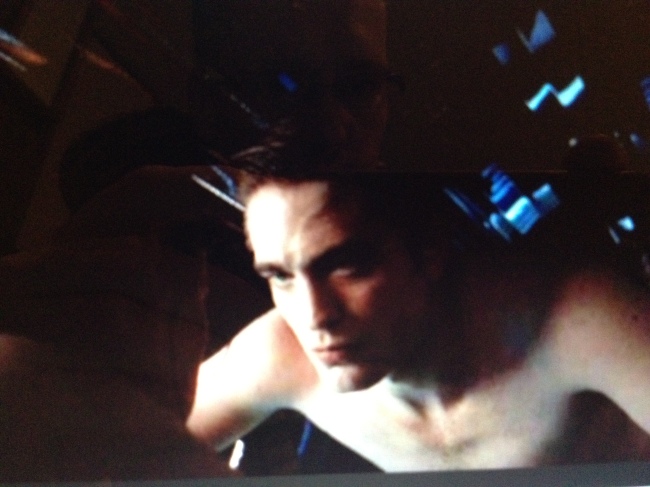 Ironically, the worse this billionaire’s monetary situation becomes, the further he hurtles towards self-destruction, masochism, and financial destitution, the more he seems to feel liberated, and human. And as a consequence, in leaving his steam-pressed, odour-free cocoon and getting himself dirty in the grunginess of the soft-tissued world outside, smell, the natural excretions, become defining.

This is made explicit in the somewhat histrionic final scenes of the film where he comes face to face, in a foul, derelict building, with his would-be assassin, a more than disgruntled former employee who can no longer function in the ‘real’ world of business not only because he has come to hate everything it represents for him but because he does, as he says, “stink” ( “smell me“, replies Packer, in a moment of peculiar male bonding).

And we believe it. Played by Paul Giametti, Benno Levin, is the very embodiment of malodour. We can smell him from our seats as he scuttles, troll-like, fetid, with a damp, dirty towel over his head, in a cat and mouse game with his former boss, yet the frank exchanges the two have are the most real in the film.  That Packer should discover his own humanity in his own personal stench this way struck me as very intriguing in a film that is not overtly about smell  – the (theoretically) fragrance-drenched cinematic adaptation of Patrick Suskind’s ‘Perfume’, for example, was much less palpably scented than this strange and perverse film, which, despite its pretences, was highly enjoyable.

I emphatically can’t recommend Cosmopolis to you outright, however, much as I loved it myself. Most people will, I think, find the film almost unbearably pretentious: for the arch, purposefully unnatural dialogue – often quoted verbatim from the (slated) futuristic novel by Don Delillo – the ‘lack of plot’, the portentous acting, and the general, slow, piquant artfulness of the whole; it was not very well-liked at Cannes last year and has had some disastrous reviews; but for me it was a quietly euphoric experience, a hypnotic slow burn, and very erotic.  The nubile flesh of Robert Pattison (who, crucially, had no smell at all as vampire Edward Cullen, in the Twilight Series, making him a compelling casting choice) is effulgent, real. Not buffed up and muscularized in the usual Hollywood narcissistic, self-conscious way, but soft-skinned,  porous.  Hard, callous, but vulnerable. Human, beautiful; the contrast with his fleshly descent into self-realization and the delectable glow of the cold, alienating landscape he inhabits, amounting, for me, to a strange, animalistic, and mesmerizing cinematic perfume. 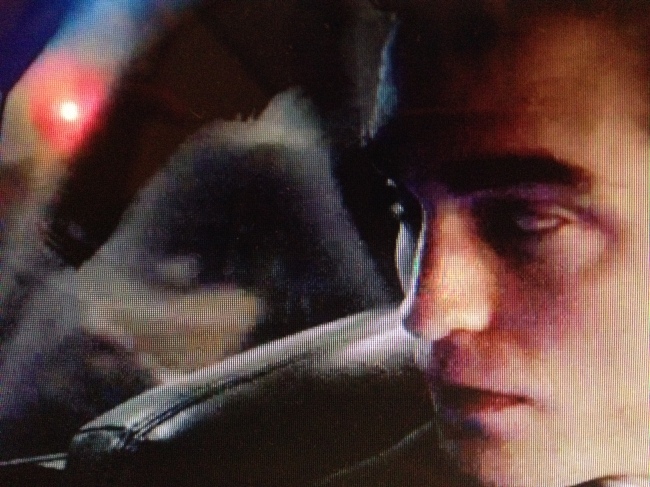 47 responses to “SWEET STENCH OF HUMAN”