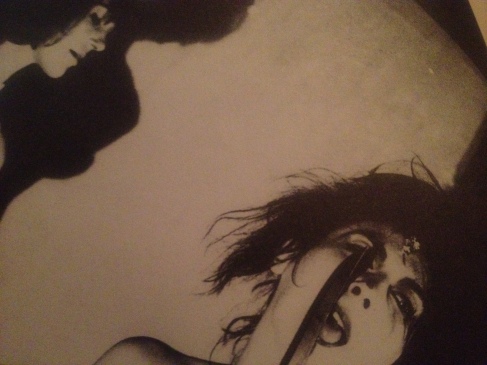 Patchouli is a very polarizing perfume ingredient, partly due to its associations. Some people really, really hate this smell……

For those coming of age in the sixties and seventies, inexpensive, musky ‘love oil’ patchoulis were of course the smell of unwashed dope-smoking hippies and the headshops in which they congregated – the scent effectively masking the smell of marijuana……a penetrating, dirty-black, vine-like odour that got in the nose hairs and stayed there. Perfume forums discussing any patchouli scent even now usually state whether it is ‘headshop’ or not, as if this were the worst crime in perfumanity, as though the Summer Of Love were something to be quite ashamed of……..you hairy,  filthy hippy. 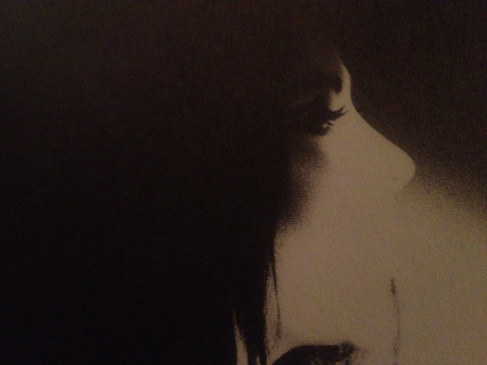 For Eighties kids like me, growing up near Birmingham with my excited Saturday visits to the Oasis underground ragmarket in the city centre, ‘patchouli’ was the acrid, cheap and very crude smell of scary Goths and their Sisters Of Mercy leather; their Sex Gang Children records and piercings, terrifying and compelling at the same time as I glanced at them nervously while looking through the record racks for my latest 12″s.  Their smell (like decomposing corpses freshly interred, then suddenly yanked out of the soil from a dark, dank cemetery), if they ever brushed past me with that brittle, back-combed Siouxsie hair, made me shudder. 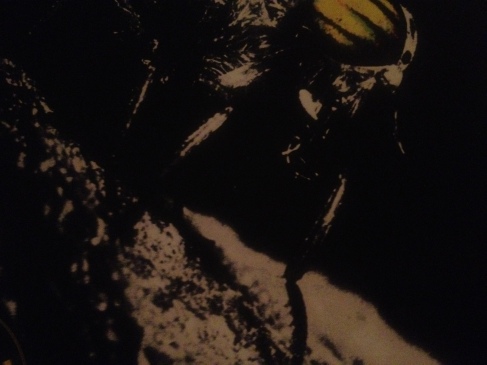 I don’t think I really came to love the note – now in my absolute top five perfume ingredients, until a dalliance with a Frenchman I had in Marseilles one summer, a rather pretentious chap (‘Je suis le patchouli’) who nevertheless had a genius ability for mixing different scents, even ones I would have considered utterly incompatible. On the night in question, the handsome boy came towards me through a haze of dry ice at whatever club it was, but it was the scent of him that reached me first, that truly clinched the deal. The Kenzo Pour Homme I knew. But Angel? And what was that other, divine smell that tipped the layering into genius? Whatever it was, it blew me away. And of course I found out minutes later, after a kiss with the stranger, that it was Patchouli by L’Occitane, a gorgeous scent, a patchouli that had such emotion within it  for its violet, clove-rose, and powdered base….

Fast forward a few months and a letter from him came to my flat in London. I opened it, and have honestly in my life never had such paralyzingly strong emotional reactions from a scent      (he himself was not the issue…it was that sense of triggering, of time and place and being transported that so amazed me, the incredible power of perfume to punch you in the gut to another place in an instant, especially when it smelled so beautiful)….

Thinking back on his scent-combining, though, I suppose it was more obvious than I had thought: Angel and Kenzo are both founded on patchouli ( though I still think mixing the oceanic and the vanillic in such an impactful way was very clever on his part), and it seems now that I was destined to love this note to death (sandalwood and I will never be friends: vetiver is good for those days when I want to feel more elegant – Maitre Gantier et Parfumeur’s Racine the perfect scent for this mood), but I am ultimately more of a down to earth creature at heart and patchouli feels so very right to me, with its lingering, earthen smell that evokes cold, wet soil and the inexorable pull of the grave……. yet also that strenuous heat and warmth, that octaved, bone-dry wood….it is a smell that is mysterious, spiritual, and erotic simultaneously, and the fact that a lot of other people hate it is fine with me as I have always been something of a belligerent olfactory terrorist.

Patchouli went out of fashion for a long time, but with Angel, Coco Mademoiselle, and the endless list of smell-a-likes in the recent patchwave, it has long been making a comeback – too much so if you ask me – in its current, chemically remixed, attentuated form à la Tom Ford White Patchouli that smells very fash but lacks the true, beautiful liquor of those slowly fermented Indonesian leaves. Personally, though I am a huge amber and oriental lover, on the whole I don’t need my patchouli softened with sugar or cream: no Montale Patchouli Leaves, Patchouli Patch, Profumum Patchouly, Ombre Fauve, ‘Intriguant’ Patchouli or Patchouli Antique for me: I like it raw. Either a really good, aged essential oil, or else something rich and dark like the sweaty mechanic smell of Patchouli by Lorenzo Villoresi; the original, aerial Patchouli by L’Artisan Parfumeur- whose discontinuation was a crime against true patchoulists – or the rich, Catholic blackness of Patchouli by Santa Maria Novella. Lucky Scent, that infernal torturer of my brain with their treasure troves of so many perfumes I want I could lose my mind, has some patchoulis I like the sound of in their tantalizing stockrooms, such as Patchouly Indonesiano by Farmecia SS Annunziata, but for the time being I will stick, very happily, with my beloved Borneo 1834 by magicians Christopher Sheldrake and Serge Lutens. 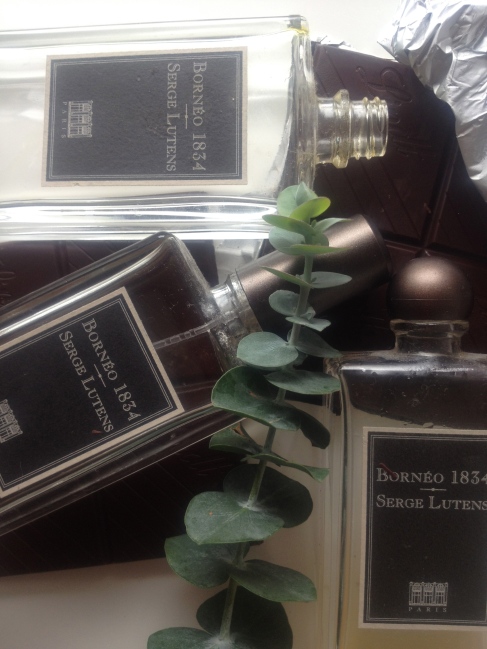 I should qualify whatever I say about Borneo, and its position in my pantheon of holy grails, by saying that I do, in fact, remix it myself, sacrilegious and extravagant as this may sound. It is so almost perfect for me, but it just needs that extra dose of good patchouli essential oil, stored in the dark for a few months (I have had four bottles so far and done this), to reach what I feel is perfection, to take it away from its vague intimations of powdery orientals like the original Emeraude by Coty. Otherwise, it is perfect, and I cannot live without it, with its black-widow, chocolate-bean magic;  its musty, enveloping thickness. On a winter’s day, in a long black felt coat, it is heaven, but it also works in small dabs on a beard in summertime after a shower; and clean clothes, and out for fun somewhere on an August night; so dark; so dashing.

I also love the romantic story behind the scent, of how in the year 1834 the first patchouli-scented shawls made their way to Europe by ship from Java; how they set off a craze, and how this idea was translated into a perfumed story……

…that strange, and very original, top-note introduction of sharp green galbanum, cardamom and camphor (used on the ships to ward off the silk-eating moths), and which always reminds of Japan as it used a lot here in incense and medicines: then, the intense, dark Sumatran patchouli smothered deliciously in that blanket of dark, unsweetened cacao absolute and licorice..the hint of powder and dust, like the dry beating of caged moths’ wings…..

What is astonishing in this scent is the complete lack of sweetness; the absence of vanilla or sucrose….this really is no Angel. The result of the inspired arranging of these seemingly irrational ingredients is a brooding but delicious scent with anisic overtones that I find mesmerizing, a scent that feels so comfortable on my skin and clothes it has become one of my favourite perfumes of all time.