I WAS ABDUCTED BY A LYCHEE SPACESHIP: CHAMPAGNE by YVES SAINT LAURENT (1991) 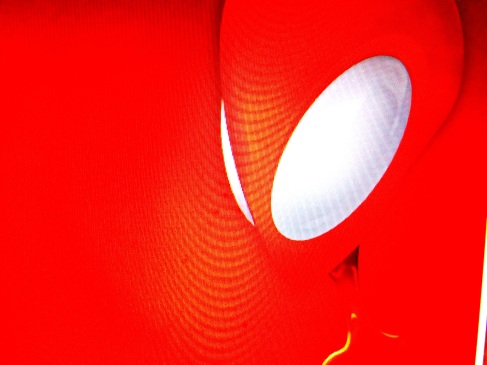 It’s Sunday, and I’m off to the flea market in Shinagawa, Tokyo.

The flea market, where I have had such days of  excitement at finding prize vintage specimens that I thought my head would blow off: other Sundays when I come back emptyhanded; and then others with just some old miniature bottle or other that nevertheless  yields me pleasure.

I always love going there in case, and never feel less than brimming as I enter that space, with all the stalls and the endless possibilities………….

Over the years, despite some unbelievable bargains, I must have spent a fortune: I am extravagant by nature, and can barely hold back; but I do sometimes have brakes, just about; and a more fiscally conservative side of me can kick in occasionally when I just say NO.

But when you find an extraordinary bargain, but for whatever reason don’t buy it, the regret – a gnawing ache in the gut – can eat at you for years. I still have this pangy feeling about Champagne, once finding a very rare, 15ml parfum – boxed, glinting and golden- for about ten pounds. But I didn’t snap it up. The reason was simple – the flea market in Tokyo had yielded so many treasures that day that I simply couldn’t justify any more spending, especially with Duncan hovering owl-like at my shoulder. Doing the right thing, however, is often very dull and now I really wish I had, that I had secretly found some pretext and nipped back naughtily to go and buy it.

When Champagne (later changed to Yvresse due to a dull law suit by French wine producers), came out in 1991, I remember Helen and I rushing out to Rackhams in Birmingham to try it (these were the days when new perfume launches by the big houses were much rarer and so much more exciting, when  the new fragrances were unveiled with huge advertising blitzes and you wondered headily to yourself as you arrived through the doors just what will it smell like?)

But the startlingly fizzy, already-decaying-fruit-over-candied-chypre accord had Helen immediately clutching her two front teeth for fear they were melting, a sensation that is really quite visceral, but in the parfum, an old vintage creature whose powers had become exponentially stronger over the years, it was like nothing on earth.

One sniff: instantaneous molar meltdown; teeth fizzing away and piffing like sugary sherbet dips in rice paper. Just thinking about it even now gives me acheing urgings in my front two teeth. The parfum: a gigantic, neon-red, plutonium lychee spaceship glowing like a bawdy chypric message from another planet. Dazzling. Pulsating, and sending out strobes.

37 responses to “I WAS ABDUCTED BY A LYCHEE SPACESHIP: CHAMPAGNE by YVES SAINT LAURENT (1991)”