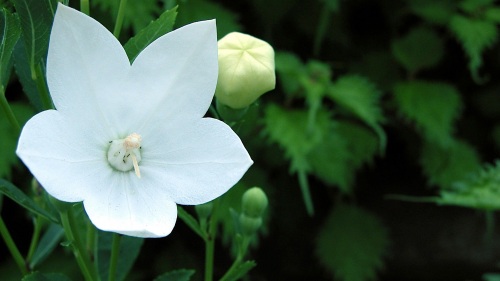 The main thrust of contemporary high street perfumery is vulgarity. A pushed up cleavage; cling-wrapped derrière; the rubber-lipped Kim Karshadian of a ‘celebrity’ magazine culture that is peached up, pouted and packaged in a fruity, pink, vanilla’d explicitness; a fruitchouli ‘sensuality’ (you will never know how much I hate Coco Mademoiselle); or else virginalized, and rigidly chastity-belted, as the pure-as-the-driven-snow ‘roses’ that are often, in their holier-than-thou, quite angrily overt ‘get your eyes off my derriere’ passive-aggression, strangely, somehow, even more crass.

Despite this rather rum state of affairs out there in the world of popular perfumery, there is definitely, nevertheless, still a market for more nuanced and intelligent scents that don’t place themselves as definitively at whichever position they have chosen on the culturally prescribed sexometer, that go for a more subtle, distanced approach, melding sensuality, and the mysterious promise of what may be, with fragranced veils of a more demure (some might say prim) floral architecture: in essence, producing scents that are much less cynical, Pitbulled, Tanquerayed-up f***s in a night club toilet, than more gentle, and soulful, scents that draw on a more subdued, pristine quality to instil intrigue and interest, to not state her intentions quite so directly.

In a sense, both Paradis Paradis and Opardu, soapful, green-and-white floaty summer dress creations, are nostalgic, throwback scents, immediately familiar in their savonesque, ladylike, almost motherly, purity. Puredistance’s much lauded Opardu – whose very name is meant to hint at what has been lost, in some sensitive, semi- Proustian manner, is certainly quite redolent of something comforting and feminine (Duncan said it reminded him of the smell of his mother’s make-up bag): for me it approaches more the Platonic ideal of White Soap, particularly of the Japanese variety: Shiseido’s Savon D’Or, for example, with its raised-on-a-pedestal, irreproachable, soapen hardness, as human and fleshed as a Grecian statue; and as removed from all hints of coarseness as it is possible to be.

Though described by some as a beautiful, old school, glamorous scent, I would have to say that despite its undoubted lushness (a glimmering, luminous floral abstraction of tuberose, lilac, Bulgarian rose, gardenia, jasmine and heliotrope) Opardu strikes me more as a slightly cold, if undeniably romantic, scent with some of the ‘respectable’ aura of Estée Lauder’s White Linen, but without that perfume’s aldehydic traditionalism. It smells more modern, perfumer Annie Buzantian (creator of Lauder’s groundbreaking Pleasures and Tommy Girl, among others) successfully combining these plush, green florals with more sensual, powdery cedar musks in the base, to produce, for once, a proper contemporary ‘perfume’ that will appeal to anyone who likes to wear scent  as a conduit to escape; to walk about, dreamily, haughtily perhaps, and ‘rise above’. I find, also, though, that there is something almost salty down there in the depths of this scent, an aspect that makes the perfume less pliant and doe-eyed that it initially might appear to be, and hints, possibly at a potential sexual table-turning when these two attractive and well-dressed people leave the exclusive restaurant they have just successfully met at for their fourth date; and, with a slight glint in her eye, head, for the first time, to her room at the hotel on the opposite side of the street.

Paradis Paradis is a far simpler affair than Opardu, clearer-eyed and lighter; uncomplicated. It is also less original. In fact, this perfume is so familiar on first sniff your smell brain immediately goes off searching into its compartmentalized pockets of perfume memory wondering where you know it from. A few seconds later you have it: it is a perfect hybrid of Hermès Hiris and Gucci Envy, with the identical, airy, melancholic iris of the former welded to the taut, chic, slightly bitchy green of the latter (quite successfully, I might add), and creating a full-blossomed, feminine scent that is quite appealing. While similar to the Hermès, a scent I wear myself on days that I want to close myself off from everything, slow down within myself, and enter its aqueous, introverted, almost perverse ill-humour (has a scent ever been more melancholic?), Paradis Paradis is a more optimistic scent: lighter, creamier, with the Envy-ish green note holding it all in place and giving it a slight touch of sass and flirtatiousness. This perfume would be perfect for a garden party in summer, the hostess flitting about in a brand new, carefully fitted cotton dress bought for the occasion, in control; giving out smiles, drinks, and tidbits of food and gossip to her guests, an almost coy, girlish aroma following her pleasantly wherever she goes on the breeze; but, crucially, and intentionally, never giving too much away.