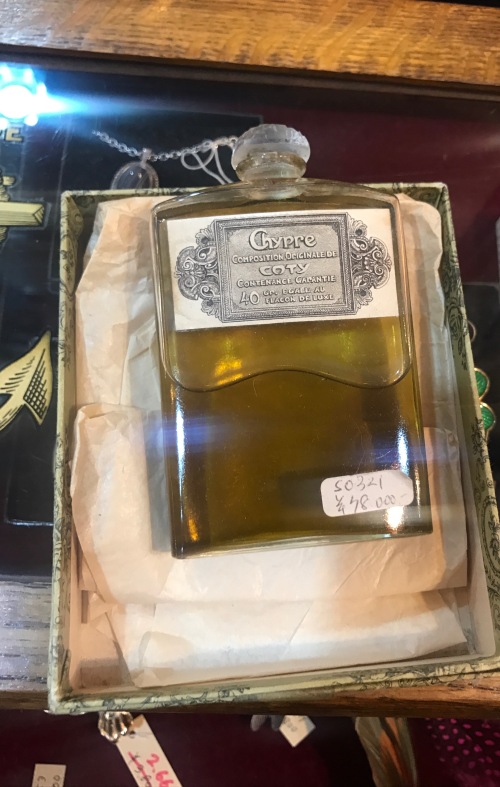 I have not smelled it.

But this EXQUISITE bottle, priced at an excruciating ¥78,000 (of course the owners won’t let me smell the contents), is still there, taunting me, in an upscale Shinjuku antiques shop.

Have any of you readers out there ever tried this legendary original?