the hypnosis of lotus 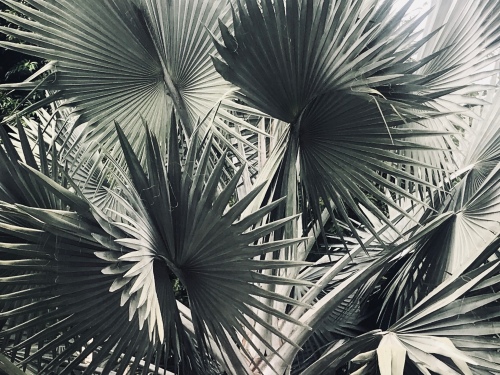 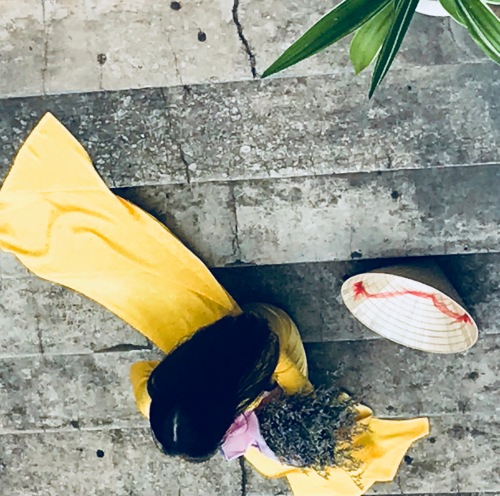 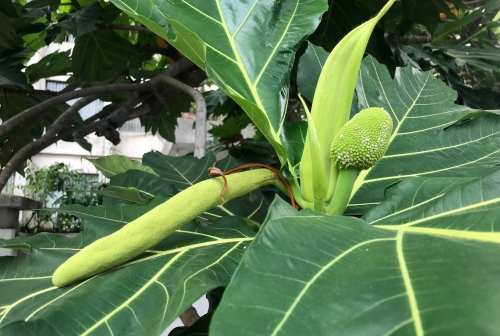 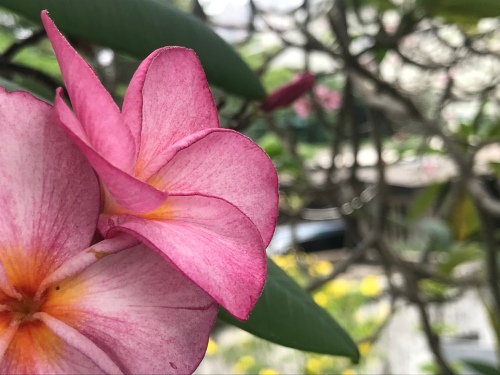 Trying to find the yin in Ho Chi Minh is not easy : downtown last night was UNBELIEVABLE – I am still processing it (Duncan described it as ‘biblical’) and I would agree. It was insane : disorienatingly (thrillingly) wild and in your face – yang to the point of delirium –  so much noise, so many people, so up up up I can only describe it as a paroxysm that threatened to almost destabilize me.

Earlier in the day was calmer – like at the museum ( these were the flowers outside, and a woman in yellow on the steps ). But still wandering around in heat was quite tiring- eventually we found a cafe by a park and ordered lotus tea. 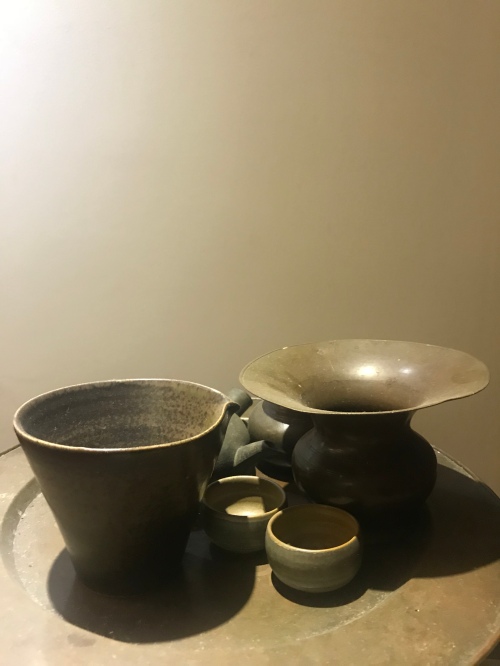 I am obsessed with lotus tea. It is one of the reasons I wanted to come back here. While the leaves of camellia sinensis green tea form the background of the flavour, the centre is like vanilla pods tinged with a distant hint of anise, and a rounded, sensual florality in the mouth that is just delicious to savour. I lose track of time slightly – become centred in the flower perfume.

It is also strangely hypnotic. I think we just sat there for an hour or more not really talking, just letting the world go by : motorbikes seen through the green of the trees: lulled. I believe it was the tea.

Though it is possible to buy a cheaper form of lotus tea in bag form at convenience stores and supermarkets here, I have also long really wanted to buy some of the high grade leaf variety to have back at home in Kamakura, and today we went to a specialist tea shop, down a side street near the Saigon opera house, where I bought a wooden box of organically grown lotus tea which is made by hand by an artisanal tea maker who blends the wild grown tea with ground pistils, stamens and flowers of the lotus plant.

It cost as much as a small bottle of perfume. But it felt to me like the most beautiful, luxurious assignation – a taxi journey on a hot December Sunday to buy something fragrant and precious : and unique to the place that we are staying.

7 responses to “the hypnosis of lotus”