In David Lynch’s Twin Peaks, Donna goes to the house of The Orchid Man  –  a germ fearing, horticulturalist agoraphobe who never leaves his rooms, surrounded by his darlings, during an episode entitled ‘The Orchid Curse’. They kiss. Chaos ensues. Cigarettes. 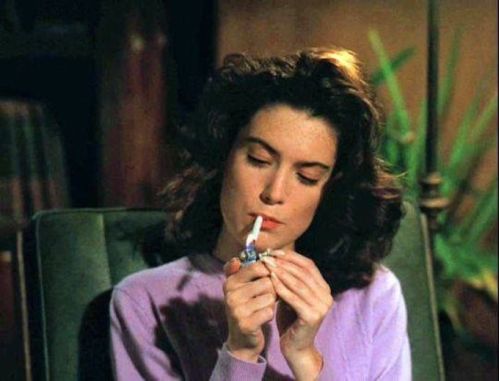 Orchids always strike me as being very extreme. The care they require, the obsession they evoke in those that tend to them (Clint Eastwood’s flawed but intriguing film ‘The Mule’ from 2018 was centred around a flower grower so possessed with the blooming of his orchids that he was willing to not only sacrifice his family, but also become a drug runner for the Mexican cartels); in Java, I witnessed firsthand the painstaking work required by the employees on the vanilla plantation to nurture the vines, spread out as over several hectares of forests while the orchid plants climbed quietly and stealthily up the trees but would bloom only one day of the year – that frantic time when the workers would be searching the entire premises looking for the ice cream coloured flower as it opened for the process of pollination;  a precious, beeless moment that, despite seeing every other step of the agricultural methods used to produce one hanging vanilla pod, I was unfortunately just a few days too early to witness firsthand. 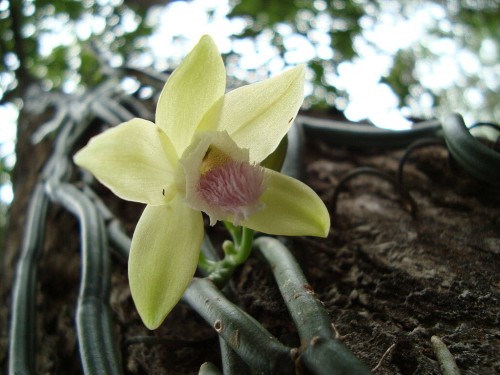 I have noticed recently – having seen lots of documentaries set in various parts of the world, but especially in the U.S, that there is a  preponderance of  minimalism in many of the interiors (‘millennials favour experiences, not possessions‘), almost as if they themselves, the protagonists, form the decoration in the places that they live; the surroundings almost plain, utilitarian.   Space.

I am a lot more like the Orchid Man. I love to be inside. Surrounded by things, living or otherwise. If I could grow them, I would have them trailing the balcony, strangling other plants. Breathing. I want tropical flowers, succulents, as many as possible. If I could, I would make the inside of my house like a jungle.

In ‘Orchid Fever – A Horticultural Tale Of Love, Lust and Lunacy’ by Eric Hansen, we come to learn of perfumers working for Shiseido who have consulted orchidologists in order to recreate the specific scent of a delicately perfumed orchid that is favoured in Japan (the perfume was an Asia only release), the Chinese Cymbidium : 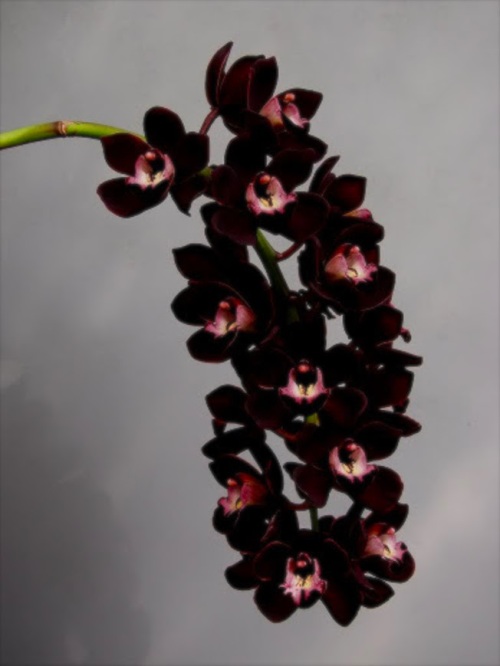 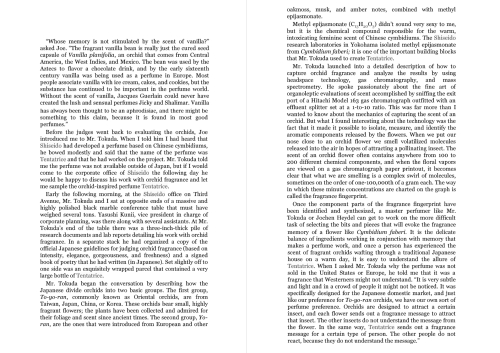 Indeed, as described, this understated perfume is gentle and delicate, but more than discreetly erotic as well (after all, tentatrice does mean  ‘temptress’ in French); based more on a gorgeously prominent note of palpably living jasmine than any orchid that I have smelled (I was once amazed by the low, numb glow of the scent of a sweet powdered orchid that had opened in the botanical garden at Shinjukugyoen national park: I think previously I had thought that the flowers’ perfume was imaginary ) – though we smell something of the snake in the hothouse here in the foreground as well; leaves, a fresh white, a calm, but also a coquettishness that I remember was much more prevalent here in Japan when I arrived in the late 1990’s when women were less afraid to smell sexy (despite the clannish cultural ‘exclusivity’ of the above, if you can read it, this perfume could work very effectively on anyone, anywhere). There was more of an international mindset still going on at that time, before the slow interiority of the last two decades started to set in to calcify the  veins and women became, on the whole, somewhat more dowdy and/ or ‘childlike’ (and with a tedious prevalence of desexualised rose perfumes to match). Tentatrice is different, and quite imaginable on a much more mentally and physically lithe and unafraid woman of the late Bubble Era who may well still be wearing this mid 90’s fragrance right now somewhere in Tokyo as I write this;  someone chic but not uptight; one who would value her perfume properly,  happily to regularly use these reconstituted flowers – these living, mysterious, sexual analogies  – as ensnaring, and skin close    —   eaux de toilette.