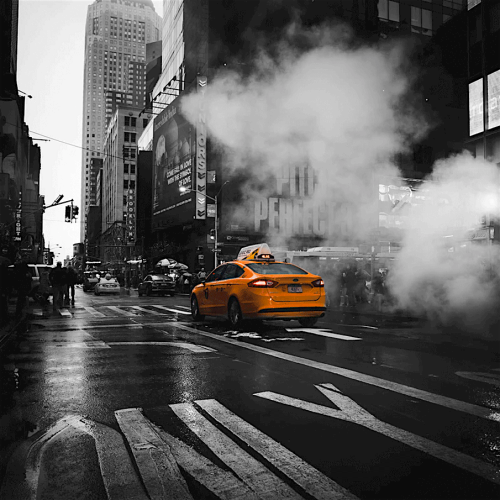 No one can travel anywhere now, except domestically. In Japan we are not even supposed to do that: to cross into other prefectures. Some have taken to ‘online travel’. I can’t be bothered. Although it is beneficial to those suffering in the tourist industry (even if the ticket prices are a mere pittance compared to in-the-flesh itineraries), I don’t want to go anywhere – be it an art museum, an underground grotto, a piazza, or a waterfall, through the lens of a computer camera.  I will wait.

But can scent take us there? Can we be whisked off to a desired destination through a purposely composed perfume? It is a tricky one. There are plenty of travel inspired perfumes, whole fragrance lines out there that claim to be able to magic us away to other shores, climes and neighbourhoods, from Gallivant’s world tour of hip destinations such as Brooklyn, Berlin and Tel Aviv to more detailed road maps such as BEX London  – which explores the city more thoroughly by particular boroughs and postcode. We can smell the tulips in the Tuileries; smell the hookah pipes and spice mounds at countless souks; dazzle ourselves with the wonders of the 1001 Arabian Nights. Since Perfume Immemorial, the Orient has been a source of wonder for perfumery, from Shalimar to Samsara : we dream of the inexplicably exotic swami garlanded in orange flowers lighting sandalwood joss sticks; kohl-eyed beauties trailing jasmine.

Strada – Italian for street – is a curious one,  in that the perfumes turn this Orientalism completely on its head. Both Sloan Street in London and 5th Avenue are barnyard oudhs, funky as ol’ hell, and to me have no connection olfactively whatsoever to my first hand or pre-conceived image (in the latter case) of these places as they are known in the ‘popular imagination.’ Sloan Street is an ambery oud with roses and leather; rich and pungent, quite good, although there are literally millions of perfumes like this already on the market. 5th Avenue takes a similar route:  oakmoss and animalic oud with some caramel and saffron : heavy as  – and will be perfect for those who like it loud (which is how we presume, from all the films we have seen, native New Yorkers to be). Personally, I can no longer write rationally about oudh as my brain cells à la agar wood have been bludgeoned into oblivion : what I can say is that I find the conceptualisation quite intriguing. It goes without saying that both of these Metropolises are famously diverse and cosmopolitan, and yes, there are a lot of rich Saudi businessmen who own property in the wealthier areas of London (including Harrods) – so in that sense, Strada’s London interpretation is subjectively accurate for those who live there. However, it strikes me that if you want to appeal to the wider masses with recognised cultural tropes – to let them ‘travel the world’ without leaving their armchairs so to speak – then other, more tourist-tastic Ol’ Blighty notes might have been more advisable (like pie and chips). Having said that, Guerlain’s take on  London just smelled of fruity shampoo; Gallivant’s ozonic rose –  so the sheer myriad of voices in one single city, at the end of the day,  make all smell representations equally valid. Your London might not be mine.

My own recollection of the Via Veneto in Rome in the 90’s is of rich women in Fendi furs ostentatiously shopping in Salvatore Ferragamo in giant sunglasses as I would make my way past them up to the Spanish Steps and the cool, mysterious shade of the Villa Borghese that looked out over the city at sunset. Via Veneto the perfume is sufficiently glamorous to capture this conspicuous consumption of the most famously high end place to go shopping in the city, packed with amber, patchouli and cypriol, jasmine, iris, rose damascene and iris with lurid  twists of ginger, myrrh, tuberose and clary sage to make the whole experience extra torrid and voluptuous. If it is all a bit much, so is the place that inspired it. In that sense, the perfume hits the mark. Reminding me in some ways of Kenzo L’Elephant, this is a full on perfume that has a certain originality and flair.

Avenue Montaigne for me personally is my joy at finally being actually inside a real Caron shop for the first time with Helen at the turn of the millennium and being almost moved to tears by all the antique powder puffs and perfume fountains; the mirrors and decor with the Parisian streets moving outside; the almost musty interior of quiet and calm  – with just one shop assistant there who clearly wasn’t particularly busy – as we awed our way through the shop wondering which perfumes to buy ( she ended up with Bellodgia; I bought Narcisse Blanc). Strada’s take on the iconic fashion street is more brash and androgynous : a jasmine/ saffron and cedar/ fir resin perfume with sweet notes of rose, vanilla and musk made even more hardcore with an interesting addition in the heart of ambergris and birch ; a silvery note that makes it almost like a drag version of Chanel’s Platinum Egoïste. If not oversprayed, I could actively enjoy this one on a hot dude in a convertible on a sweltering summer night; sunglasses, blasting out trap, in some dense, unnamable city.