Smelling a contemporary version of Estee Lauder’s Youth Dew in Debenhams one day instantly recalled to me a certain hard-faced, zealous, glamorous, type of middle-aged woman common in my Lancashire youth. A type of woman with a pristine, gleaming abode – chic, elegant and well-scrubbed with the shiny mahogany panelling, orange lighting and white carpets so popular in the late 1970s and early 1980s. A type of woman that wore her curlers like a crown in daytime, and only was seen without them on Saturday night, when she would parade from her front door in some elegant, flowing sorbet number; her long, rounded scarlet nails immaculately-maintained; her tanned slender feet and gnarly toes stuffed into gold, heeled, sandals. A woman whose home was a palace, who stood by her man, and whose kids were kept in order by a habitual snap of ‘mind your manners!’ or ‘wash your mouth out!’ – an action she was not afraid to take upon herself when pushed. In its taut shift between sweet and steely, nice and nasty, contemporary Youth Dew conjures the sort of small, wiry woman, with strength to hold a burly, swearing, teenager over a sink and indeed swill his mouth with a bar of Palmolive should the situation require it. A steadfast, elegant, Tory-voting woman, whose bearing bore the cool, firm, grace of rigorously-observed ballroom dance training, but fierce and fast in fury. Such a woman could be relied upon to take control of every situation – whether that be with a lofty shout to everyone to ‘Move BACK!’ as she poured a kettle of boiling water over a nest of Summer ants from a great, slow height; or with an efficient tea party ‘rescue’ of spilt jam onto a cardigan with urgent display of sponge-cleaning after a scone was dropped. An expert at elevating the mundane to a melodrama, she was at the centre of everything; an engaged and lively type of good neighbour, corrective, mildly outraged but kind in day-to-day interaction. Genuinely happy that someone’s child had passed their 11-plus or made their First Communion, or see others get a brand new car, be decked out in a beautiful wedding dress for the big day, or have a bouncing, bonny, baby – she would be the first to present a compliment, tupperware bowl of cakes, crisp pound note or shower of confetti by way of congratulation! On such occasions, her smile was broad, and her eyes would not so much warm, but vaguely mist like condensation on a marble, in a way that made her quite pretty, and revealed a romantic, girlish delight in the progress of others, and by extension the progress of the community. Essentially, however, she was the sort for whom garden roses were important more for the large thorns and tough stems as they were for the brief flowering of sweet, large, velvet petals each short Summer, and her thin, pinching, fingers gained strength from vigorously pruning those stems as year succeeded year.

There is something essentially materialistic and driven about contemporary Youth Dew. A brief, engaging, whiff of innocuous sweetness romances one into initial attraction, but is swiftly followed by a spicy, intense, clawing, bitter cinnamon that does not so much linger as persist and pursue. Something I have noticed whilst wearing this perfume is that it draws instant attention from others. If I spritz some on in a store, within minutes of walking down the street I find myself the recipient of direct and lingering stares, mainly from men. Women, by contrast, make a beeline and quickly talk to me more than usual in shops or cafes, and in fact, it is a fragrance that seems to encourage frank, communicative exchange. Once it finds its level, it is scent that appears to move steadily between its sweet and bitter notes in even measure, not so much unfolding, as in constant, tense, see-saw of attraction and repulsion. It is inherently a defensive scent, and I have found when wearing it, that it is easy to be quite single-minded with it – perhaps, if the situation required, ruthless! It’s a scent that knows its own mind and is not afraid to speak it, and will ultimately do what it needs for itself. Its see-saw gives way eventually to a thin, metallic endurance and a musky chalky dry-down that fleetingly recalls the dry-down of Magie Noire. But where Magie Noire enfolds one in the delicate but warm embrace of an airing cupboard in its fading, the new Youth Dew cools – its final message finding resonance in a smell that evokes the vigorously-scoured steel of an impeccably clean sink and draining board. And it demands nothing beyond that ultimate satisfaction. 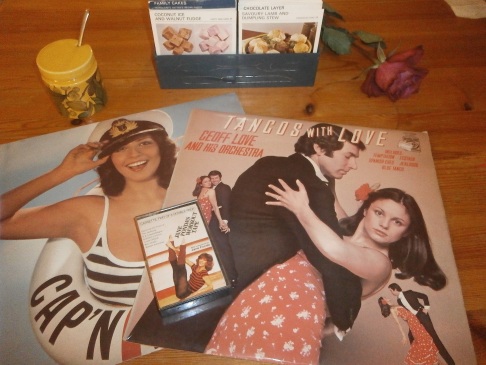 Having essentially made up my mind about Youth Dew from the contemporary version, it was with surprise that I received Neil’s beautiful gift of a vintage bottle of the perfume, to find a marked difference in its composition and effect. Arriving in a mint-green box with yellow gold plate, the bottle sits neatly inside on a smooth velveteen base. The bottle itself is delightful, and softer than the design of the contemporary – which always reminds me uncomfortably of a faceless glass doll with a neatly-cinched waist. Made from misted glass, the stopper on the vintage is a huge flower head – part daisy, part buttercup, part wild rose, and the perfume, unlike the thin, vinegary glint of the contemporary version, is thick, opaque and brooding.

Whereas the contemporary initially lulls you with its sweetness, on wearing the vintage, the nose receives a shock of thick, treacley, acrid substance, forcing an instant recoil and intense attraction in its opening notes. It is a smell not unlike molasses, tar, rotting orange and the fierce, bitter, metallic, whiff of the lid of a pickled onion jar. Where the bitter notes of the contemporary create a cool barrier to connection and invites attention with an ironic melodrama of the moment, the vintage, unwittingly and artlessly drags you into the inherent drama of its own awkwardness as its harsh, cloying, soup settles into your skin. ‘What the hell is this?!’ You do find yourself wondering. And yet it is a scent that is complex and integral, so trusting it, you follow its course. And then as if by magic, something beautiful begins to happen. The acridity gives way to a strong spice, not unlike the smell of hot cross buns, and undeniably warm and comforting. And slowly, a sweet, creamy, buttery fudge emerges and sustains with confidence on the skin for much of the day, supported by a delicate hint of rose, amber and patchoulie (and possibly, though I have not seen it listed, benzoin?) sitting far away in its base structure. Eventually it fades to a musky powder and disappears. This perfume invites a similar impulse to conversation and attraction as the contemporary, but where the newer version is cool and knowing, and essentially cutting, the vintage compels one to speak the truth of a situation without hesitation, almost in spite of oneself, impulsively and with great, but slightly world-weary conviction!

What is the character of this vintage Youth Dew, and how is it related to its contemporary? The vintage and contemporary versions are essentially like sisters cut from the same cloth. Both are driven with a desire to have more from life; both are mildly frustrated, demanding, compelling and expressive. The vintage is a pensive, knowing, sweet, solitary, awkward and compulsive individual where her contemporary sister is driven, smart, outgoing, cool and materialistic. The vintage is more open and drifting, where the contemporary knows its own ends and will demand her life to be the way she wants it. For me, both versions undeniably evoke the young women of the 1950s who later became the middle-aged matrons my generation knew in the 70s and 80s. I have never smelt this on men, but think it would accord well with many men in its distribution of sweetness and musks, and in its composition possibly recalls a number of fragrances worn by Arab men. In both its incarnations, it is essentially a scent for middle-age; the dew of its title not so much evoking fresh-faced Spring mornings with bright young things striding over a lawn, as the dew of evenings where a middle-aged woman might wrap herself up in the dusk, lingering at a kitchen door to watch the silhouettes of bats scud across the sky and to smell the intense urgent luring of night stock. Where the wearer of the contemporary might place a firm bolt on the door, and settle in to watch the evening’s telly, the vintage wearer might stay to breathe that night air a little longer, wait till the stars show their light, and wonder where her life is going. 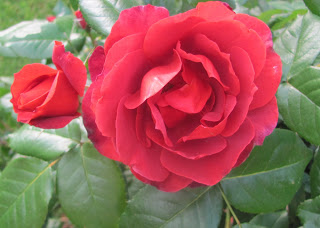 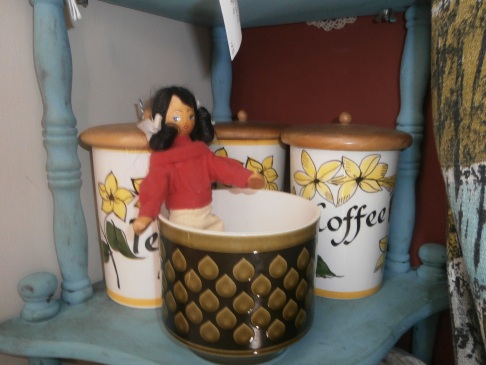