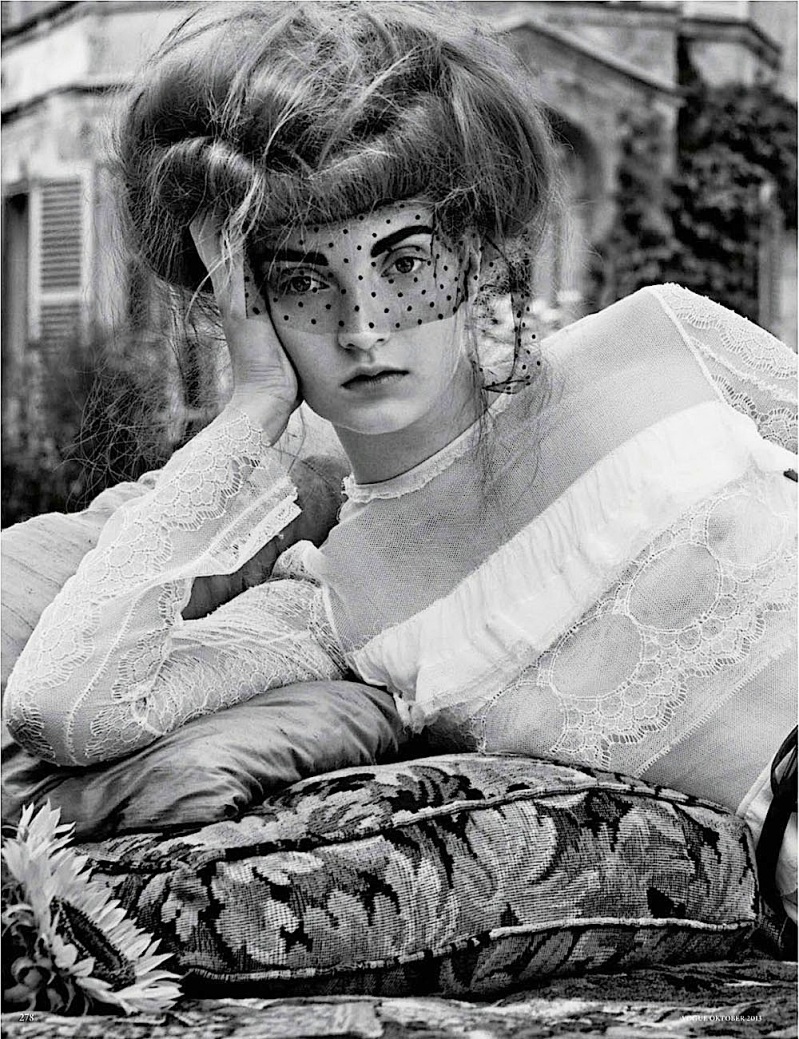 Misia is surprising. There is a new and optimistic heedlessness to this scent that sets it apart not only from the dignified and beautiful classics from this house – as well as its big commercial blockbusters – but also from the more preened and ‘luxurious’ stablemates from the house of ‘Les Exclusifs’ – 28 La Pausa, Bel Respiro  – with their glimmering – if sometimes strained and diluted – facades of Parisian and New York chic.

A new perfumer is at work.  Olivier Polge, son of Jacques, in-house perfumer since I978 and soon to become the chief Chanel scent creator himself, has authored his first creation for the house, and judging from this exuberant and outgoing perfume it seems that he may well be about to take the company’s fragrances in a different, more uninhibited direction. I had heard of course that Misia was a ‘retro’-influenced perfume, based on the smell of lipstick and powder, of violets and roses (but then I had also heard that I932 was a ‘jasmine vetiver’ and my expectations couldn’t have possibly been more deflated by a perfume than that pitiable creation), meaning that I was expecting something watered down; ‘just so’; revised, clear – finding instead upon smelling it yesterday at Takashimaya department store in Yokohama that this was a blast: a fun-loving, hedonistic, thickly made-up creation that didn’t strike me as being particularly Chanel-ish but which reminded me immediately instead of the lovely Teint De Neige by Lorenzo Villoresi and also the delectable La Rose De Rosine, a scent I sometimes wear come this time of year because it is just so carefree, full, and sense-fillingly nonchalant that it makes you almost want to get down and can-can.

On further inspection, as you get into the drydown and the heart of Misia, you realize that despite its apparent ardor and simplicity this is in fact a Chanel: the perfume is no way near as poignant or touching as the Villoresi, nor as loose at the seams and louche as the Rosine; there is still that porcelain Chanel backbone somewhere at the centre – that Rue Cambon throw. Nevertheless, the initial violet-drenched rose (there is a lot of violet in this perfume) is a gorgeously sweet and heady blend of the typical rose de mai with a more voluptuous and throaty Turkish rose essence that took me quite aback for its full-throttle, powdered ambush: less a prim, ladylike portrait of a slim, mirrored compact, this was more pierrot to me: costumed, exuberant…… and in fact the perfumer has said that he was influenced by Diaghlev’s Ballets Russes and the clamour backstage as the dancers foist themselves into their costumes before heading for the performance; the feminine scent of skin, bodies and thick pancake commingling in the high octane excitement of the dressing room throng (an idea also interestingly explored in Pierre Guillaume’s Poudre Riz). Misia Sert herself, the perfume’s direct inspiration, was Gabrielle Chanel’s best friend and confidante, muse to many artists of the period – featuring in paintings by Toulouse Lautrec and Renoir – and a decadent bohemian and sensualist who was involved in scandaous ménages a troix and drug use while simultaneously maintaining a successful career as a concert pianist.

But though certainly a supremely confident scent, I don’t really think that any of the subtleties or complexities of this woman, as I read of her, can be said to be present in her twenty first century perfumed incarnation. The Chanel scent inspired by her name is in some ways rather thick and simplistic (though it is certainly no mean feat to make something that eludes to the past but still smells new and contemporary in this way): Misia is a barrage, almost a cloy, of violets roses and smooth, sexual benzoin resin and tonka beans that I can imagine becoming a little overinsistent were you to be in constant daily contact. But while it might lack that Chanel, standoffish finesse, there is also a new brightness here, an uplifting, posey punch of confidence and vitality – unbounded and unfettered, comfortable in its own skin – that suggests that Olivier Polge might be able to give Chanel, whose perfumes in truth I have not been very excited by of late, a much needed new lease of life.