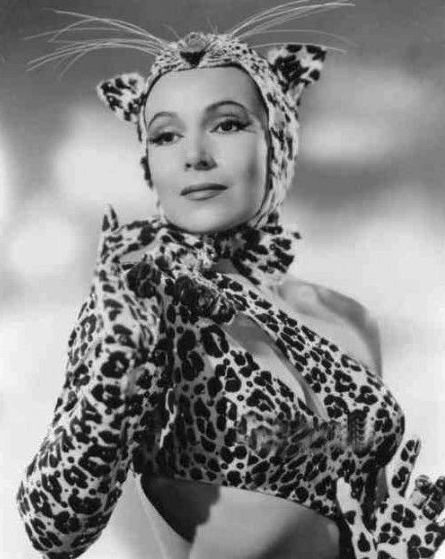 I came to this late – very nearly too late. I’d heard reverent murmurs about this voluptuous beauty with a husky timbre and silky spirit: a hallowed resurrection of the golden days of Guerlain in the guise of a fruity chypre. Is there any greater lure than a discontinued Guerlain? The pull of those beautiful gilded bees lures you in until you’re neck deep in their gummy honey quicksand, gulping down small puffs of hysteria and trying to regain perspective. There’s a certain promise: the magnet of something uncommonly beautiful just out of reach.

I’d managed to (sort of) ignore it, assuming that the thing would be impossible to find and that even if I did unearth a bottle it would run me out of house and home and condemn all my meals for the foreseeable to gruel and slops. Sometime in early 2012 or so I sent an email to the wonderful Place Vendome in Belgium (if you haven’t shopped there – I apologise to your bank balance in advance – it’s magical.) I was asking after another Guerlain I’d developed a fixation with and in doing so, asked for a list of their current stock. The reply came:

I think I probably did one of those Disney-esque double takes (actually even reading back that list now pokes at my adrenal gland) how can this perfume, this unattainable unicorn be just there. I could order it! Oh god. I tried to talk myself out of it but when they told me they only had the one bottle left, and feeling the firm nudge of a more experienced Scentophile on my back (‘Just do it! You can always sell it if you don’t like it!’) I bought it blind and spend the next week trying not to wake up in a cold sweat at 3am.  When the beautiful bee encrusted bottle arrived, after spending the requisite time stroking it, I twisted off the stopper. A rush – honestly, I know this sounds hyperbolic but I had one of those very rare moments when, in amongst the thicket of perfumes you smell that don’t suit/are downright dreadful, you recognize something of yourself in the bottle. Silly as it might sound, here somehow is a piece of your soul seemingly caught in liquid amber. This is really such a beautiful perfume.

Guerlain classified it as a ‘fruity chypre rose animalic’ – but I find the rose part somewhat misleading. A dark, fruity rose is nestled in the heart but this is really much more abstract as a whole: a complex melody of sequential layers and shadow play in the classical style.  Weaving between liquored sweetness and smoky, soft tang there is rose and jasmine, orris and violet, peach and cinnamon held up by darker leathery basenotes of oakmoss, fir balsam and the distinctive rich and smooth tonality of the proper sort of sandalwood. It’s a conversation between vintage style powdery florals and the siren call of deep amber.

The rose and violet do their lipsticky thing bolstered by a light touch of snowy orris – the gorgeous buttery/ashy sort – whose clarifying glints shoot through the amber like light on a sapphire and glisten like snowflakes in the night sky. The orris and violet don’t make this a dry scent though, although they do temper the richness that pervades it, preventing it from becoming too sweet. The body of the scent fans out with that buxom rose and the animalic indoles of jasmine spun with nuances of just ripe, dander skinned peach and perhaps a pinch of civet before darker, denser notes of oakmoss, patchouli and that resplendent sandalwood gild the base. There is plenty of that Guerlainade hallmark duality of umami facets – leathery moss, dry woods – against powdery patisserie sweetness that make it both delectable and definitely inedible. In the end, it becomes a magenta mossy haze of the rose-cream of sandalwood and piquant powder, lassoed in dark, honeyed amber. A seductress (with just a hint of sleaze), this perfume wraps around you with velvet tentacles.

A difficult scent to describe in some ways, being at once strangely familiar (in the sense of possessing a great comfort and assurance) and disarmingly beautiful. I personally find it in no way challenging or inaccessible, but it does have that unfurling characteristic of the older Guerlain perfumes: there is a plot, an orchestra of characters that bloom in and out. Long hours on the warmth of skin does it every favour and perhaps those that expect a Polaroid perfume would leave their seats before the final curtain call. These perfumes, just like people can be, are perhaps at first a little unfathomable – puckered and guarded. But with time and touch the layers of edition melt off into what feels like a confession, leaving the essentials: a sensual interlacing of softness and carnality (we all have that mix) which wait like little secrets beneath the protocols.

There are peekaboo flashes of Guerlain greats that roll in and out of the development of Attrape Coeur: Nahema winks by with her rosey radiance and luminous colour (but leaving none of her day-glo fruity, alien hyper-reality), Mitsouko lends her sylvan boughs and peach skin (but skips the dour severity.)  There are winks of L’Heure Bleue in the spiced powder and dusty orris-marizipan and Shalimar floats to the surface from the sweetly sullied leather-amber depths. But while these little homages are made, Attrape Coeur is very much its own creature: a dusky violet gem that wears like silk and panthers purrs. It’s both elegant and decadent, as soft as soot and as rich as brandy. This is a truly bacchanalian antidote to the flimsy and facile, to perfume as a last minute utensil. It is a recluse of finery in which you are allowed to revel in a particular kind of solitude; a dopamine crested wave at the sudden recognition of a rare breed of beauty.

So while this gorgeous thing has been unforgivably axed (we could be generous and speculate that restrictions and the rarity of ingredients was to blame..) there is a small solace in the knowledge that is has been re-released before. First launched as Guet Apens (‘Ambush’) as the centerpiece of the newly renovated Maison Guerlain in 1999, and housed in the covetable sapphire Flacon Lantern – a copy of the bottle used between 1939 and 1943 to house extraits of Jicky, Sous le Vent and others – it was withdrawn not long after. In 2005 the perfume reappeared as part of Les Parisiennes, now in a bee bottle and rechristened Attrape Coeur (‘Heart Catcher’.) Here it won a stay of execution until being slain again in 2009. Happily but for too brief a time, Attrape Coeur was reincarnated as the exclusive ‘Royal Extract’ for Harrods in 2014 (cue mania and me cutting a panicked dash to Knightsbridge to snatch a bottle.) Guerlain is wont to do this sort of thing: with a flourish release things from the vaults in different guises and with new names (and all too often nowadays an extra 300 Euro dolloped on top) – so perhaps at some point Attrape Coeur will rise spectrally from the ashes again. Until then, eBay is your best bet – I’ve seen several bottles listed there over the years (everything pops up on eBay eventually.) Genuinely, this is one of the ones worth the chase. If you can find it, buy it. (You can always sell it on if you don’t like it.)