See, I knew in advance he was going to become ‘president’.

And he has practically sucked The Black Narcissus away, as well.

Quite simply, I have been utterly transfixed by the horror. I have never been so negatively fascinated by a human being, as he purposefully tries to smash the world apart, one institution at a time.

( Plus, in terms of my absence, in case you were wondering, I have a book to write, by the end of August, and still haven’t finished the school term, in the biggest heat wave in Japanese history!)

Is it not a BIZARRE year?

I hope you are well though 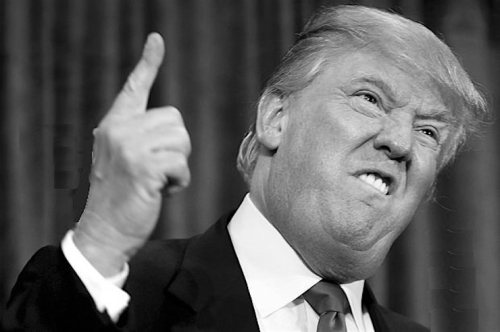 Donald Trump is interesting in that he provokes two extreme reactions in me. On the one hand, I could write reams and reams and reams about what he represents, on analysing his self-centred, bigoted, and very dangerous impact on the world. Simultaneously, at times, he quite simply renders me speechless.

Today, tired from work and from reading about him all morning in the weekend newspapers, I am veering more towards the latter.

I have never smelled any of the fragrances released by the house of Donald Trump, nor do I intend to, so I will let other people talk about them instead. “Success” is one of his other more recent releases, ” Trump “his eponymous and original signature perfume, though that last word, perfume, is not one that the misogynist and homophobic, illiterate fools that support him would be very likely to use themselves.

No, there are no Donald…

2 responses to “DONALD TRUMP : THE FRAGRANCE”