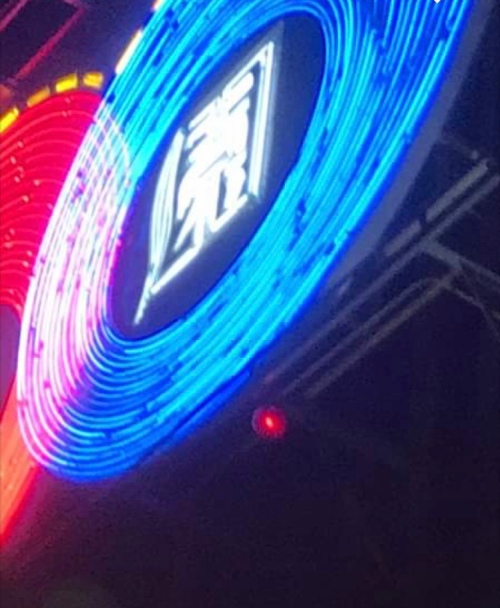 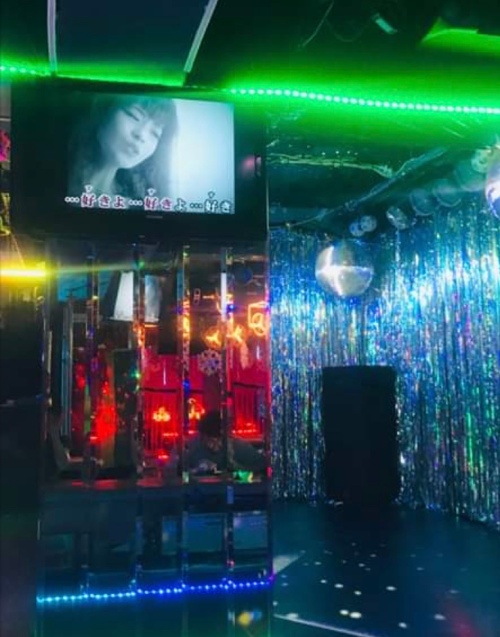 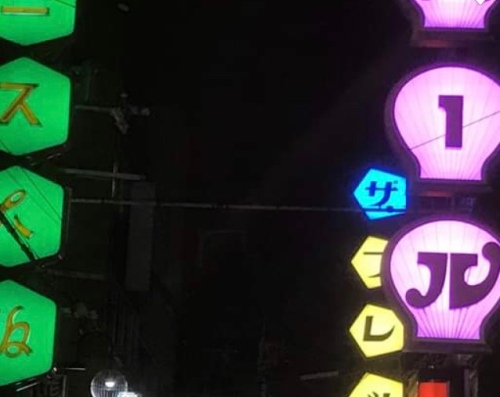 It was third time lucky with Osaka. The first time we were there was in refuge: shell shocked after the earthquake, cold, dazed and confused, and neither of us can remember a great deal about it. The second, I was not well still, post-operation, and we kept fighting.

Neither of these times had really let us have a true glimpse of what makes this fierce, vast, throbbing hub of neon and energy thrive and tick – its deservedly famous food ( people live to eat here, and we had some truly delicious Japanese dishes that satisfied at a deep level ); the catacombs and highrises of thousands and thousands upon mile upon mile of bars, restaurants, theatres, cabarets, sex joints, boxing gyms, old wooden houses, teeming department stores,  apartment blocks, street markets, cafes, crowds of animated people, Asian tourists – milling along on the streets…. there was an ease, and a flow to the place that makes you understand the Osakans’occasional resistance to the more removed, aloof Tokyo lording grandly over the country in the north. 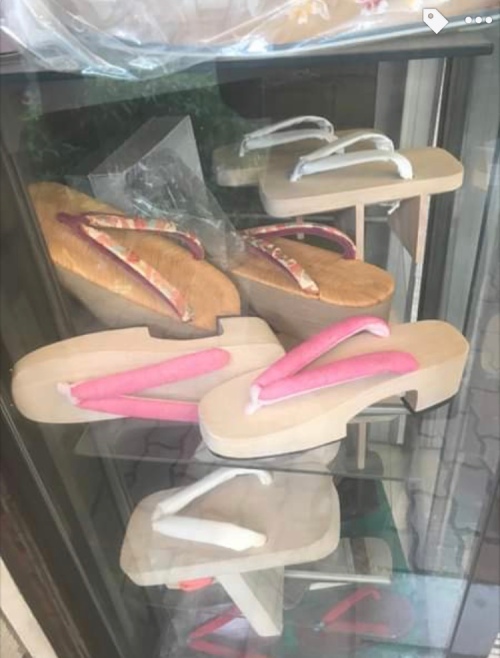 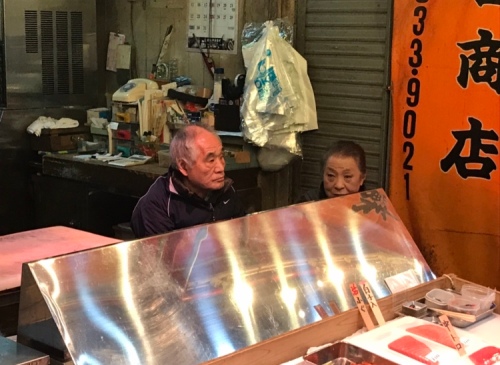 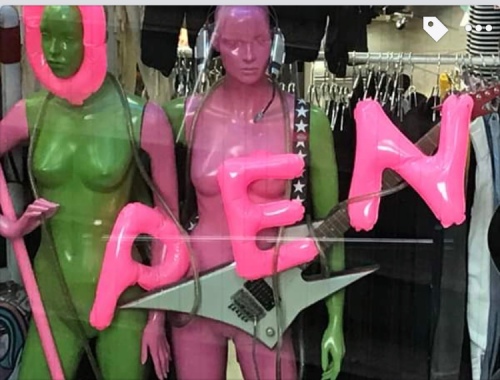 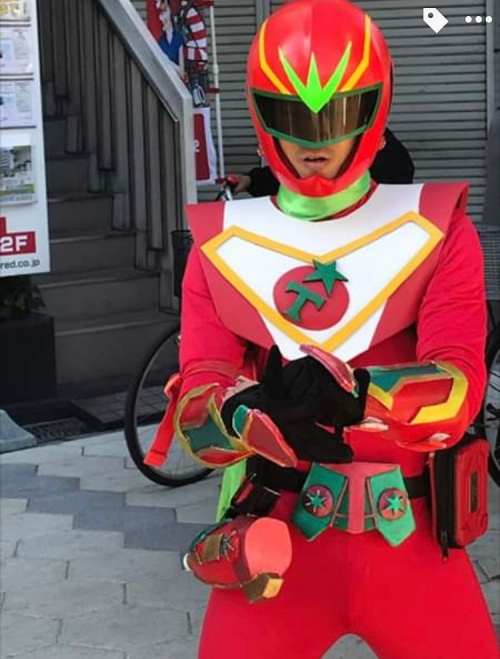 This time we had taken the shinkansen down to Osaka for a curious reason : I had decided that I wanted to make a pop video for my birthday. Not something I had ever considered doing before, but since having found an original vinyl copy of The Art Of Falling Apart by Soft Cell at a shop in Yokohama, with its limited edition secret ‘Martin’ 12” single concealed in the sleeve, this had brought memories flooding back from my obsessive teenage years and I wanted to consecrate them : that dark time when this terrifying, ten and half minute demon disco masterpiece of goth horror schlock about a psychologically disturbed suburban teenage vampire – both melodramatically comical, and yet in its relentlessness and sheer levels of histrionically ramped up paranoia and hysteria, exhilarating, and disturbing  (to a twelve year old boy locked in his own world of clandestine terrors, taping it on the late night radio after the regular Top 40 chart show on a Sunday, it offered both a glimpse into a world I was terrified I might be part of, yet also a chance of release, escape : a friend of mine in fact told me the other day told me that this was the song that ‘saved his soul’) – invading my willfully impressionable psyche with its power.

This is the dichotomy with Soft Cell :the operatics, the seediness, but also the very original, melodic refrains that led to their undeniable mass appeal – both mainstream and yet so underground and art school at the same time:::  the genius synth pop electro duo of David Ball and the torridly frenetic torch singer Marc Almond, who scored a gargantuan international hit in 1981 with Tainted Love but were simultaneously like dark saviours to outsiders and freaks, young gay kids –  anyone oppressed by the crushing boredom of conformity : a chink of light in the draylon sofa darkness,: yet were also embraced by the mainstream pop culture, scoring five top 5 singles in the UK. Say Hello, Wave Goodbye, one of their most seminal singles is a tawdry (“ Standing at the doors of the Pink Flamingo crying in the rain “) yet impossibly moving song with a chorus that makes me cry ( and my father too : strangely ;this March, when was in England, I took a picture of him watching the video on YouTube – it is one of his all time favourite songs….)

Not having planned what exactly what we were going to do at the studio our photographer and filmmaker friend Michael had booked for us, we simply stuffed various (some) bizarre items from around our house and took two big suitcases with us down to the fascinating Namba area of Osaka that we were staying in ( D had somehow also picked up, and was wearing, a perfume called Improv – a precise blend of Calvin Klein’s two classics for men, Eternity and Obsession

(gratuitous picture of our cat with Soft Cell records ) 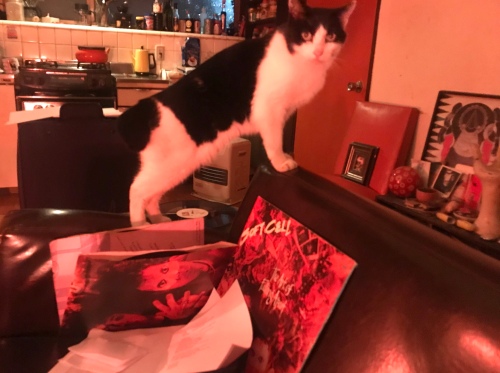 –   which smelled amazing, and formed the weekend’s olfactory soundtrack ( recently I myself have just been wearing pure vetiver essential oil).

Martin, naturally played by me in the video, is plagued by voices, visions, hallucinations; and we acted out this paralyzing fear with a series of monsters and gargoyles played by Duncan – as the blond – and other friends who joined us in Osaka : Michael will juxtapose them and multilayer them with other images later to create a chaotic mayhem of German expressionist monochrome fear 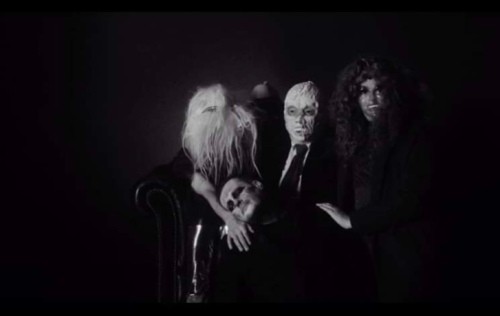 For me, as well as just being a creatively hilarious way to spend a birthday it is also a real exorcising of ghosts : despite the delight I often felt as a child, those times, in my heart, were not easy, and my pop records were my salvation : this track is a visceral explosion of everything at once – and I want our presentation of it to be beautiful, but also unhinge. 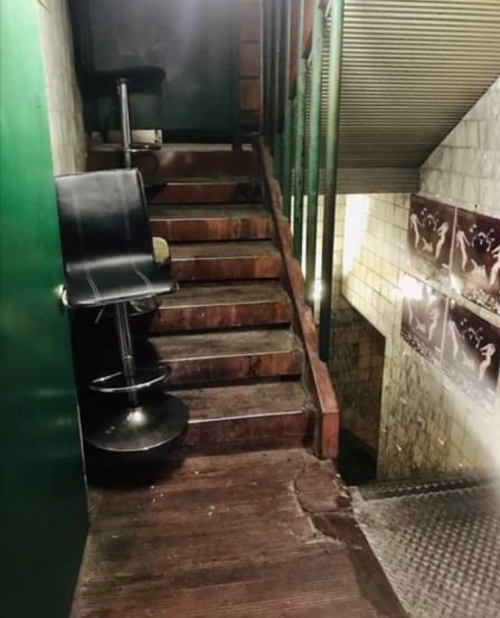 While the first part of the film will be in black and white, suddenly half way through we will plunge into colour. 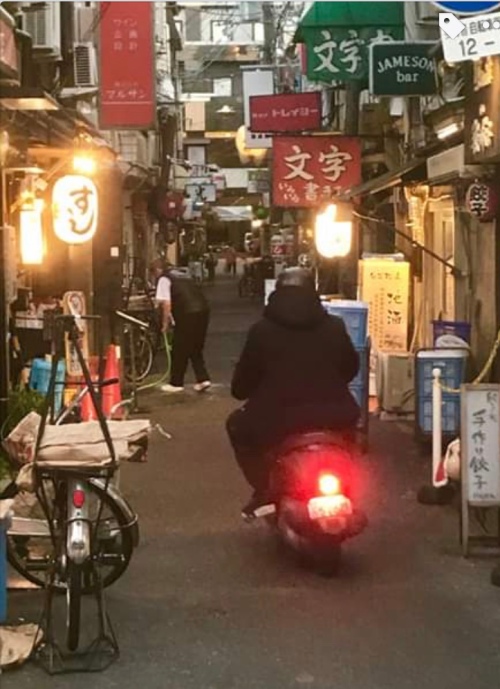 Transformed into Burning Bush, the ramifications of which I don’t quite understand fully but wanted as a complete switch – a parallel world – Michael followed this serene night creature through the streets, down alleyways, over bridges, filmed in front of the glittering city at the top of tall buildings. 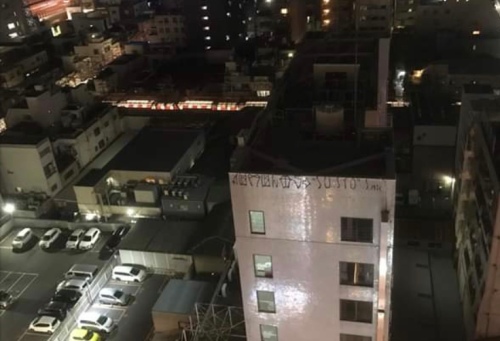 I was wearing – no was DRENCHED in – the 2019 version of L’Interdit ( ‘The Forbidden’), a brand new iteration of a Givenchy Classic ( which I never liked ) that bears no resemblance to its soft woody powdered predecessor. No, this smells like grape bubblegum : tuberose, jasmine sambac, a fruit Poison that while vapid, in profusion emanated a cloud of blase laissez faire that suited the contrast between our nocturnal wanderings, noxious, yet tempting :::seizing the eyes and the noses of passers by ( Chinese children : staring ) as I glided through the streets like a bloodsucking, nonchalant marquis….

The next day, the Monday, was my actual birthday, and we returned to normality and the land of the living.

Lunch at a wonderful old place just next to our hotel

and a fantastic afternoon of trawling around record shops.

The following day was then back to work – shorn and delivered, in the classroom, compressed ::: the song still raging, and echoing, through my head ….