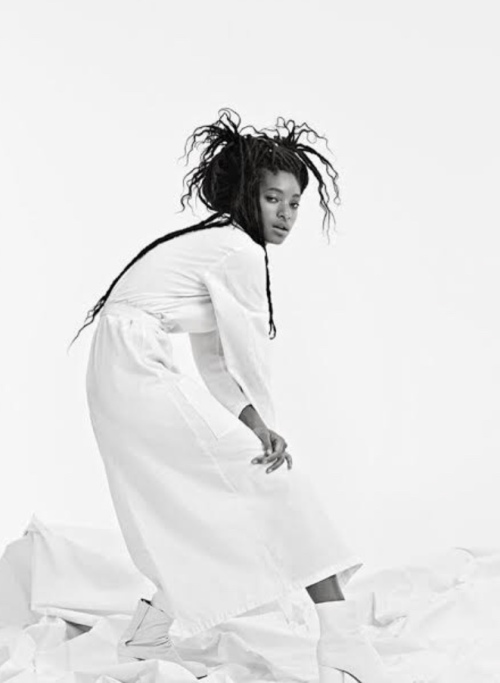 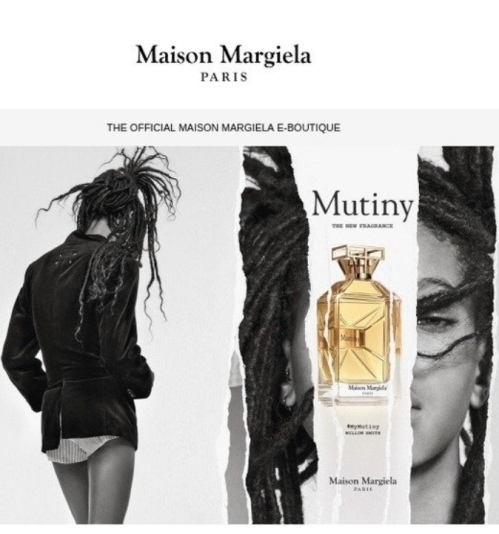 Being something of a mutineer myself, refuting bullshit my entire life in order to find a way of living truthfully, I can relate to a perfume called Mutiny.

If only the perfume contained even an ounce of revolt or rebellion or fury – particularly at this precarious and dangerous moment in time. A pushing back AGAINST something : :  : a firm rejection. Fronted by the zeit-cool Willow Smith, directed by John Galliano on behalf of the fashion iconoclast Martin Margiela, you could be forgiven for expecting to smell something with at least a few microbeads of startle and novelty – a push in some exciting, anti-Nazi, ungendered direction. Something fresh. Unanticipated.

Instead, though not displeasing, what you get is something UTTERLY FAMiLIAR in the Flowerbomb mould; the thick vanilla candy floss that is the sediment in practically every woman’s perfume now ( though this is billed as unisex ), and something tuberosey, another recently prevalent ingredient — in the last Gucci, in Stella’s Pop, and the like: unthreatening, sexy, and there’s nothing wrong with these easy,  off the shoulder, Friday night drinks after work type scents with an eye to hopefully chatting someone up at the bar – the warm fragrance of all the current tropes placing you safely in the nose space of the contemporary acceptable. I only smelled this cursorily at the department store, and  who knows, it might smell very nice on another person, up close, when it melds properly with skin.

What irks me,  though, is the chasm between the ‘concept’ and the execution. It as if with perfume, now, the smell of the creation – the sole reason for its existence – feels almost like an AFTERTHOUGHT. We are not trusted anymore to respond nasally/emotionally to innovation ( I remember the shock of the new of Issey Miyake’s L’Eau  when it debuted, a similar fashion originator to Margiela, whose perfume- which I personally never actually liked – was still undeniably previously unsmelled. The smell ITSELF was the point : it encapsulated a new feeling: of leaving one decade and entering another; it felt futuristic. And the public responded. People DO like newness, originality.)

That intrepid, more avidly risk taking approach has long since been replaced with a bland temerity. So only the images, and the ad campaigns ever hint at something new ( but not really even then : what, actually, is mutinous about a blank pouting stare into the camera ?). The scents themselves are just like doppelgängers, dressed up in the conveyor belt of next season’s ready to wear.